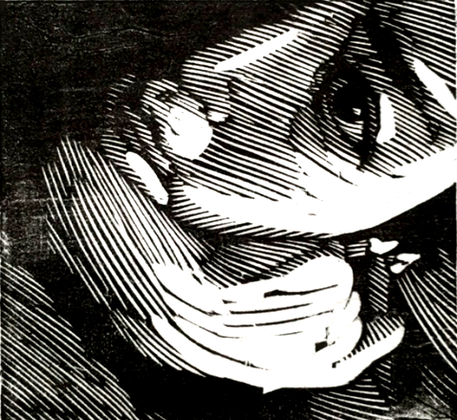 Depression is the feeling of despondency and dejection with a lack of interest or enjoyment in most or all activity. There may be feelings of hopelessness, inadequacy and guilt. It is usually accompanied with low energy, poor appetite and digestion and various other physical symptoms such as headache, insomnia, menstrual disturbances etc.

Depression is approximately twice as common in women as it is in men. Approximately 10–25% of women and 5–12% of men are affected at some stage in their life. Biochemically, it is associated with Monoamine Neurotransmitters, specifically Norepinephrine, Serotonin and Dopamine which is why MAO inhibitors are used in western medicine for Depression.

Mild Depression when reactive to some situation such as a death in the family is completely natural, and typically will dissipate with time. In such cases, gentle sedative medicines can help the person feel more settled and sleep better. Depression that continues after a stressful situation or sad event, or appears without real cause requires medical intervention.

Severe ongoing Depression, is called Major or Clinical Depression. The person is unable to work, study, sleep, eat or enjoy time with friends and family. Normal activities may seem impossible. In the most severe cases, the feeling of hopelessness may lead to suicide.

In Traditional Medicine, Mild Depression is typically associated with Qi Stagnation. It also commonly comes as a result of prolonged deficiency where the person doesn't have the strength to face day-to-day life. Severe and Chronic Depression was classically related to Melancholy, and purging the Melancholy Humor may bring good relief in suitable cases.

Simples:
Simples with Proven Anti-Depressant Effect:
Combinations:
Differential Diagnosis:
Qi Stagnation / Wind
A calm and relaxed disposition is related to the smooth flow of Qi. When the Qi is blocked or erratic, symptoms appear. Stagnation of Qi is closely related to Depression while erratic Qi (Wind) is related to causation of Stress and Anxiety.
Symptoms: Nervous, anxiety, restless; feeling of tension or distention; constantly thinking of the same things, unable to overcome simple problems. Maybe Headache, digestive symptoms etc. Pulse is low or blocked, tongue quivers.

Heart Weakness
As the Heart 'Stores of the Spirit', Heart Weakness causes Deficiency of Spirit while Heart Heart causes restlessness of Spirit.
Symptoms: Depression, Palpitations with Anxiety, scares easily, insomnia, dream-disturbed sleep, deep and weak pulse (fast if there is Heart Fire), Pale Tongue; red tip to the tongue if there is Heart Fire.

Melancholy
Melancholy is closely associated with the concept of Damp in TCM and both have a stagnating quality. Avoiding foods which are hard to digest and strengthening digestion are important aims of treatment.
Symptoms: Depression, Fear, Anxiety without cause; prefers solitude; dull or dark complexion; poor appetite

Spirit Unsettled
This may come after Trauma (such as PTSD), after a Fright or due to long-term Heart weakness.
Symptoms: Insomnia, dream-disturbed sleep, anxiety; distressed look on face, palpitations; pulse is tight or irregular. Tongue maybe has red tip (Heart fire) or Quivers.

4. OTHER HERBS
–A medicinal herb, Melissa officinalis L. ameliorates depressive-like behavior of rats in the forced swimming test via regulating the serotonergic neurotransmitter.
–Berberine attenuates depressive-like behaviors by suppressing neuro-inflammation in stressed mice.
–Effects of Rosmarinus officinalis L. on memory performance, anxiety, depression, and sleep quality in university students: A randomized clinical trial.
–Antidepressant, Anxiolytic and Antinociceptive Activities of Constituents from Rosmarinus Officinalis.
–Antidepressant effects of the water extract from Taraxacum officinale leaves and roots in mice.
–An update on Ayurvedic herb Convolvulus pluricaulis Choisy.
–Antidepressant-like effect of Butea superba in mice exposed to chronic mild stress and its possible mechanism of action.
–Rhodiola rosea versus sertraline for major depressive disorder: A randomized placebo-controlled trial.
–Herbal medicines, other than St. John's Wort, in the treatment of depression: a systematic review.