Introduction to MedicineTraditions
This Web Site has been established to promote the Study and Practice of Traditional Medicine.

While Westerners are often in awe at these exotic Eastern Medical systems with many centuries of history behind them, it is being ignored that the Western Tradition has an equally long history.

The pinnacle of achievement for Traditional Western Medicine was, I believe, during the 17th Century. At this time, many ancient texts and formulas dating back to the Greeks and Arabs were still commonly used; however, the 'modern' (Al)chemical tradition was becoming strong. So there was a rich blend of Traditional Herbal Formulas ('Galenicals'), along with potent mineral and metal medicines. There was also a strong and constant supply of exotic spices and newly introduced medicines from the East, as well as from Africa and the Americas. All this, combined with the relatively new but flourishing printing trade made this period a time of intense learning and growth in all sciences. Many foreign language and Latin texts were being translated and printed into English for the first time; there was truly a wealth of information available. In addition, there were many expeditions, both by land and sea which brought medicines and ideas of how to use them from far away places.

It is important to note at this time that for many centuries there has been a strong cross-communication of ideas and medicines between various cultures. The Arabs and Persians took the works of the Greeks and revised and elaborated upon them. They also acquired the knowledge of the preparation and use of mineral and metal medicines from the Indians, and this knowledge passed through places like Turkey into Europe. Thus, they were partly responsible for the cross-pollination between the East and the West.

The Silk road, long an important trade link for Silk and other commodities also introduced a wealth of Eastern Spices and Medicines to the West. It is also quite clear that the 4 humors of Galen share many similar attributes to the Humoral system of Ayurveda. Chinese medicine was influenced by Ayurveda, and no doubt, this road was 2-way. Tibetan Medicine had direct influence from Ayurveda, which arrived with Buddhism, yet was also influenced by Chinese medicine, and even by the Arabs who are responsible for the use of medicines such as Lapis Lazuli in Tibetan Medicine. Much of this knowledge found its way back to Europe. For example, some medical texts of the 1600's talk about the use of Moxa and Ginseng in China.

European medicine was influenced by various sources at various times. The Ancient Greek writers such as Galen, Hippocrates and Dioscorides laid the foundation around 2000 years ago, and they based much of their works on the ancient Egyptians and Mesopotamians. Even parts of these writers' information (which was largely collected, and not discovered by them) could very possibly have been influenced by Ancient Vedic texts. Around 1000 years ago, the Europeans were also very influenced by certain Arabic and Persian writers such as Gerber (Jabir), Avicenna, and Rhazes, amongst others.

So Europe was already well adapting and adopting other traditional medical systems centuries ago. It is now time to continue this synthesis of the Traditional Medical systems.

The innate similarities between these medical systems make their integration and synthesis relatively easy, and very rewarding.
Why Subscribe to MEDICINETRADITIONS?
By joining MedicineTraditions you'll ...

Why Is this necessary today?
Modern natural medicine in the west has been reduced from its former glory. It is driven by fads, quasi-scientific rationale, and, like modern medicine, tends to be aimed at treating diseases, and reducing symptoms, rather than treating the individual temperament.

Very few animal or mineral medicines are used in modern natural Medicine. Traditional Medicine typically uses around 10% of its medicines derived from Animals and Minerals; interestingly, Modern Western medicine still has about 10% of its medicines primarily derived from Animal or Mineral sources. This does not have to mean supporting the trade of endangered species of Animal; in fact, some of the most used animal medicines are actually animal by-products, such as Honey, Wax, Silkworm Cocoons, Deer Horn, Pearls, Shells, etc.

Most strong, toxic or expensive natural medicines are no longer used (medicines such as Saffron, Gold, Pearl, Arsenic etc.).

Medicines that work on an energy level are no longer used (medicines such as Pearl, Coral, Amber, various Shells, Gems and various animal medicines).

No methods of preparation or purification are used (such as preparing a medicine with Alcohol to enhance its ability to move the Blood or Confecting certain roots to transform them into tonics, such as Elecampane or Sea Holly).

By the standards of Traditional Medicine, very few modern herbalists know how to write a good formula.

For these reasons, this Web Site has been created.

Discover the hidden Wisdom of many Centuries of Human endeavor which is based purely on Natural Law, and lies waiting for you to re-learn and apply.
About Adam Tate
Adam began studying Traditional Medicine in his mid-teens when he obtained an old copy of Culpeper's Herbal. It wasn't only the herbal knowledge that attracted him to this text, it was the insights into the Theory of Traditional Medicine that was scattered throughout the writings of Culpeper. By 16 he had established his own herb garden and when 17, built a large cabinet to store the many jars of dried herbs and roots he had collected himself.

He has made numerous trips to India, China and Tibet studying Chinese, Indian, Tibetan and Unani Traditions and has had personal teachings from Tibetan Folk healers, the Director of the Tibetan Medicine Institute in Lhasa and Professors from the Sichuan University of TCM. He has collected wild herbs in the Himalayas with Tibetan practitioners and has had tours and treatments at various traditional health centers around the World. He has had personal tours by the Director of Men Tsee Kang Pharmaceutical factory in Dharamsala and Tibetan Medicine factories in Lhasa, both of which are normally forbidden access to outsiders. Adam has searched high and wide for detailed and practical knowledge of Traditional Medicine.

From his mid 20's he spent 7 years working with the renowned Dr. Vagif Soultanov at the Aura and Body Center in Melbourne, Australia. Here, he was taught in the traditional therapies of Deep Body Cleansing, Herbal Baths, Herbal Enemas, Juice Therapy, Fasting, and Hyperthermic bath therapy, among other modalities.

Adam has his own unique practice of Traditional Medicine and has been in clinical practice for over 25 years.

He has spent over 25 years assimilating and collecting information from these systems, finding common grounds, and exploring the Materia Medica and Formulas from these ancient systems. He has given numerous talks to Practitioners and at Natural Medicine colleges and has been published in a peer-reviewed journal. 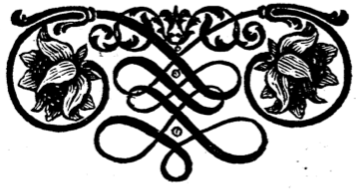