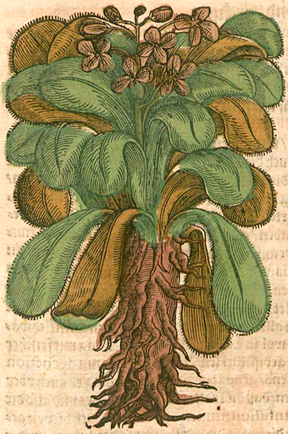 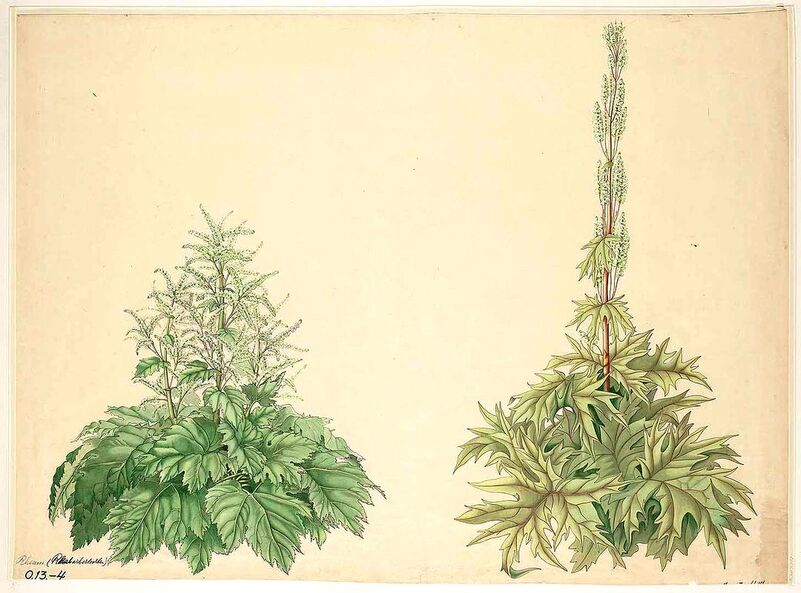 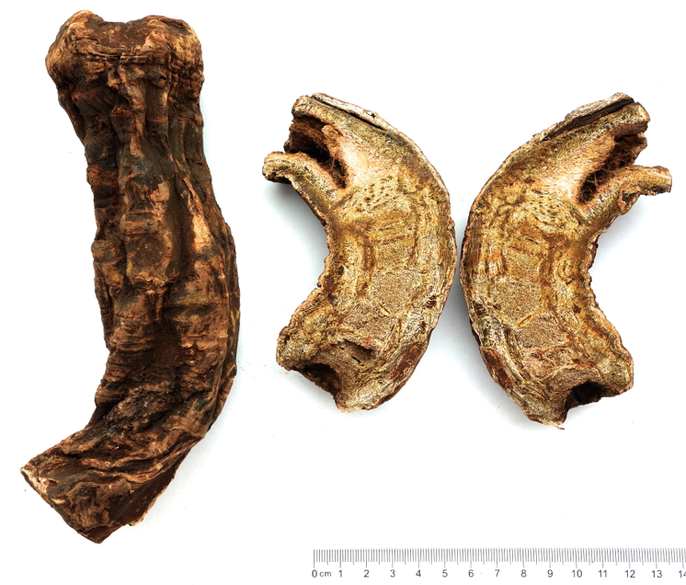 3. Moves the Blood, Clears Stasis (TCM, West, Ayurveda, Tibetan):
-Blood stagnation after Trauma, Bruising, Fractures
-Amenorrhea and Dysmenorrhea
-Tumors and Cancer (inc. Breast, Bowel, Liver, Uterus, Myoma, Melanoma and Leukemia)
-in TCM, the wine-prepared root is used; this makes it stronger, but is not necessary to move the Blood

7. Clears Heat, Stops Bleeding:
-charred Rhubarb has been used in TCM and the West to stop bleeding, especially of the gastrointestinal tract
-Hemoptysis. (Dioscordies)
-bleeding from the bowels with constipation; Dysentery with Blood
-excess Menstruation

9. Externally:
-applied to Boils, Burns, Carbuncles, Herpes and various skin problems with heat and toxin. (wash, powder, or ointment)
-the powder mixed with vinegar was applied to Eczema, Ringworm, Bruises and Burns.
-Dioscorides said ‘it dissipates all inveterate inflammations being applied with water’.
-applied with Wine to Masses, Lumps, Swellings and Tumors
-removes Freckles, Naevus, Moles, and Spots, powdered and mixed with vinegar (Dioscorides, Unani)
-powder is applied to stop Bleeding
-a piece of the root chewed each morning was recommended to preserve health (Matthiolus)

DOSE:
'Rhubarb purges much better in Substance, than either in Decoction, Infusion, or Extract, though given in a double Quantity'. (A Treatise on Foreign Drugs, Geoffroy and Thicknesse, 1749)

Roasting the root or prolonged decocting lessen the purgative effect and either increase astringency or act as an alterative.

PREPARATION:
1. Charred to stop Bleeding. This is also less purgative, less cold, and more astringent. (West and TCM)
i. Take Rhubarb in powder, heat in an iron pan over a moderate fire, stirring constantly with a spatula until it is brown. Let cool and keep for use.
2. Stir-fried with wine to move the Blood. The wine prepared root is also better for the upper body and mental disorders, confusion, madness, delirium and schizophrenia. Note however, Rhubarb was widely used in the West to Move the Blood, but without such preparation, the combination of medicines being enough to cause this effect.
Main Combinations:
Madder & Rhubarb

Rhubarb combines well with Madder to clear Heat and Toxin, as well as for Blood stagnation. Together, they cleanse the Blood, clear Bruising and open obstructions. They have been combined in a number of formulas in both East and West. They have also been used as a stand alone combination, for example Alterative Decoction (Dispensatorium Pharmaceuticum, 1777).

Cautions:
1. Not used in Pregnancy (small doses have been given)
2. Not used in marked weakness (unless well corrected)
3. Caution with Gout due to oxalic acid.
4. Not used in full doses for more than 2 weeks to avoid habituation and electrolyte imbalance.

BREASTFEEDING:
Anthraquinones were not found in breastmilk when nursing mothers were given Rhubarb preparations (See Here)

5. Extract of Rhubarb:
i. Rhubarb, bruised and cut (1 pound); steep in Chicory water (4 pounds) in a gentle heat for 24 hours, then strain. On the residue pour on Spirit of Wine (1 pound) and macerate 6 hours. Decant the clear tincture, mix with the infusion, then evaporate together to an extract.
Dose: half–1 scruple. 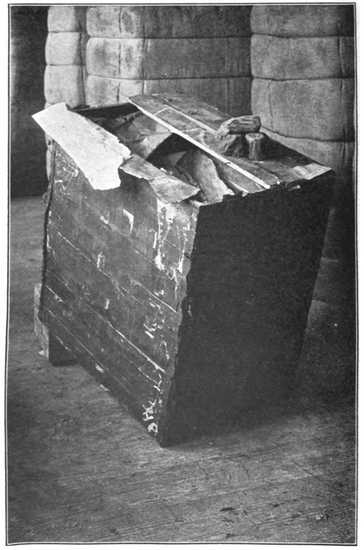 Rhubarb as exported 100 years ago. Wooden case with
yellow tissue paper lining a hermetically sealed inner tin.
Squibb's Atlas of the Official Drugs, Mansfield, 1919
<
>
Click the Tabs above for more information on this Medicine
Copyright © 2015–2021