Introduction
The Preparation of medicines is an art-form all but lost by modern Western herbalists. All Traditional Medical systems used various methods to prepare medicines. It is perhaps the Chinese that have the most detailed and elaborate system of medicinal preparation which they call Pao Zhi. In fact in TCM, certain herbs undergo preparation as a matter of course and are obtained in their prepared form by practitioners for use. This was also standard practice for certain medicines in the western tradition.

Preparation involves processing of medicines by various medicines either to:
a) enhance their medicinal effects
b) remove or reduce toxicity
c) remove certain qualities and enhance other qualities
d) increase their digestibility or absorption
e) facilitate powdering

Preparation is achieved by:
a) Heat
b) use of certain liquids


The use of Heat
Heat is used in various forms and degrees:
a) Dry-frying
b) Stir-frying with a liquid
c) Charring, Roasting or Carbonising
d) Calcining
e) Quenching

a) Dry-frying
Dry-frying involves the use of a moderate heat for a limited time. The herb (usually a root or bark) is stirred over a low heat until it begins to smell and changes to a golden or slightly brown color, but without burning.
In TCM, Dry-frying is sometimes done with some dry ingredients such as Bran, Rice or Earth, but this is peculiar to TCM, so will not be elaborated here.

c) Charring, Roasting or Carbonising
When a greater degree of heat is used, a medicine is charred or carbonised. This method is commonly applied to Hemostatic medicines to increase their Hemostatic effect, and has been applied in both Eastern and Western systems of Traditional Medicine. Examples of herbs prepared like this include Rhubarb, Ginger and Madder.

d) Calcining
Calcining involves higher heat to reduce to ashes and is especially done with certain metal and mineral preparations. Sponge ashes were sometimes used in the west for Scrofula. Some animal medicines were carbonised rather than powdering. This eliminates the bad smell of dried animal medicines while keeping the energetic effect of the medicine. Some animals such as rabbits were burnt to ashes and used for Stones. Toads and Deer horn were also commonly used in their ashed form.

The Bhasma and Kushta of Ayurveda and Unani respectively are types of calcined medicines prepared from Metals, Minerals and Gems, as well as some animal products such as Deer horn. They are elaborate preparations, used in small dose with strong effects.

e) Quenching
Quenching involves heating a medicine, then quenching it into cool water or some other liquid. This is nearly always done with metals and minerals and is done to facilitate pulverisation. In most cases, the item is heated to red-hot before being quenched. This is repeated until the medicine begins to crumble.

a) Warms the Medicine, reduces Cold
When a medicine is Stir-fried gently, it increases its warmth and lessens Coldness. In some cases a Cold medicine is heated to reduce its coldness. For example, when Rhubarb root is stir-fried, it lessens its coldness and bitterness, but enhances its astringent and hemostatic effects. This is also a more gentle way to give Rhubarb to infants or the very weak.

b) Reduces Damp, enhances Digestion
A medicine which is heavy and hard-to-digest may be made easier-to-digest once heated. While this was not commonly done in the west, it is a common method of preparation in TCM for medicines such as Rehmannia. This is also used in TCM to direct a medicine more strongly to the Stomach and digestion; examples include Astragalus Huang Qi, Codonopsis Dang Shen, Atractylodes Bai Zhu, Mandarin peel Chen Pi, Amomum Sha Ren etc.

c) Reduces Toxicity
Heat can be a useful method to reduce toxicity. Many types of toxin are denatured with the application of Heat. Nux Vomica seeds are prepared in TCM by heating in a pit of hot sand until the seeds swell, whereas in Ayurveda the peeled seeds are diced and stir-fried in Sesame oil until golden. Both these methods greatly decrease the toxicity while enhancing the medicinal effect.
The toxicity of various toxic animal medicines is likewise reduced with Heat.

d) Lessens Dispersing effect
Aromatic herbs by nature tend to be dispersing; they move Qi and activate, but can spend and reduce Qi due to their dispersing nature. The application of heat lessens their aromatic effect (usually due to essential oils), thereby lessening this effect.

e) Facilitates Pulverisation
Medicines which are oily, spongy or otherwise difficult to powder may be heated to facilitate pulverisation.
In fact nearly all herbs require some degree of heating to powder properly as even when they seem dry, they usually have some moisture content, and this will lead a powder to go off more quickly.


The use of Liquids
Preparing Medicines with the use of liquids has several advantages:
a) Enhances the effect
b) Eliminates unwanted properties
c) Modify the effect of a Medicine

a) Honey and Sugar Syrup
Honey has a sweet and strengthening effect, and therefore has this effect on a medicine. It helps increase Qi (ie. Astragalus, Licorice, Codonopsis), directs a medicine to the Spleen and Lungs, stops Cough (ie. Coltsfoot flower), and can moderate the harsh effects of a medicine (such as Ephedra).
To prepare with Honey, 20-40% by weight of Honey can be stir-fried with a herb until it is no longer sticky; or the same percentage can be diluted with a little water, then stir-fried until slightly sticky but dry.
Sugar Syrup can be used similarly

b) Vinegar
Vinegar has several effects. It leads a medicine to the Liver, and into the Blood to promote Circulation and relieve Pain. It is also widely used to reduce toxicity.
In general, herbs are soaked in 15-20% vinegar of the volume of the herb until absorbed, then gently stir-fried until dry and aromatic.
In the west, certain toxic herbs such as Black Hellebore were sliced and steeped for 24 hours in Vinegar, then air-dried without heat. This greatly reduces toxicity and increases efficacy.

c) Alcohol
Alcohol helps move the Blood and ease Pain. Many blood herbs such as Dang Gui, Ligusticum Chuan Xiong and Safflower can be prepared with alcohol to facilitate the blood-moving effect. In addition, medicines such as Rhubarb more effectively enter the Blood to move Blood and clear Blood heat when prepared with alcohol.
It can also be used to lead a medicine to the upper part of the Body, although this is unique to TCM and is not a main use of alcohol in preparation.
To prepare with alcohol, usually 20-50% alcohol is used. About 20% by weight is sprinkled over the herb which is stir-fried over a low heat until dry but without being burnt. Some medicines can be steamed with alcohol, then air-dried.
Making a tincture can be thought of as a preparation with alcohol.

d) Salt Water
Salt has the effect of leading a medicine to the Kidneys, and also softening hardness and dispersing lumps. Certain Kidney tonics can be prepared with Salt water to enhance their effect on the Kidneys.
Traditionally, this effect was achieved with the urine of a 7 year old boy, and this has appeared in both eastern and western systems.
To prepare with Salt, a 2-3% salt solution is sprinkled over the herb, or else put into a vessel and shaken with the herbs, then gently stir-fried until dry.

e) Herb Juice
Many different herb juices have been used in the preparation of medicines in both east and west.
In China, the most common herb juice used is Ginger juice. Ginger warms the stomach, promotes Digestion, clears Phlegm and eliminates Nausea. It is important of moderating the nauseating effect of Pinella Ban Xia which is an important medicine to clear Phlegm in TCM. It can also be used to moderate the heaviness of herbs such as Rehmannia. Ginger juice, or a strong decoction or tincture, is used to moisten a herb which is then stir-fried to dryness.

In the West, many herb juices were used, especially in the preparation of Aloe. Aloe was impregnated with certain juices, then dried, most commonly Rose juice (Aloes Rosata) or Violet juice (Angelical Pills, Frankfurt Pills or Aloes Violata). That prepared with Rose juice moderates the harshness of Aloes making it safer and better for the young, old or weak. That prepared with Violet juice was highly regarded to cleanse the Stomach, Liver and Spleen while strengthening the body. It clears Heat, but without being so draining as unprepared Aloes.

When juices are used, they are juiced and left to settle, or otherwise gently boiled. The froth and sediment are discarded, then the clear juice is kept for use.


The Use of Sugar & Honey

The use of Sugar in the Western Tradition is similar to the use of Honey in TCM.

In the west, many medicines were prepared with sugar, either as a conserve or confection. A conserve is a fresh herb or flower beaten with 1–3 times their weight of refined sugar. First any stalks are removed, the herb is cut finely, then it is beaten until well incorporated into the form of a paste which is then dried. Herbs such as Balm, Fumitory, Marjoram, Mint, Pennyroyal, Rue, Sorrel, Sage, Violet and Wormwood, and Flowers such as Borage, Calendula, Coltsfoot, Cowslips, Elder, Hyssop, Lavender, Lily of the Valley, Linden, Mallow, Peony, Rose, Rosemary, Self Heal, Violet and Water Lily are all prepared like this.

Confected (Preserved or Candied) herbs or roots are prepared by cooking with sugar syrup. Hard roots are cut, then soaked or boiled in water to soften them. Then a thick sugar syrup is prepared to which a little Rose water, egg white or aromatics may be added. They are then boiled until the moisture has gone and a sugar-coated medicine is prepared. Once dried they should be brittle like candy and not sticky. It is the same as the Honey-Fried Licorice root (Zhi Gan Cao) of TCM (which in fact, is usually prepared with sugar syrup).

Preparing like this enhances the tonic effect of a medicine, makes it more gentle, and more palatable.
It should be noted that western texts sometimes stated that Honey could be used in place of Sugar, meaning that the effect is similar to using Honey in TCM.

Candied Roots regarded as Tonic and strengthening include Angelica, Calamus, Elecampane, Sea Holly, Scorzonera and Ginger. The same can be done with various fruits and nuts including Chebulic Myrobalan, Nutmeg, Walnuts, Almonds etc. which likewise makes them more tonic. 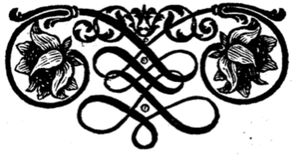