Medicines used in the Various Systems

The following Table illustrates which Medicines are used in various Traditional Medicine systems. It serves to show that a number of Medicines have been used in many systems, and were previously used in the Western Tradition, yet many are not used today by modern western Herbalists and Naturopaths.

The list may not be fully correct in that it is uncertain if certain medicines, particularly with Sumerian Medicine, were used or not. So that in some case a blank space means ‘uncertain’ rather than ‘not used’.

Likewise, some Medicines are given as blank in a Medical system, where we may occasionally find that medicine used. The list therefore serves to show medicines ‘typically used’ in a system, not if it has rarely been used. 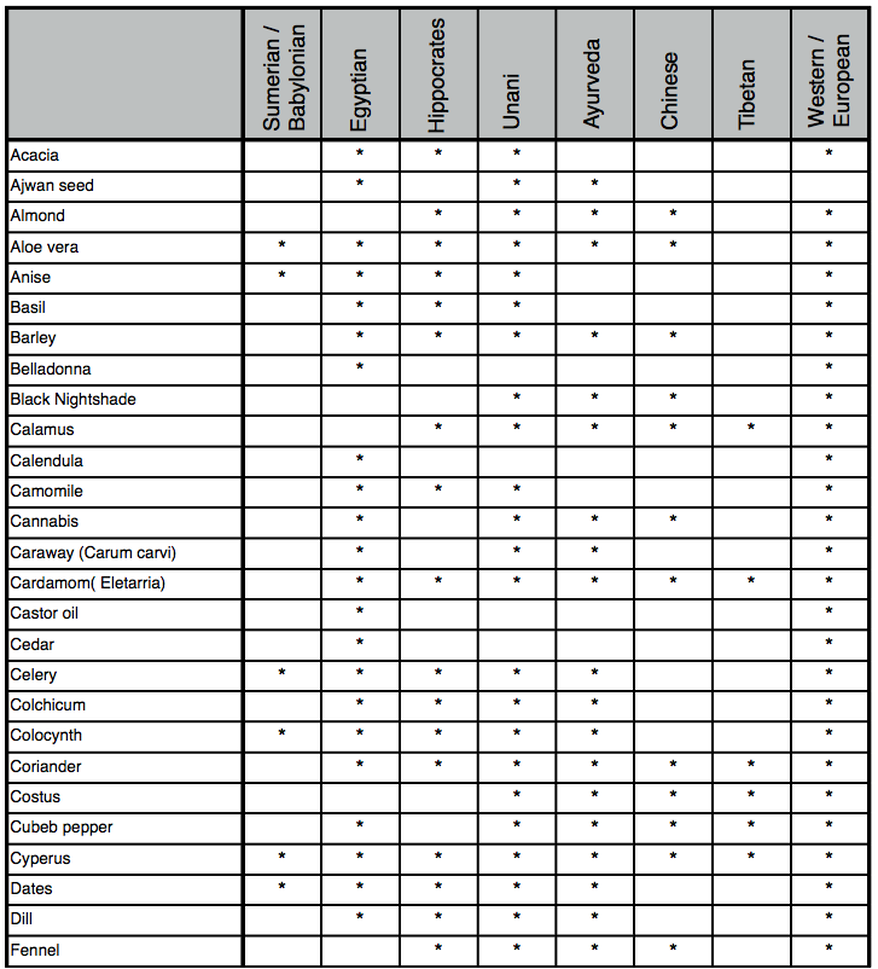 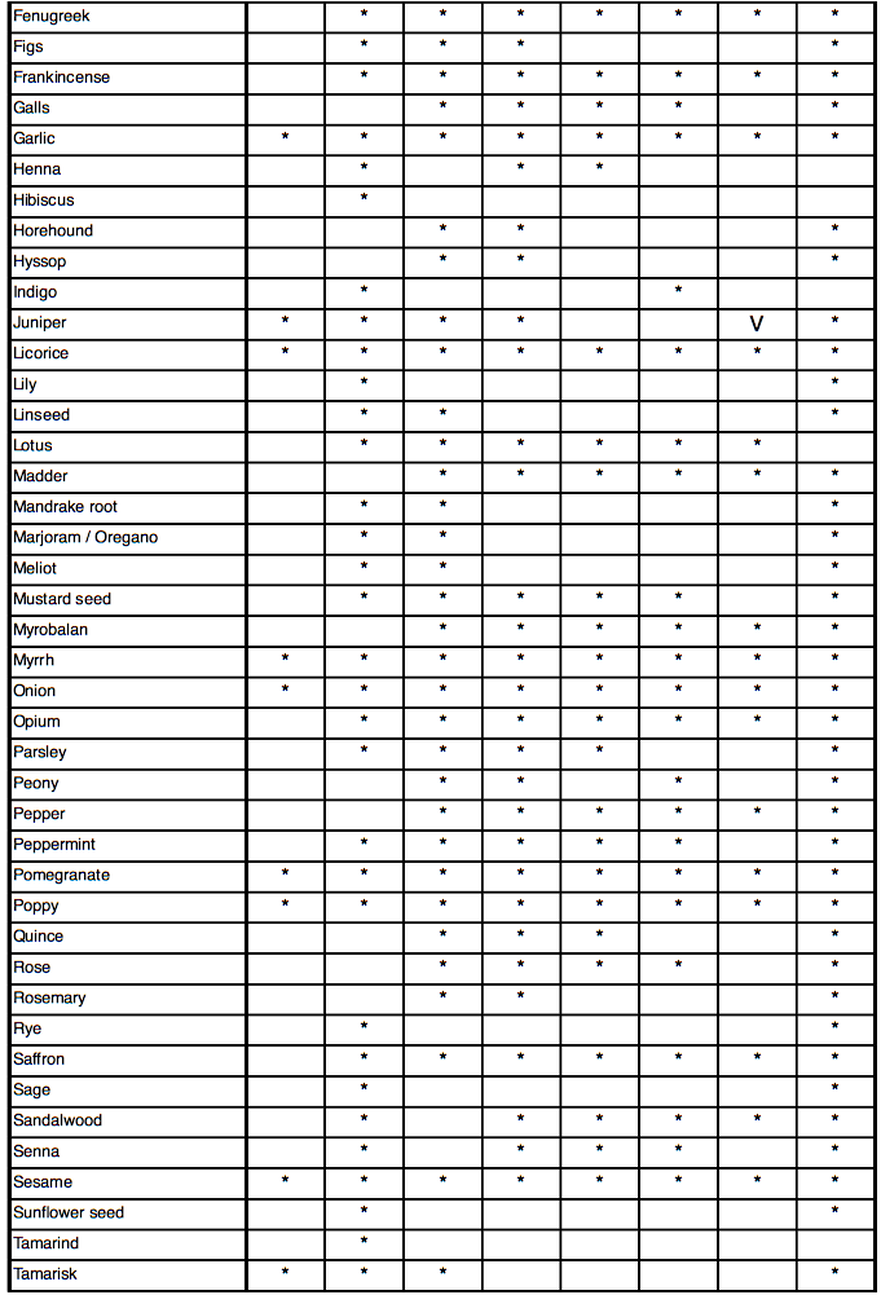 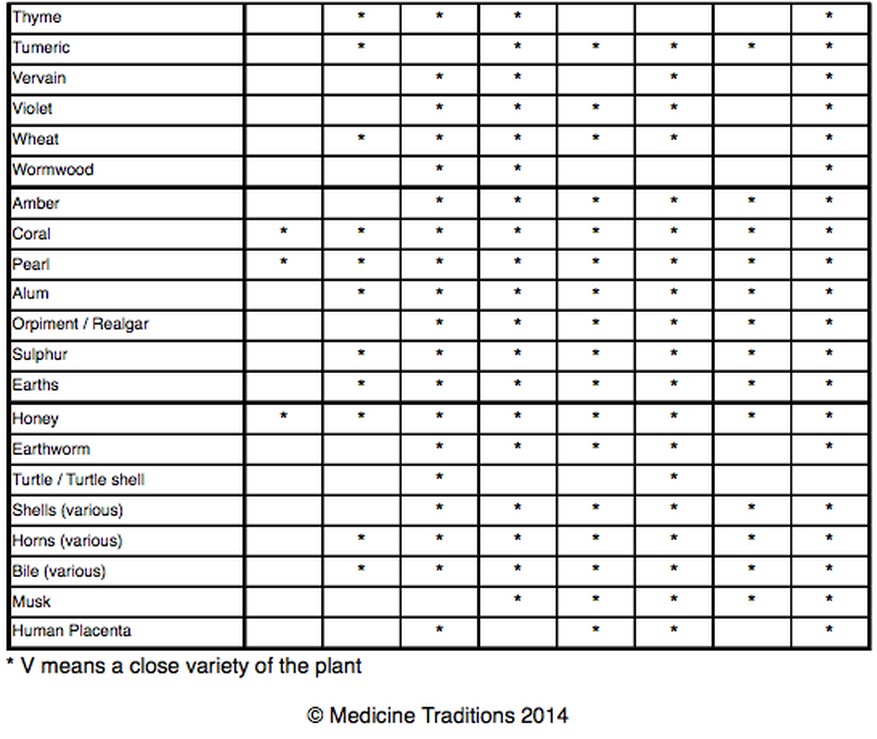