Taste is a very important aspect of the way a Herb works, and helps greatly to suggest the activity of a given Medicine. Taste has been recognised as important in all Medicine Traditions.

The primary Tastes with their general effects are as follows:

The effects of Tastes from Ayurveda: 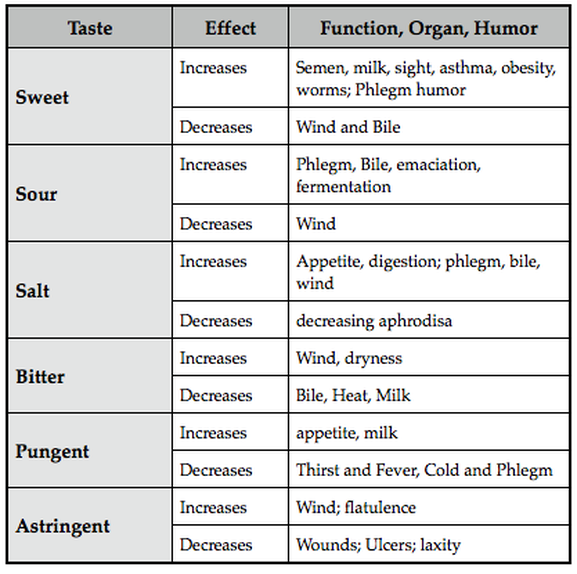 The effect of Taste from Unani: 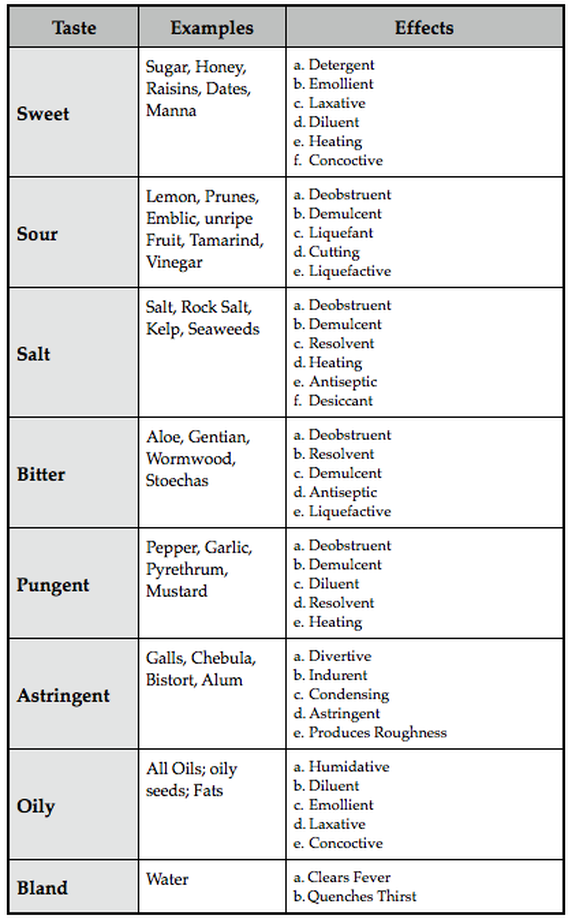 The Elements associated with the Tastes: 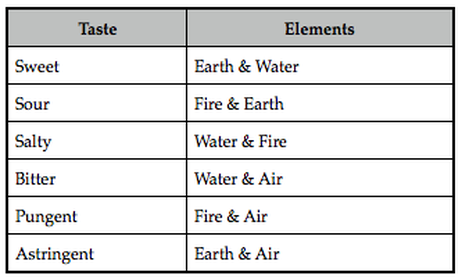