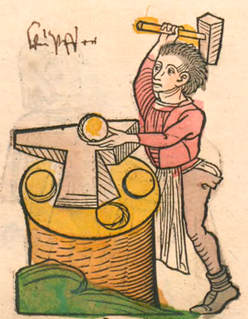 Properties:
Atomic number: 29
Hardness: 2.5-3.
Specific Gravity: 8.93
Cubic crystalline system, and in the crystal forms of hexahedron, tetrahedron, dodecahedron, or rarely octahedron.
It is a very good conductor of both heat and electricity, being second to Silver.
Melts at 1083 C, and Boils at 2350 C.
Soluble in HNO3.

2. Clears Damp, Promotes Urine
-Edema, Urinary Diseases
-Gout, Rheumatism; it can
-helps clear both fat and water, and is good for the overweight and those with fluid retention (Bhasma)
-'Strengthens the Reins {Kidneys] to perform their duty’. (Spirit of Copper)

4. Benefits the Liver and Blood:
-Anemia and blood weakness. (Bhasma)
-used after severe hemorrhage (Thomas, The Eclectic Practice of Medicine, 1907)
-Colloidal Copper has been used for greying hair (and farmers give Copper supplements to turn greying black sheep black again).
-strengthens the Eyes, used for Eye diseases associated with deficiency
-Modern research has shown Copper preparations to be Hepatoprotective.

5. Strengthens the Kidneys and Uterus:
-‘Generally, it strengthens the parts dedicated to Generation’ (Salmon)
-nourishes the Semen, strengthens the Womb, and has been considered Aphrodisiac
-Rasayana (tonic to the 7 Body Tissues) and Rejuvenative. (Bhasma)
-Spirit of Copper was used to Warm a Cold Womb, for fits of the Mother, and to promote Menstruation.

6. Strengthens Stomach, Promotes Digestion:
-increase the digestive fire and as a mild purgative (Bhasma)
-Obesity, Colic, Dyspepsia with Acidity, Abdominal Pain, Gastritis
-obstinate Abdominal diseases including Ascites, Abdominal Enlargement, Abdominal Swelling.
-‘corroborate the Ventricle, and correct crudities’. (Spirit of Copper)
-Copper has been used for Gastritis, Abdominal Pain, and has been proven to be useful in the treatment of Gastric Ulcers.

8. Kills Worms:
-Worms and Parasites
-Copper oxide has been used for Worms

9. Externally:
-Externally Copper oxide in an ointment (3-5%) for chronic indurated glands and Varicose Ulcers, Arthritis, Myalgia and Orchitis
-a Copper coin has been bound to the umbilicus for Umbilical Hernia in infants

To CALCINE COPPER (West):
1. By Reverberation, where the filings are fired in a potters furnace, which must afterwards be beaten to a Calx;
2. By Immersion in Aqua Fortis, Oil of Sulphur, or Vitriol, which you may precipitate with warm water, or by casting in some Iron or Silver.
Main Combinations:

Cautions:
1. The metal Copper is generally considered non-toxic, and water pipes and cooking utensils made from Copper have never been related to toxic effects, unlike such metals as Aluminium and Lead. Copper salts, however, are always poisonous. Toxic symptoms of excessive levels Copper can result in Liver cirrhosis, jaundice, anemia and arthritis.
2. Excess amounts of Copper increases tissue peroxidation and displaces Zinc.

From Ayurveda:
1. According to Ayurveda, Copper, Copper Sulphate, Brass, and Bell Metal if used without purification, or if the Bhasma is incorrectly made can cause Nausea, Vomiting, Dizziness, Leprosy, burning sensations, Diarrhea, Colic and Fainting. It impairs longevity, beauty, semen and strength.
2. Sour foods are forbidden while Copper preparations are being taken. (Ayurveda)
3. Research has shown calcined Native Copper loses most of its Arsenic contamination. This proves the importance of using heat in preparing metals.

1. COPPER WATER.
10 Copper coins (pennies etc) should be washed in Lime water. Put them into a liter of water and boil down to half. This is taken in doses of 2 teaspoonfuls, 2 or 3 times daily for Liver, Spleen and Lymphatic disorders, as well as to clear excess water

2. WATER of VENUS.
‘It is distilled by a Retort from filings of Copper set some weeks in a moist Cellar, and is best preformed in the increase or full of the Moon. Where note, that after extraction of what will come, the remainder may be put again to dissolve, and be distilled as before’. (Salmon)

3. SPIRIT of VENUS.
‘It is distilled by a Retort from the Vitriol of Venus (Verdigris)’. (Pharmacopeia Bateana)
Another from Lemery: Fill a glass Retort 2 thirds full with Crystals of Venus (Verdigris), and put it in sand, fit to it a large receiver, luting well. Give it a gentle fire at first to drive out the phlegm, which will be in about 6 hours. (At this point the Phlegm may be added back to its Caput Mortum so that the Volatile Spirit distills off easier) Then gradually increase the fire which will bring over the Spirit; keep increasing, and white clouds will fill the receiver; at last increase the fire ‘to the last degree, to force over all the Spirits’, which will take about 5 days altogether. When cool, unlute and decant the Spirit into a glass body, separate the Red Spirits from the White, and Rectify them by themselves. (The Black mass left in the bottom can be reformed into Copper if it is heated with a fire of fusion with the addition of a little Saltpeter.)
‘It is the greatest Arcanum for the cure of the Epilepsy; it corroborates the Ventricle, corrects crudities, warms a Cold Womb, cures the Suffocation thereof, or fits of the Mother, moves or Provokes the Courses, and Strengthens the Reins to perform their duty’.
‘It is a Specific against the Epilepsy, Palsy, Apoplexy, and other diseases of the Head and Brain’.
Paracelsus praised it as excellent, calling it Acetosus Esurinus, saying it was stronger then the Spirit of Vitriol.
Dose: 5-10, or 12 drops, taken in broth with sharp things in it, or it will cause vomiting. (Pharmacopeia Bateana, Schroder, Salmon)

4. SPIRIT and OIL of COPPER. (Closseus)
Vitriol of Copper                            12 lbs.
Distil in a Retort with a gentle heat until all its phlegm comes off; cohobate it often upon its own Colcothar, so the Volatile Spirits will ascend easier; then increase the fire gradually for 5 days till all the first body be brought over; separate the White liquor from the Red oil, and rectify them separately.
‘Wonderful Remedies in the Falling Sickness’. The body was first to be purged with the ‘Red Flowers of Antimony’. Dose: 8-10 drops in broth well seasoned with sharp things ‘lest it cause vomiting’. (Schroder, Salmon)

5. OIL of COPPER.
‘Dissolve the filings in Spirit of Salt, then distill by a retort, and the Spirit will ascend impregnated with the Essence of Venus’.
Used for all obstructions of the Liver, Spleen and Womb. Up to 7 grains may be given in an appropriate vehicle. (Salmon)
Research
© MedicineTradition 2015–2022