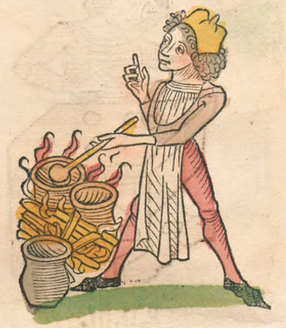 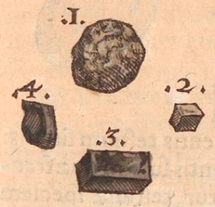 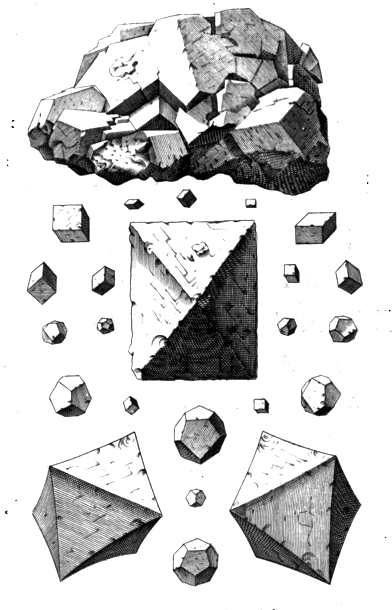 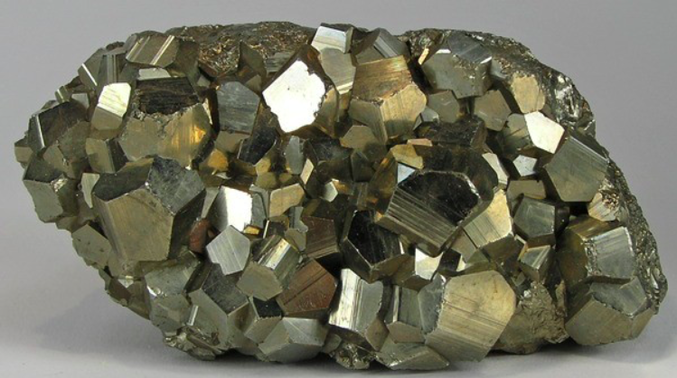 Mineralogical Name:
Pyritum
Pyrite is a compound of Iron, Copper and Sulphur. That in which Iron is more dominant is called Iron Pyrites (here), that with more Copper is called Copper Pyrite.
Marcasite is the same as Pyrite chemically, just of a different crystal form.

Parts used:
Prepared mineral
Several types of Pyrites were traditionally recognised (Lexicon of Alchemy):
Avicenna recognised Marcasites of Gold, Silver, Copper and Iron. Dioscorides preferred Copper Pyrites for medicine. Traditional Ayurvedic texts consider Pyrites of Copper and Iron to be similar in effect, but that of Copper to be best. Tibetan Medicine likewise recognised Iron and Copper Pyrite and uses them the same.

Preparation:
1. Calcined Pyrite:
It is calcined to reduce its poison.

Purification of Iron Pyrite (Ayurveda)
Several methods of purification may be used:
1.  Iron Pyrite is mixed with a quarter its quantity of Sulphur. It is triturated for a day in mortar with Lemon juice. It is then washed and dried. This process is repeated 7 times.
2. Iron Pyrite is to be boiled with decoction of Adhatoda vasica and Triphala.
3. Heat until red hot, then quench in a decoction of Triphala. Repeat 7 times.
4. Iron Pyrite may be purified as for Copper Pyrite.

Purification of Marcasite. (Ayurveda)
3 parts of powdered Marcasite is mixed with 1 part of Rock Salt and 5 parts fresh Lemon juice. The mixture is put into an iron pan with a thick base and heated over a fire. After the juice evaporates, the powder is heated and stirred constantly until the pan is red hot. Then remove from the fire, and let cool. When cool, the powder should be washed with water 4 or 6 times to remove the Salt. This may then be submitted to Bhasma.
Main Combinations:
1. Trauma, Bruising, Pyrite with Frankincense, Myrrh, Dragons Blood (internally and topically)
2. Pain from Blood stagnation, Pyrite with Paeonia Chi Shao
3. Fractures:
i. Pyrite with animal bone (traditionally Tiger bone, now other animal bone is used). (TCM)
ii. Pyrite with Dang Gui, Notoperygium Qiang Huo, Drynaria Gu Sui Bu, Frankincense (Ru Xiang)
4. Wind-Cold-Damp Joint pain, Pyrite with Myrrh (Mo Yao), Frankincense (Ru Xiang), Cinnamon twig (Gui Zhi), Achyranthes Niu Xi, Eucommia Du Zhong, Saposhnikovia Fang Feng, Ephedra Ma Huang, Licorice (as in Shu Feng Ding Tong Wan)
5. To stop Bleeding, Pyrite with Red Coral, Plantain seed (Paracelsus)
6. Topically for hard swellings, make a plaster of Pyrite with Pine resin (Avicenna)
7. Pyrite is painted on with vinegar for leukoderma, pityriasis and freckles (Avicenna)
8. To remove excess growth of flesh in Ulcers, Pyrite with Orpiment (Avicenna)

Cautions:
1. Usually only used on a short-term basis, 7–10 days maximum without a break.
2. Cautiously in Blood deficiency.

Main Preparations used:
Bhasma
<
>
Click the Tabs above for more information on this Medicine
1. Mineralogical and chemical changes in pyrite after traditional processing for use in medicines.
© MedicineTradition 2015–2022