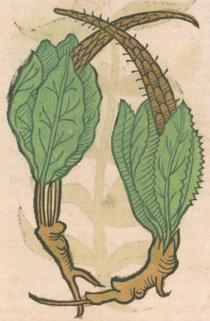 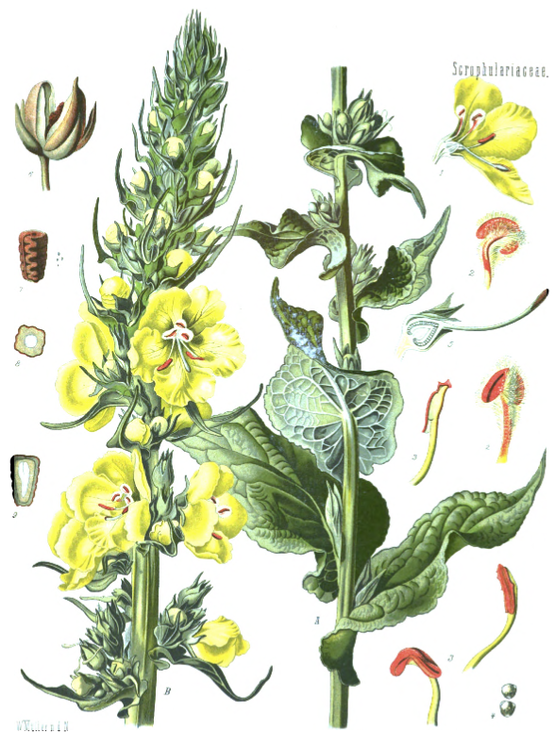 2. Clears Phlegm, Resists Poison, Resolves Swellings:
-‘The decoction of the root and the leaves, is of great effect to dissolve the tumors, swellings, or inflammations of the Throat’ (Culpeper)
-Tonsillitis, Malignant Sore Throat, and various swellings and tumors of the throat (internally, and as a gargle);
-Scrofula, Lymphadenitis, various Nodes, Tumors and Cancer; Toxic Sores in TCM
-chronic appendicitis in TCM.
-root is an effective Febrifuge, effective in various Fevers (decocted in water and wine)
-Also for Chicken Pox, Measles and Mumps

3. Nourishes the Sinews, Stop Wind and Spasms:
-stiffness of the Sinews, Cramps, Convulsions (esp. Root); inflammatory conditions of the bones, sinews and joints
-Epilepsy; most used for Convulsion and Epilepsy in children

4. Clears Heat, Stops Leakages and Bleeding:
-leakages or bleeding from the Lungs or Bowels;
-painful Diarrhea, and Dysentery, with or without blood.
-listed by Gerard as being ‘good for them that are broken internally’. (Often decocted in Red wine)

5. Benefits the Heart and Circulation, Moves the Blood:
-Palpitations, irregular heartbeats and Angina.
-varicose veins and ulcers.
-Long used for the pain and swelling of Hemorrhoids.

7. Tonic:
-Potter, in his Compend of Materia Medica (1902) said ‘highly praised as a substitute for Cod-liver Oil in phthisis and other wasting diseases’. (decocted in Milk or taken with Honey for this purpose)

8. Externally:
-catarrhal Deafness, degeneration of hearing
-Earache, sores and ulcers of the Ear.
-juice is rubbed onto Warts
-juice was used to draw Thorns and Splinters from the flesh
-wash or poultice for heat and swelling of the Eyes (flowers steeped in Rose Water is good).
-mouthwash to eases Toothache (esp. Root decoction).
-leaves boiled in Vinegar and applied to Foul Sores and Ulcers, as well as various Swellings and Tumors.
-contracted Sinews and Rheumatic complaints
-‘The seed bruised and boiled in wine, and laid on any member that has been out of joint, and newly set again, takes away all swelling and pain’ (Culpeper).
-Ashes of the herb made into a wash restore grey hair to its original color.

DOSE:
1. Decocted in Milk for chest or bowel disorders including bleeding of these organs, and to nourish the Yin.
2. Decocted in Wine for pain, inflammation and to move the Blood, both internally and externally.
3. Decocted in Vinegar for topical application to Swellings and Tumors and acute Sore Throat.