Unicorn horn was listed in a number of traditional formula, usually against Heat, Poison, and Infectious diseases. Its use is similar to the use of Rhinoceros horn in TCM. For a long time, the exact source of this medicine was obscure. It has been said that sailors in northern waters would sometimes see horses on the beaches of Islands, and when they landed they would find long, pointed, spiral horns. This, perhaps, is the origin of the mythical Unicorn–the horse with a horn on its head. The horn, however, is from the Narwhal, and was revered as a potent medicine against Poison and Infectious diseases. 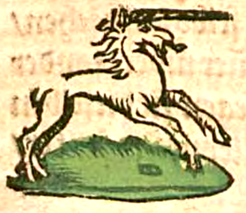 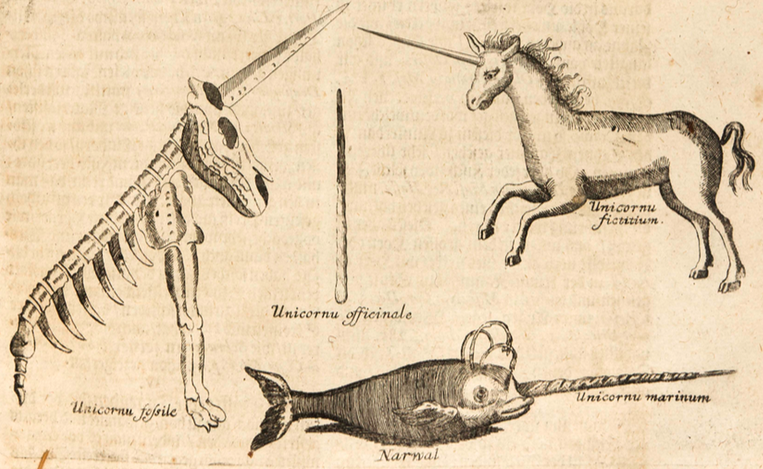 Illustration of both the mythical and true Unicorn (Narwhal)
Museum Museorum, Valentini, 1704 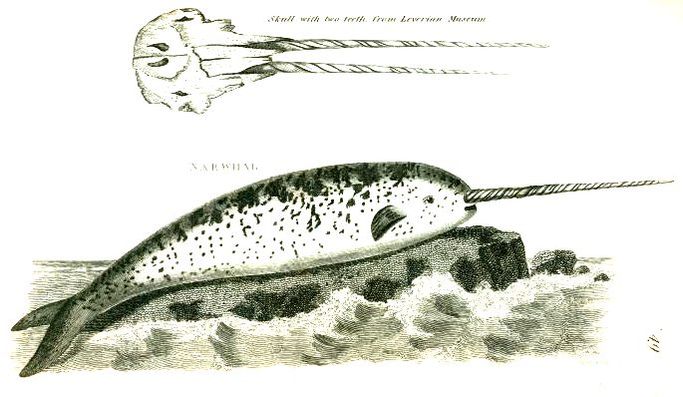 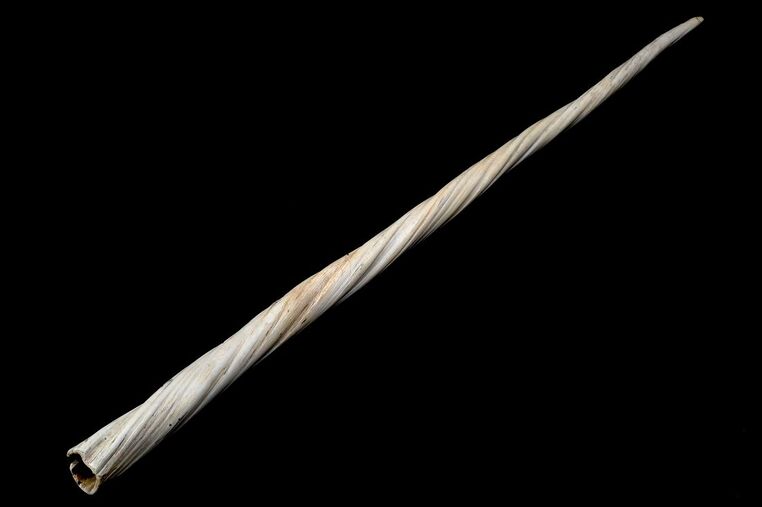 2. Cheers the Heart:
-used in Cordial preparations (especially the gelatin)

Substitutes:
1. 'Unicorn' horn was used similarly to Rhinoceros horn in TCM. Both are used against Heat and Poison, and both were highly regarded for that purpose. TCM now considers the extract of Water Buffalo horn as an acceptable substitute for Rhino horn, and this may be used in place of Unicorn horn. The dose should be 10-fold, but the 10:1 extracts available may be used on a 1:1 basis in formula.
2. It was also accounted very similar to Ivory.
Main Combinations:
1. A Gelatin was prepared with a little Saffron and Cochineal, and this was used as a Cordial.

Cautions:
1. It is Cold, so generally only used in cases with Heat.