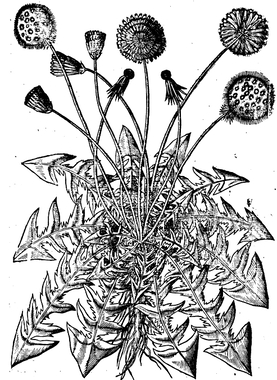 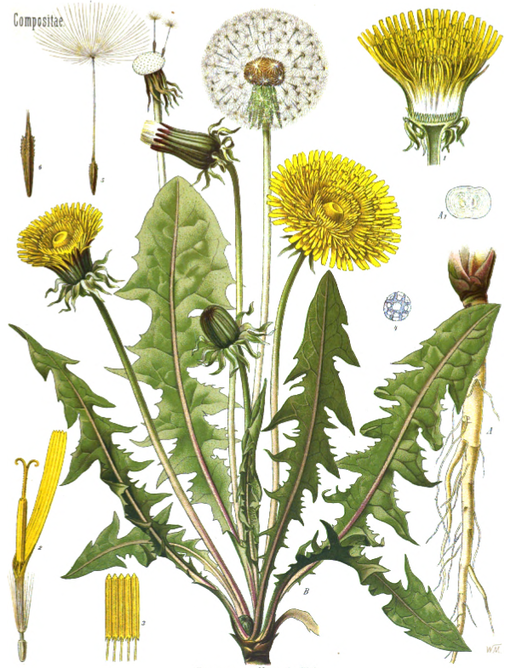 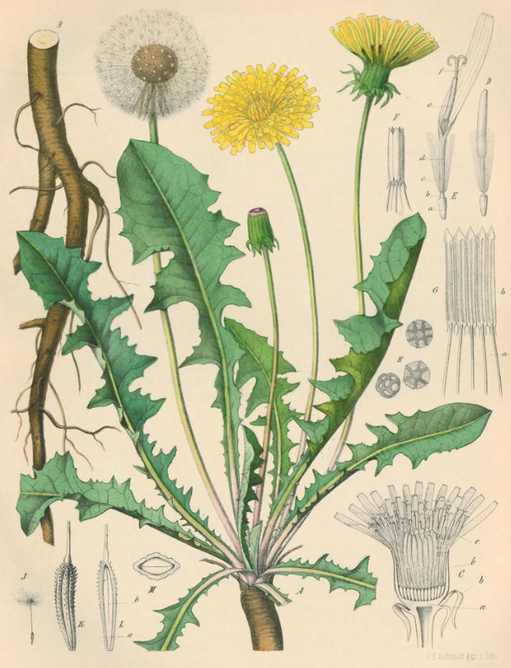 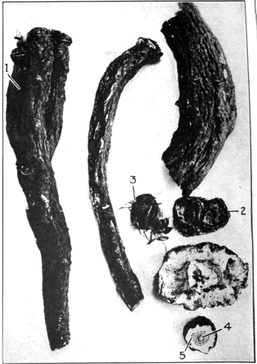 Parts used:
Root, leaf, or whole plant
Root is most used in the Western Tradition
The whole plant is used in TCM and has been used in Europe.

2. Clears Heat and Toxins, Resolves Swellings (TCM, West):
-Abscesses, Boils, and Mastitis, as well as Ulcers; it can be used internally and topically.
-chronic Lymph Swellings and Lymphadenitis;
-internal abscesses of the Intestines or Breast.
-Breast Cancer and other Cancers, especially when related to Liver heat and toxin.
-In Tibet, Taraxacum tibetanum is used to treat poisoning caused by the use of precious stones and metals.

4. Promotes Milk:
-In TCM it is used for insufficient lactation associated with heat.

6. Externally:
-A drop of the milk was dropped into the eyes 3 times daily to heal spots, wounds and ulcers of them (Salmon)
-the fresh milk juice was painted in the eyes to remove corneal patches. (Künzle, Salvia 1921)
-the milky latex can be applied to remove freckles and warts.
-American Indians applied a paste of the leaves to fractures

Cautions:
1. Not used in Cold and weak digestion

1. Dandelion Juice:
i. Fresh root and herb of Dandelion, bruise in a stone mortar, express, set aside, then filter the juice. Add 1 dram of alcohol to each pound of juice. Dose: 1–4 oz. (Pharmacopoeia Herbipolitania, 1796)

2. Extract of Dandelion:
i. Fresh Dandelion root (1 lb.), Boiling Water (1 gallon). Macerate 24 hours, then boil to half. Strain while hot and evaporate to a proper consistency.
ii. Some versions required both herb and root.
Copyright © 2015–2020