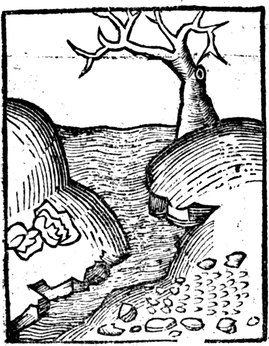 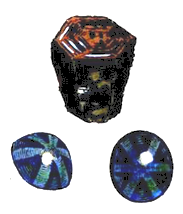 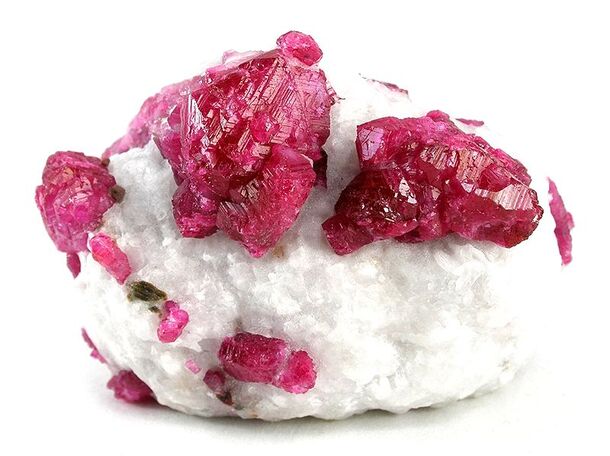 Properties:
Hardness: 9;
Specific Gravity: 3.9-4.16.
Of the Trigonal crystal system, in the form of Rhombohedra, columns, twins, plates and bipyramids.
Both Ruby and Sapphire sometimes show yellow luminescence.
Insoluble in acids.

Constituents:
Aluminium oxide (Al2O3)
Chromium is responsible for the color
Uses:
1. Clears Heat and Poison (Ayurveda, Tibetan, West, Unani):
-Fevers, Infectious Disease;
-Protects against the Plague, Infectious Diseases, and to neutralise Poison.
-quickens the clearing of toxins from the body: it ‘Chases away the most powerful and most hidden Poison’ (Hildegard).
-Bhasma is used in Ayurveda for Poison, Pains, Boils, Ulcers and Consumption, and to remove sensation of heat or burning of the limbs
-against all Poison in Unani and Tibetan Medicine.
-traditionally for the effects of Evil Spirits.

3. Strengthen Qi, Nourishes Essence: (Ayurveda, Tibetan, West, Unani):
-‘Ruby suppresses all diseases of the Human body’ (Hildegard).
-Tibetan Medicine also says it has an overall beneficial effect on the body.
-Ayurveda uses the Bhasma to prolong life by being Rasayana (a tonic to the 7 Body tissues);
-used for Consumption and Melancholy in Unani.
-The Royal Chemist (1670): ‘Ruby hath in itself the effect of all precious stones’.
-Red Spinel (a Ruby substitute) is used for general Weakness, as a Seminal tonic, and for Longevity (Ayurveda)

4. Benefits the Stomach:
-in Ayurveda to increase the digestive heat and resolve Ama (residues from undigested food)
-used as an Appetiser in Unani.

6. Benefits Vision:
-has been used as a collyrium for Poor Vision in Unani;
-Bhasma has been used for Eye disorders in Ayurveda.

Dose:
Ayurveda uses 60–125mg doses of either the Bhasma, or the levigated powder, usually in Butter, Ghee or Honey. Up to 500mg of the finely levigated powder was used in the West.

Magical Uses:
-worn to prevent against Poison and Plague (or taken internally)
-worn, it drives away Sadness, Melancholy, Evil thoughts, Nightmares and Evil Spirits
-said to protect the wearer, and to become dark or dull if they're in danger
Main Combinations:
1. Often combined with other precious stones.