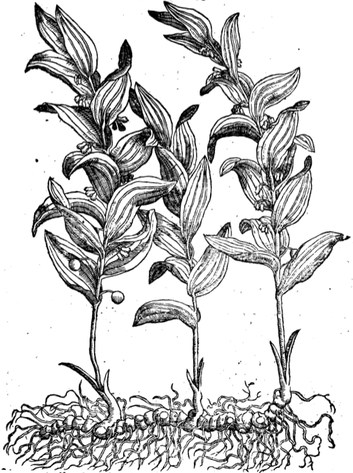 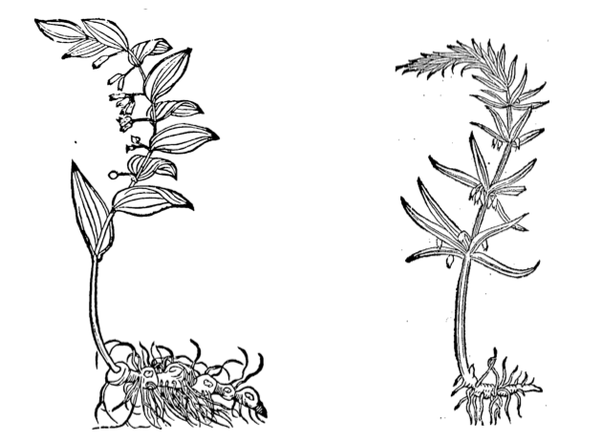 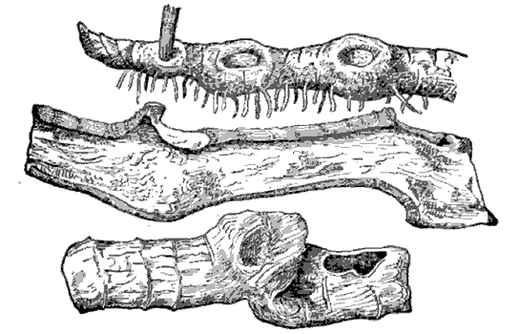 P. biflorum is the American Soloman's Seal with similar properties to the European variety.

4. Externally:
-Gout, Arthritis, Rheumatism, Limb pain, chew the root and apply topically; or in poultices, plasters or ointments
-very beneficial applied to Dislocations and Fractures
-Distilled Water has been much used as a cosmetic (since the time of Galen)
-applied to Spots, Scars, Scabs, Marks and even Pock marks of the skin
-externally for Freckles, Sun Burn, Morphew, Scabs and the rash of Measles and Small Pox.
-good application to Boils, Sores, Carbuncles, Furuncle as well as various forms of skin irritation.
-strong wash is used for Lice and Knits of the hair.
-Bruises, Hematoma, Ecchymoses


NARROW-LEAVED SOLOMAN'S SEAL (Huang Jing)
1. Tonifies the Spleen, Benefits Qi:
-debility after prolonged illness, and used as a restorative in chronic wasting disease.
-used for Deficiency of the Qi and Blood.

NOTE:
1. Despite their differing categories in TCM (one a Qi tonic, the other a Yin tonic), both varieties of Soloman's Seal are similar in function and use. Yu Zhu is synonymous with the western Soloman's Seal and may be used in its place. Both varieties were used similarly in the Western Tradition.
2. Soloman's Seal is similar to Comfrey, the two were often combined. Both are classed as Yin tonics, thereby being Cool and moist. However, they both also demonstrate astringent effects, generally viewed as 'drying'. They are very effective when combined for chronic diseases of the Bones and Joints, as well as for Fractures, Dislocation, Wounds and Hernia.

SUBSTITUTE:
1. Asparagus root has been used as a substitute
2. In some instances, Comfrey can be used

Cautions:
1. Not suitable for use in cases with excess Phlegm or Damp
2. Consumption of the berries has resulted in fatalities in children. (Gessner, The Poison and Medicinal Plants of Central Europe)