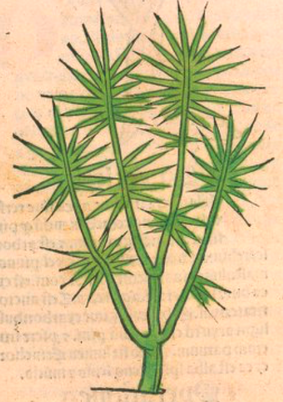 Parts used:
Obtained by slow, dry and descending distillation of wood chips from various conifers.
Consists of half-burnt resin, empyreumatic oil and acetic acid.
It is a black-brown, tenacious, semi-transparent liquid, thick like molasses with a resinous odor and a bitter, resinous taste.

Dose:
Tar Water has been viewed as the best way to use it internally, although it was added to pills etc. too.
It has been given in Milk, as Tar Water, or in Pills.
Dose is 2–5 grains (or 20–60 drops), three times daily.
Tar Water: 2–3 oz. for children, 8–16 oz. for an adult. Sugar can be added to taste.
Mostly used externally.

Preparation:
'Pitch is sometimes used in form of powder,and is prepared on this manner: Take one part of Pitch and twenty parts of water, then boil together in a great pot, till such time as that the Pitch do no more smell as It was want to do, and be molten again together: then let fall one or two drops upon a cold stone, and if (it being cold) thou canst rub it to powder between thy fingers, it is sufficiently prepared'. (Wirtzung)

Substitutes:
1. The White Birch yields a similar type of empyreumatic oil (called Oleum Rusci) which is used similarly.
Main Combinations:
1. Chronic Bronchitis:
i. Tar, Licorice powder, equal parts. Form pills.
2. Pulmonary Tuberculosis:
i. Make pills of Tar and Elecampane powder. (Niemann)
ii. make pills with Tar, Licorice, Orris root (Pharmacopoeia Sardoa, 1773)
3. Leprosy: 'Dr. Cullen met with a singular practice respecting Tar. A leg of mutton was put to roast, being basted during the whole process with tar instead of butter. Whilst roasting, a sharp skewer was frequently thrust into the substance of the meat to let the juices escape, and with the mixture of tar and gravy found in the dripping pan, the body of the patient was anointed all over for three or four nights consecutively, throughout all this time the same body linen being worn. The plan proved quite successful in curing obstinate lepra'.

Cautions:
1. Used internally, it may cause gastrointestinal irritation, nausea, diarrhea etc.
2. Applied topically, its effects can vary greatly. Some people respond with redness, swelling and even vesicles, while in others long-term use has no undesirable effects. Therefore, it should be diluted and tested before being used over large areas.
3. Should not be applied to greatly inflamed skin, or in weeping Eczema with open, weeping skin.

2. Tar Ointment:
Used for skin diseases including Eczema and Psoriasis, especially for itching
i. Tar, prepared Suet (equal parts). Melt together, strain through linen cloth. (London)
ii. Tar (half–1 dram), ointment base (1 oz.). (A Treatise on the Materia medica and Therapeutics of the Skin, Piffard, 1881)
iii. Tar (5 parts), Yellow Wax (2 parts). Melt the wax with a gentle heat, then add tar and stir until cold. (Edinborough)
iv. Rye meal (1 lb.), Vinegar (sufficient); boil to a paste and add: Resin, Tar (of each half a pound). Heat gently while stirring until a proper consistency. (Pharmacopoeia Suecica, 1817)

3. Glycerol of Tar
'Heat a pound of glycerine and of tar in separate vessels; whilst heating, rub up an ounce of starch in a mortar with a portion of the glycerine, and stir it in until thoroughly mixed; when hot pour the two together, boil for a moment, then stir until cool'.
Specific in many forms of Pruritus including Eczema with Pruritus. It was also recommended for internal use in Cough and chronic Bronchitis. (Scudder, Specific Medicine)