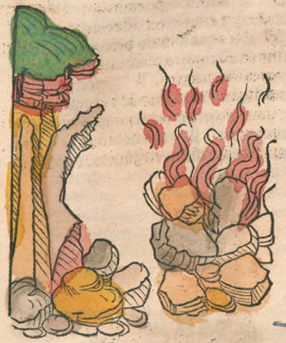 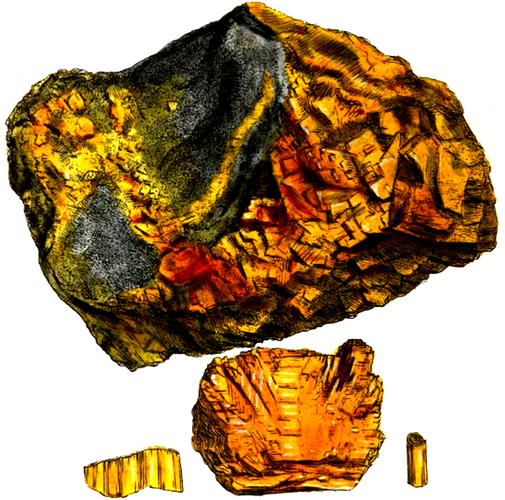 Classification:
2F. PURIFYING    2K. RESOLVENT    2U. SUPPURATIVES    2Z. CICATRIZING
TCM:
T. External Medicines
Uses:
1. Clears Toxin:
-acute infection including Influenza
-Chronic Malaria, diarrhea, and various other toxic conditions,
-Epilepsy (TCM)
-Fevers, to alleviate Syphilis, Leprosy, and other chronic skin conditions including Erysipelas
-Blood disorders, Chronic Fevers (Ayurveda)
-'consumes abnormal growths'. (Galen)
-There is a type of Orpiment used in India called Godanta Haritala; it is found in long bars, is very soft, looks like Cow's teeth, is heavy and yellow with blue streaks in the center. This type is made into Bhasma and is used in the treatment of Cancer and Leprosy. (Mukherji)

4. Warms the Yang:
-Increases Appetite (Bhasma; Ayurveda, Tibet)
-The sublimed product has been used in TCM to make the body light, promote Longevity, and prevent Senility.
-Urinary incontinence
-used for Fear, such as that coming from Ghosts. (Ayurveda)

5. Externally:
i. Avicenna regarded it highly for Herpes and other chronic skin conditions.
ii. it has long been used topically as a cautery for Cancer.
iii. applied as a depilatory

PURIFICATION of ORPIMENT (Ayurveda):
Any of the following methods may be used:
1. Orpiment is broken into small pieces, wrapped in cloth into a ball, and cooked in Dola Yantra for 3 hours with Lime Water (or Kanji mixed with Lime). Then it is cooked again in Dola Yantra for 3 hours with the juice of Benincasa hispida, then for another 3 hours with Sesame Oil, and lastly with a Decoction of Triphala.
The pieces are then well washed with warm water, dried in the Sun, and then powdered and kept for use. This is a preferred method of preparation by many modern physicians.
2. Powder and impregnate with Lime Water 7 times to purify.
3. Place a mass of Orpiment rolled in a linen in a heap of Quicklime stones, and smearing it with Ass’s urine or boiling water. Repeat the process from 10 to 100 times as far as possible, changing the stones every time.
4. Any of the following liquids can be used by steaming the Orpiment in Dola Yantra: Benincasa cerifera juice; or a solution of the ashes of the Sesame plant; or with water with dissolved with Lime.
5. Pieces of Orpiment can be digested in the juice of Cucumber and the alkaline water from the ashes of Sesame.

Cautions:
1. Very toxic. Avoid overdose. Do not heat as the oxide is very poisonous. Toxic doses cause myocardial, gastrointestinal and renal damage.
2. Not used in Pregnancy, during Breastfeeding or the very young.
3. Not suitable for use in Yin deficiency due to its strong Heating nature.
4. Use cautiously in Hot constitutions although it is used for Fever and Hot Toxic conditions for short periods.
5. Not suitable for long-term use. Arsenic is an accumulative poison, accumulating in the bone, skin, nails and hair. Tolerance develops with continued use.

ANTIDOTES:
1. In Ayurveda, cases of Toxic effects caused by the intake of Orpiment is treated with Cuminum cyminum and Sugar, or the juice of Benincasa cerifera.
2. A paste of Catechu in Milk, or repeated doses of Catechu in water is used for Arsenic poisoning. (Ayurveda)
3. Black Pepper is used in Ayurveda for Arsenic poisoning; 90 grains of the powder of Black Pepper is taken in 4 oz. of butter; or an infusion is taken.
4. Pine Kernel Oil is speedily given; 1 lb. is taken, and then vomiting is procured. (West)
5. Herb Paris (True Love) or Viper flesh were both used for Arsenic poisoning in the West.
6. Salmon said a strong Lixivium of Sal. Regale or Tartar is taken as an antidote.
7. In more modern time: Freshly made moist Ferric Hydroxide or large amounts of calcined Magnesia; emetics; Mucilaginous drinks, Olive or Carron Oils; stimulants if prostrated.