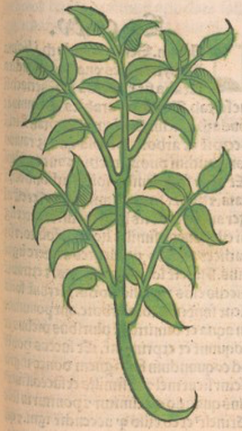 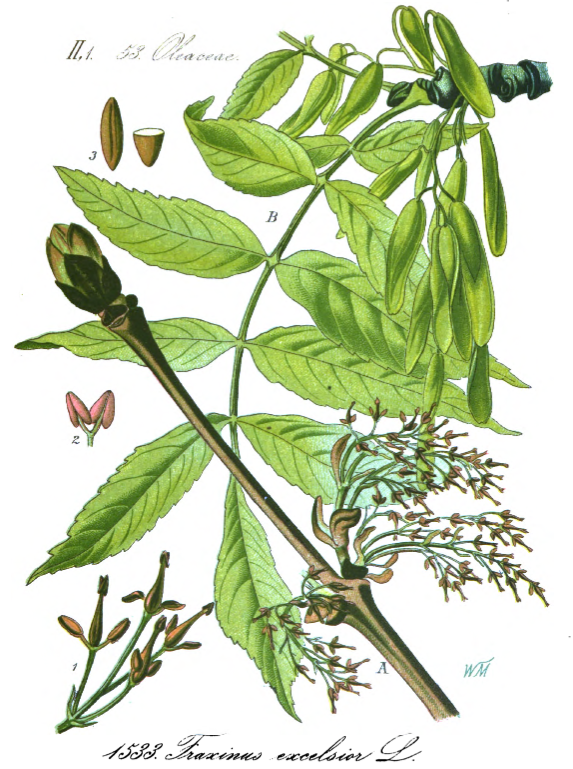 Fraxinus excelsior
Flora von Deutschland (16), Kohler, 1884
Botanical name:
Fraxinus excelsior
The Chinese Fraxinus rhynchophylla bark (Qin Pi) is used somewhat similarly. We have separated them due to the use of other parts of the Ash tree covered in this monograph.

COMMENT:
1. The Bark of the Chinese Ash Qin Pi is used very similarly to the European Ash bark. They are probably largely synonymous in use.
2. The various parts of the Ash tree are all drying and useful in Edema and urinary disorders. The bark is used in Arthritic disorders similarly to the Chinese Ash Qin Pi. Ash Tree 'Keys' (Seed) were common,y used in Aphrodisiac and Fertility formula to warm and strengthen the Kidneys.

Cautions:
1. Leaf and Bark are very drying, so not suitable in Yin deficiency
2. Pliny said the follicules of the seed caused emaciation if taken in excess.

Main Preparations used:
Extract of the Bark, Oil Distilled from the Wood, Salt of the Ashes of the Bark, Pickled Seeds
History
Pliny on Ash tree:
© MedicineTradition 2015–2021