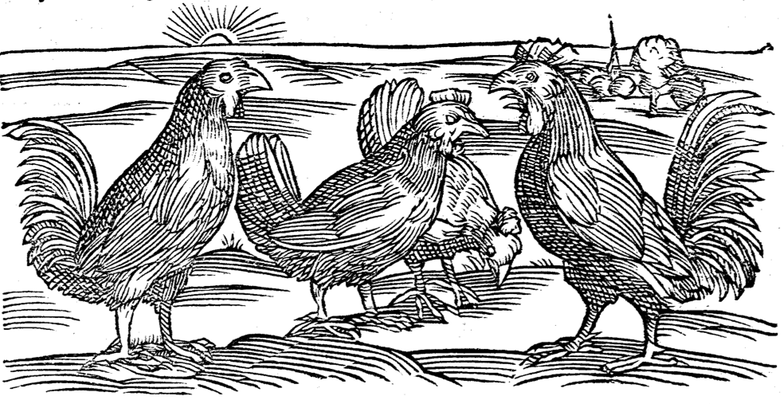 Parts used:
Whole Egg, Egg shell, ashes of Egg Shell, Egg Yolk, Egg White
Uses:
WHOLE EGG (Neutral. Sweet):
1. Calms the Heart (TCM):
-palpitations from blood and Qi deficiency, or from deficient heat;
-‘it attenuates and beautifies an Artery‘ (Magic of Kirani).
2. Tonifies the Blood, Qi and Yin (TCM, West):
-deficiency of blood and Yin; beneficial for those who are dry, anemic, and blood deficient.
-dryness, especially of the Lungs or Throat marked by a dry, hacking cough.
-restorative in consumption (TCM)
3. Clears Heat and Inflammation:
-epidemic fevers when the body is too hot: take 3 eggs beaten up with honey.
-listed it for inflammations (Magic of Kirani)
4. Benefits Pregnancy, Calms the Fetus:
-diseases which occur during pregnancy; tonic during pregnancy, and is used to prevent miscarriage;
-‘14 eggs taken at one time to cure bleeding during pregnancy‘ (TCM, Ben Cao Kang Mu);
-restless fetus with much movement, an for postpartum thirst (TCM);
-‘an Egg new laid, tied about a woman, hastens travel (labor)‘ (Magic of Kirani).

EGG WHITES (Cool, moist):
1. Clears heat, Resists Poison:
-Good for the heat of fevers
-long used as an antidote to Poisons. Even in modern times, it is used for poisoning by the Salts of Heavy Metals.
2. Externally:
-Applied, it keeps the face from sunburning.
-Applied to burns, scalds and pimples;
-anointed on to stop burns blistering.
-Applied to the scalp to remove dandruff and lessen grease.
-Dropped into the eyes, it lenifies them.
3. Egg white and Albumin have been used to clarify liquids such as decoctions and vinious liquids, and is still used to refine sugar.

EGG YOLK (Neutral, Moist):
1. Nourishes the Yin, Moistens Dryness, Calms Wind:
-added to decoctions in TCM to moisten and nourish the Yin/moisture to enable it to thereby calm wind;
-restlessness, insomnia, headache, convulsions, palpitations etc. (TCM);
-Lecithin is given for Tuberculosis, Psychoses, mental disturbances and Neurasthenia is recent times; good for mental and nervous exhaustion. (Merc Index)
2. Clears Heat, Benefits the Liver:
-laxative in jaundice and Liver obstruction (West).
-In TCM, it is used to aid in Hepatitis, as well as dysentery, and hernia.
-Salmon listed it for all fluxes, and gonorrhea.
3. Stops Cough, Nourishes the Lungs:
-hot, dry, or Yin deficient coughs.
-used with mucilage and syrup as an emulsion for coughs, and hoarseness etc.
4. Nutritional Tonic:
-both Egg Yolk and Lecithin have been recommended for nutritional disorders of children, and for Rickets (after 2 months of age);
-debility and weakness in general; good for anemia.
5. Also used to render oils and camphor etc. mixable in water; an emulsifier.
6. Externally:
i. Applied to ulcers, boils, and to remove scars.
ii. Good for griefs of the Eyes (Dioscorides)
iii. used for boils, burns and scalds in TCM.
iv. mixed with Lime or Mercury oxide, it is applied to Plague buboes and boils to promote suppuration. (Unani)


OIL OF EGG YOLKS
1. Cleanses filthy skin and clears the heat from it; Pimples, Itching, Sores
2. Used for chaps, pustules, excoriations, ring worm, fistulas, malignant ulcers.
3. Causes hair to grow; applied to Alopecia; makes the hair Black
4. Its special use, which has popped up in various texts over the past few hundred years, is for all types of burns and scalds.
5. Relieves all pain
6. Applied to Wounds including Gun Shot wounds.
7. Applied to Hemorrhoids to ease their pain
8. In China the oil has been used internally for infantile vomiting and diarrhea (oil from 2 yolks being given to a 1–2 year old)

DOSE:
Whole Eggs, or Egg Yolks:  2 per day for 1–2 weeks, then 1-3 each week thereafter
Dried Inner Membrane of an Egg Shell: 3–9 grams in decoction
Egg Shell Ashes: 1–3 grams
Main Combinations:
WHOLE EGG, EGG YOLK:
1. Against Epidemics, Measles, Poison and Plague, and to protect the Heart from Poison: blow the white out of an Egg, replace it with Saffron and seal the Egg. Roast the Egg in ashes until the shell looks black (careful not to burn the Saffron). Powder the contents, then add White Dittany, Tormentil, Myrrh, Deer horn, roots of Butterbur, Angelica, Burnet, Zedoary, Juniper berries, Camphor; powder and form an Electuary with Syrup of Lemons. (as in Electuary of Eggs)
2. Bleeding during Pregnancy, take 2 Eggs with Rice congee.
3. Emollient Enema:
i. decoct Bran, strain and when luke-warm add an egg yolk. (Memorial Pharmaceutique, 1824)
ii. infused Rose oil, infused Camomile oil (3 oz. each), with 2 Egg Yolks.
iii. Olive oil, Egg Yolks

EGG WHITE:
1. Ointment of Egg Whites: mix Egg White with Oil of Roses. ‘It is one of the best remedies against burnings, inflammations &c.‘ (Bateana) Also Erysipelas, Cramps, Gout.
2. Eye Wounds, mix Egg White, Rose water, Alum and Saffron and apply as a plaster.
3. Spots and Wrinkles of the face, stir powdered Alum with Egg White until well mixed, then heat while constantly stirring to form an Ointment. This is applied twice daily for several days to make the skin fair and clear.

Cautions:
1. Eggs can cause excess phlegm and dampness in prone people. The whites in particular are hard of digestion; this is remedied by eating the yolks alone.
2. According to Ayurveda, Eggs are Incompatible with: Milk, Yoghurt, Cheese; Melons, Bananas; Meat, Fish.

1. Oil of Egg Yolk:
The Oil of Egg Yolks is a special medicine that appears in various medicine Traditions.
i. Egg are hard boiled, then the hard yolks are separated and put into a wok or large pan and heated while stirring. When they start to burn, and oil will separate which can be collected. A little hot water can be added to facilitate separation, the oil floating on top. 50 Egg Yolks will yield up to 5 oz. of oil.
ii. Put fresh Egg Yolks into a silver pan, boil till reduced to one half in a water-bath, so that when presses between the fingers the oil separates; put the mass in a linen bag and express between heated plates, then filter at the heat of a water-bath through bibulous paper.
iii. some mixed the hard boiled yolks with alcohol, heated them in a covered vessel, filter, distil off the alcohol, then separate the oil from the water. But this leaves a smell of alcohol and reportedly goes rancid more quickly.
Copyright © 2015–2021