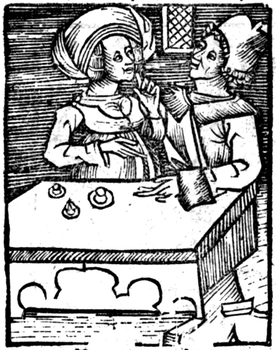 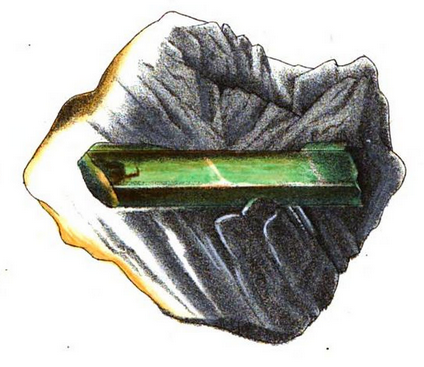 CONSTITUENTS:
Beryllium aluminum silicate (Be3Al2Si6O18)
Impurities include iron, manganese, magnesium, calcium, chromium, sodium, lithium, among others.
Uses:
1. Clears Heat, Calms the Mind, Benefits the Qi:
-‘Strengthens and Enlivens Nature’ (Salmon)
-‘This stone has much the same nature as the Emerald’ (Lexicon of Alchemy)
-‘Whoever holds, wears, or looks at Beryl often will be peaceful, and will not fight, and stays calm’ (Hildegard)
-‘Makes mild, and gives good character'... 'causeth a man to be well mannered, as Aaron saith. It gives also good understanding’ (Albertus)
-it has a settling effect on the Mind and Spirit, and calms Yang Qi
-Aquamarine is used for anxiety and restlessness. (India)

2. Benefits the Lungs and Throat:
-‘Good for heavy breathing and excess mucus’ (Albertus)
-shortness of Breath (Salmon)
-guides Qi downward
-Aquamarine is regarded as best for the Lungs.

3. Clears Liver Heat, Strengthen the Liver:
-Liver congestion, Liver pain and sluggishness of the Liver, and various Liver Heat conditions.
-strengthens the Liver.
-‘It protects from sluggishness and pain of the Liver’ (Albertus).
-In addition, it was used for Heartburn, and to stop violent Vomiting (Water infused with Beryl)
-Green Beryl is best for the Liver

5. Clears Heat, Benefits the Eyes:
-redness and excess moisture of the eyes, and other eye diseases
-‘The Water in which it lies heals sick eyes’ (Marbod von Rennes)
-Beryl or Aquamarine may be used, but the Emerald is best. Glasses were traditionally made from Aquamarine)

6. Resists Poison:
-used as for Emerald in this respect, but milder.

PREPARATION:
1. Either heat to red hot, then quench a number of times before grinding.
2. Or levigate with Rose water until impalpable.

DOSE:
Of the Levigated Stone or Bhasma: 10–50mg
As for Emerald. Salmon said it could be infused in water and taken.

NOTE:
1. The different colored Beryls have slightly differing effects. Emerald connects to the Liver; Aquamarine to the Kidneys and Lungs; Heliodor to the Stomach and Spleen; Morganite (Pink) to the Heart.
2. Beryl has a strong settling effect on the Qi and Yang, while consolidating the Yin and Essence. It guides Yang down to its source in the lower abdomen, and weighs down rising Qi to calm the Mind and Nerves, settle the Heart and Breathing and restore Calm.
Main Combinations:
1. To calm the Mind and Spirit, Beryl with Pearl and Amber
2. To clear Heat and settle the Qi, Beryl with Pearl.
3. Beryl with Hematite to anchor rising Qi and calm the Yang.
4. Beryl with Jade to strengthen the Kidneys
5. Beryl with Turquoise to strengthen the Liver

Cautions:
1. Beryllium is toxic, especially when the dust is inhaled. This danger can be eliminated by preparing with Acids or Fire, or levigating with water or Rose water. If it is to be powdered, wearing a dust mask and levigating with a little Rose Water would largely eliminate risk of inhalation. As for internal administration, those prepared with Fire or Acid will be safer, while those levigated should be given in pills or capsules. Beryllium is a pancreatic toxin. Research showed Gymnema sylvestre to partially protect the pancreas from this toxicity.
2. Not to be used during Pregnancy.
3, Standard cautions for using Gem stones.