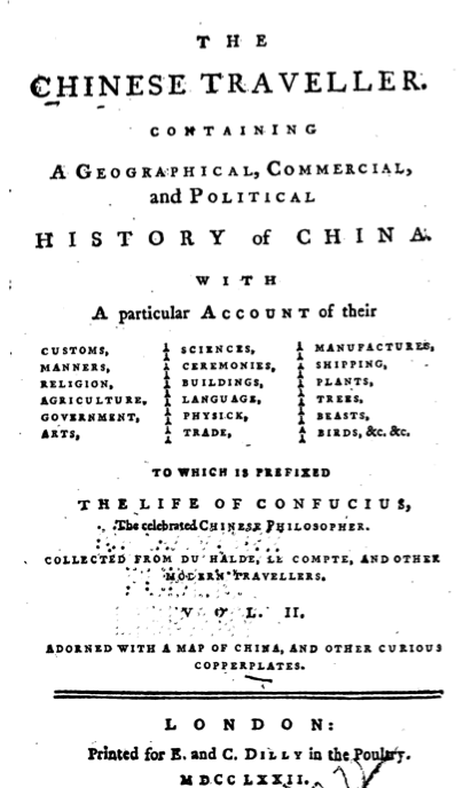 It covers the state of Religion, Building, Government etc., and has a large section dedicated to Chinese Medicine, almost exclusively dealing with the pulse.

An introduction entitled the State of Physick in China (below left) talks of the Chinese concepts of Yin and Yang in the terms used in Europe, viz. Vital Heat and Radical Moisture, along with the concept of Gin (Jing, Essence).

The Section of the Pulse (below right) begins with the organs associated with both left and right pulses. It also mentions the Ming Men, Gate of Life, as being associated with the Right Kidney.