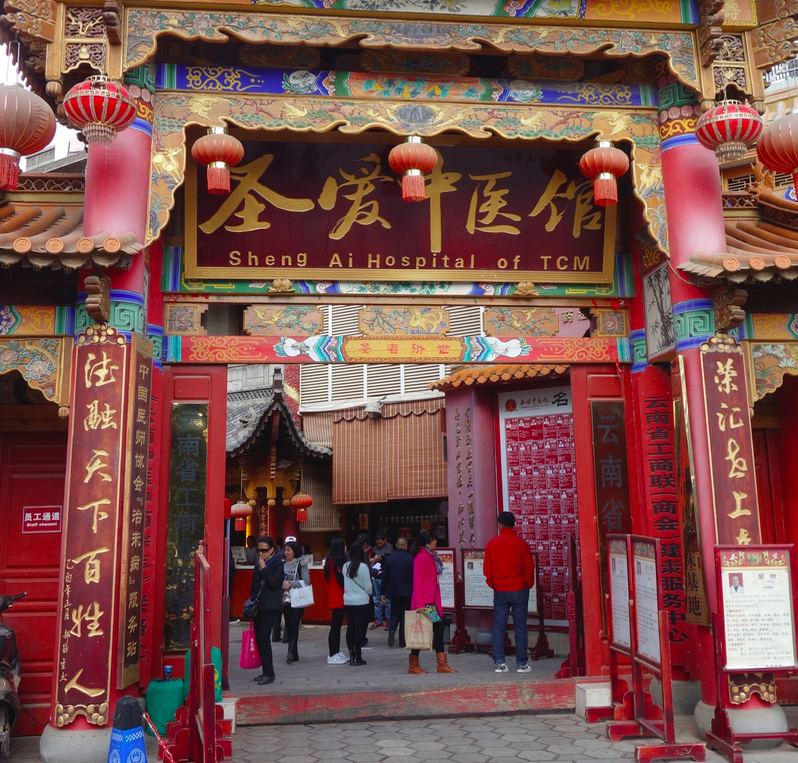 Adam Tate, 2019
In 2016 I visited the Sheng Ai Hospital of TCM in Kunming, Yunnan Province. The Hospital is the oldest continually running TCM Hospital in Kunming (Yunnan Province) and is famous for its doctors and herbal formulas. 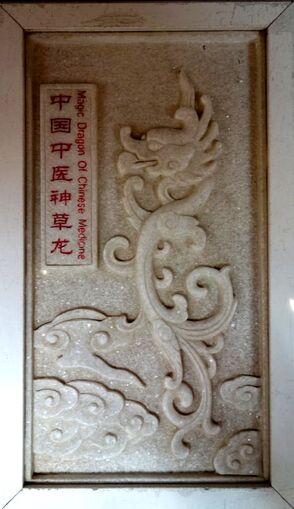 At the front of the Hospital is a small stone engraving of the 'Magic Dragon of Chinese Medicine'. 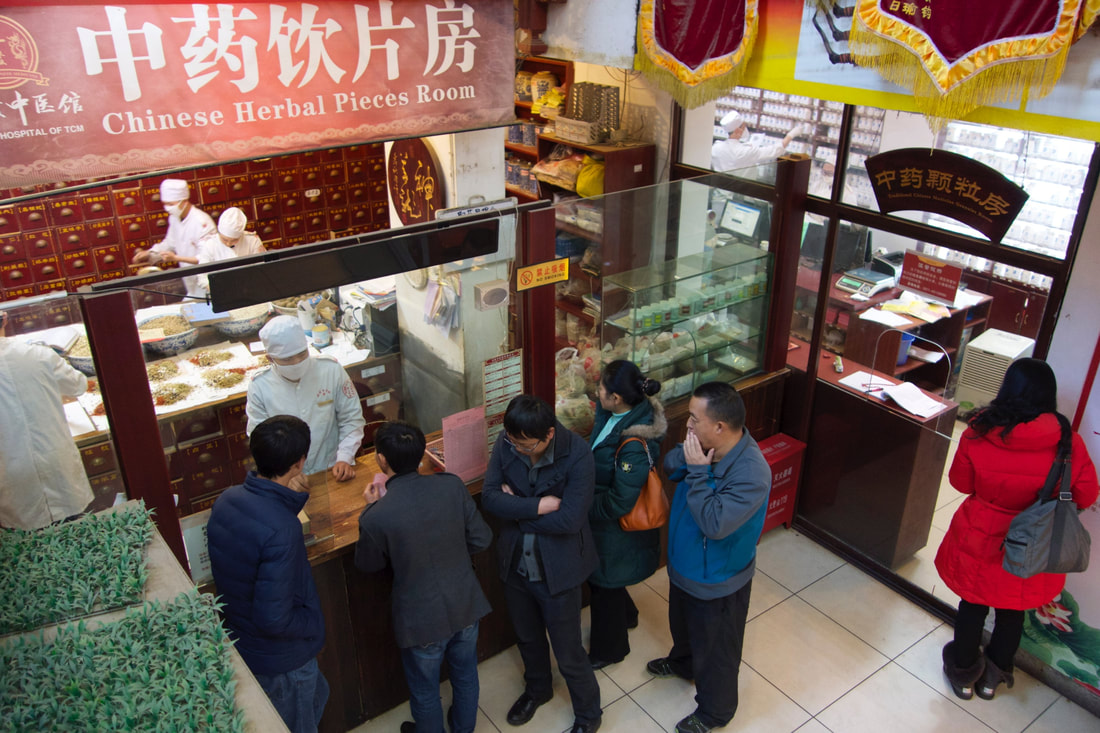 The Dispensatory is always busy, with 100's of packets of herbs prepared daily, according to the prescriptions of the resident Physicians. 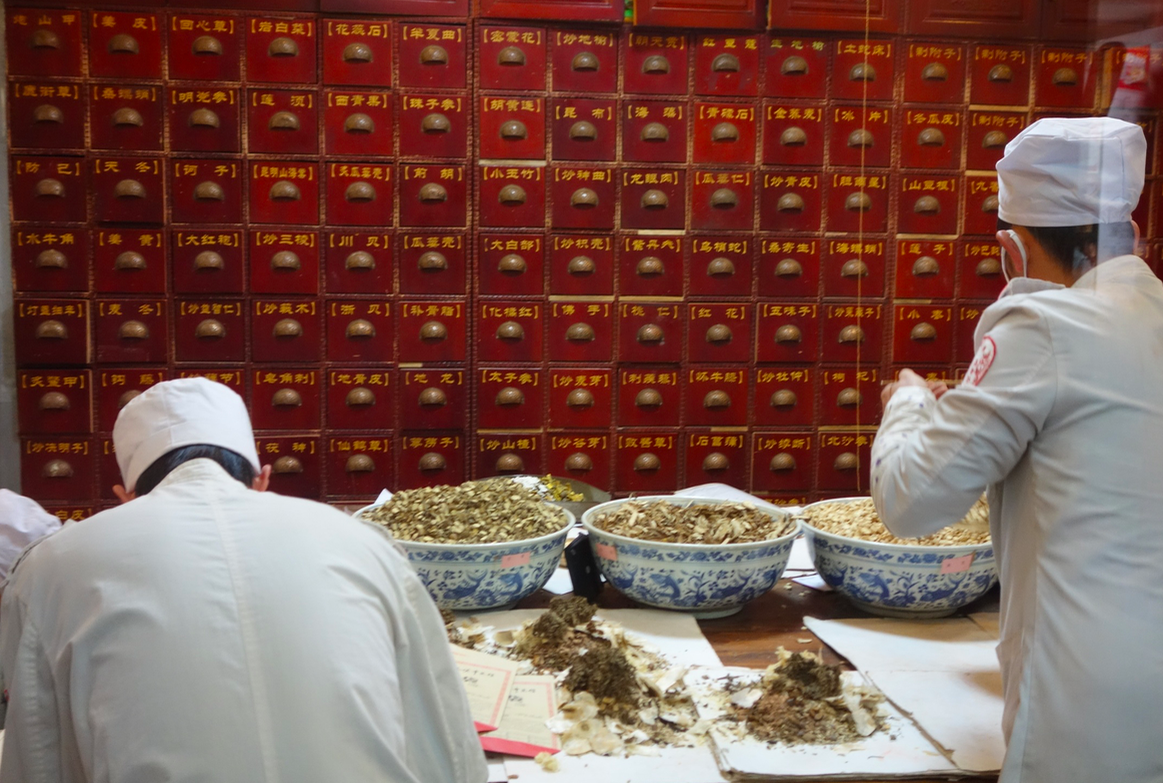 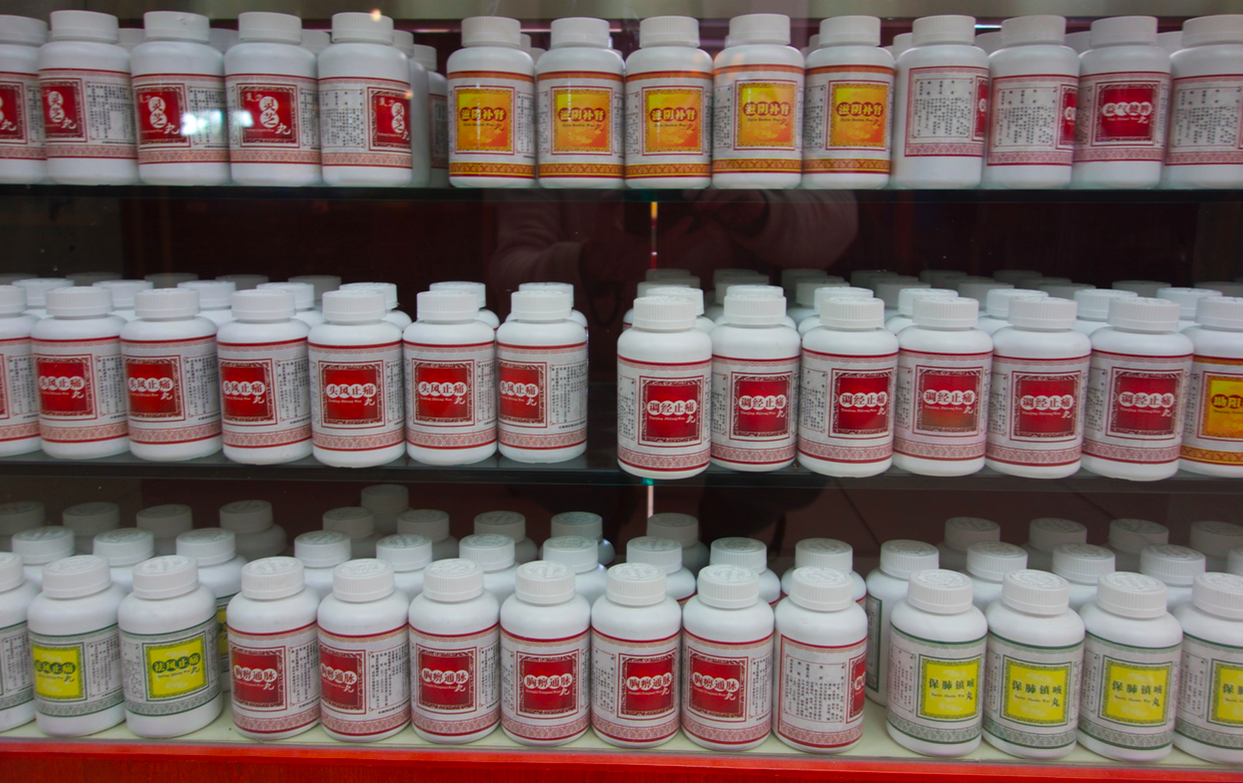 The Hospital has a large number of formulas they make in pill form, many of these prescriptions unique to the Hospital, having being written by one of the master Physicians. 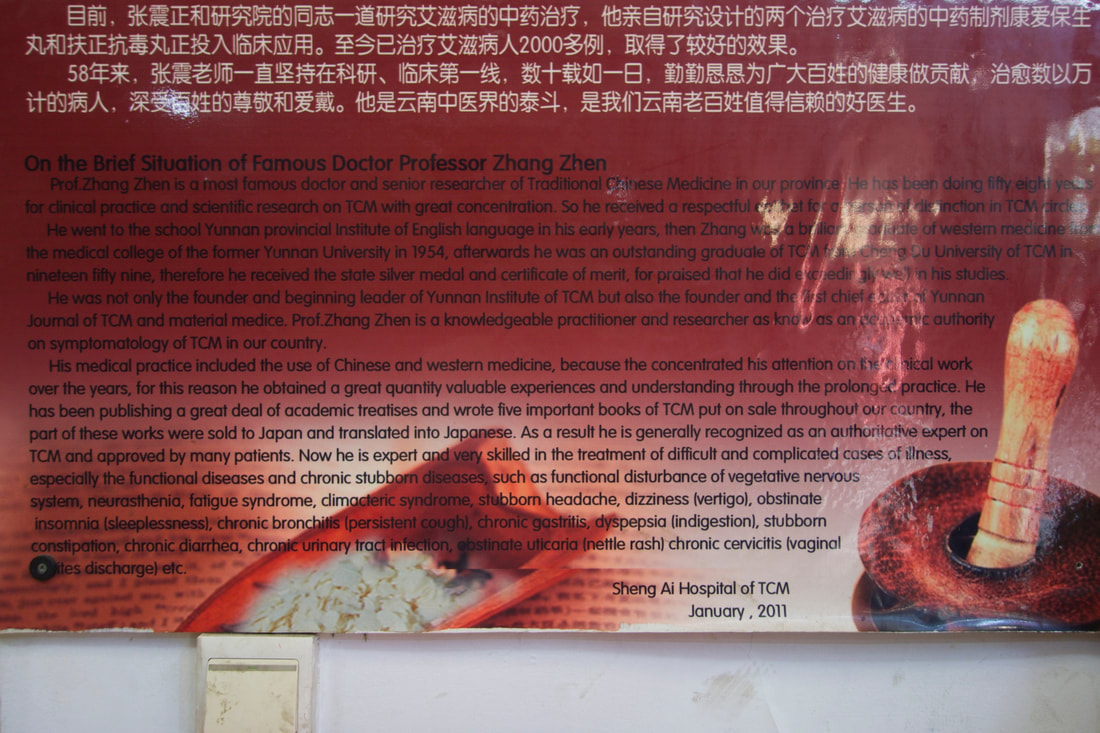 The Hospital has a number of famous Physicians, perhaps most highly regarded is Professor Zhang Zhen. A large tribute is to Professor Zhang is shown here as a mark of respect for his good work in promoting TCM, as well as his clinical efficacy.
The Hospital is almost part medical Museum, with Traditional equipment ans texts displayed. Above are 2 examples of Ben Cao, or Materia Medica.

The Sheng Ai Hospital of TCM is a wonderful living part of the TCM tradition in China, showing continued use over a long period, with continued enthusiasm from its many patients today.
Copyright © 2015–2021