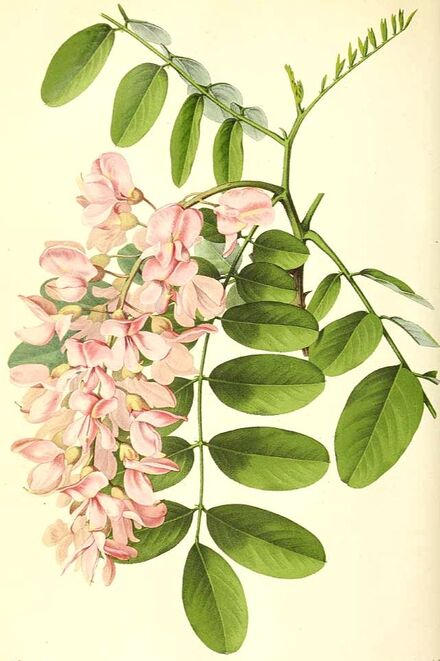 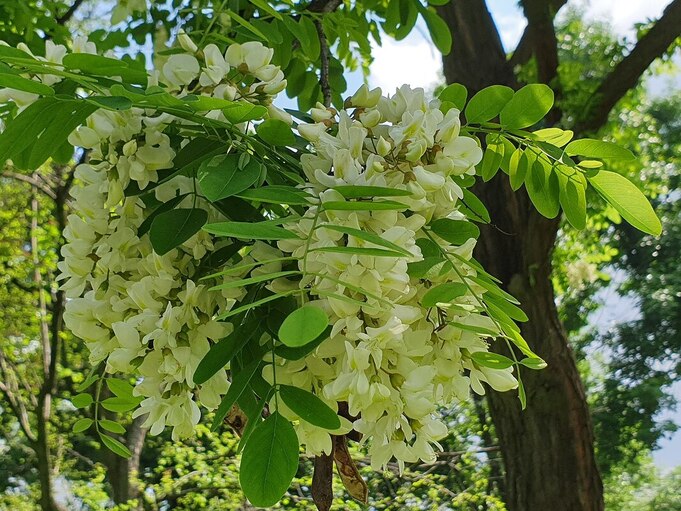 Parts used:
Flower (TCM)
Bark and Leaf have been used in the U.S., the root-bark being most active (King)


BARK & LEAF:
The decoction in small doses is regarded as a stomach tonic.
Purgative, emetic in full doses. The Bark is strongest.
Leaves have been used as a bitter cholagogue in headache, indigestion etc.

DOSE:
Flower in Decoction: 9–15 grams
Of the bark in tincture (8 oz. to a pint of 76% alcohol): fraction of a drop to 10 drops (Scudder)
'An ounce of the bark boiled in three gills of water operates as a cathartic in doses of half an ounce, given morning and evening'. (King's)
'The leaves operate mildly and efficiently as an emetic, in doses of thirty grains every twenty minutes'. (King's)
Main Combinations:

Cautions:
1. The Bark is emetic and purgative, and toxic in overdose.

TOXICITY:
1. Bark, leaves and roots contain the toxalbumin robin (1.6% in the bark), which is similar to the deadly poison ricin in castor seeds.
2. Of the bark 'Occasional cases of poisoning are on record in which boys have chewed the bark and swallowed the juice: the principal symptoms being dryness of the throat, burning pain in the abdomen, dilatation of the pupils, vertigo and muscular twitches; excessive quantities causing also weak and irregular heart action'. (Grieves)
3. 'The bark is supposed to possess some acro-narcotic properties, as the juice of it has been known to produce coma and slight convulsions. An overdose has produced symptoms very similar to those resulting from an improper one of belladonna, and at the same time cured a case of fever and ague'. (King's)

ANTIDOTE:
Vinegar and Dandelion decoction has been listed as a remedy for poisoning in China.