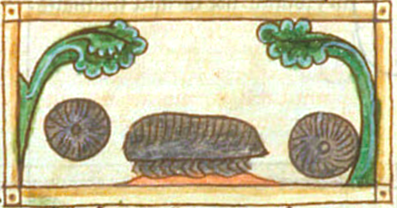 2. Clears Wind-Heat, Resists Poison: (TCM, West)
-Feverish Chills, Malaria; used for chronic Malaria in both TCM and Europe
-Syphilis
-sore and inflamed Throat and Tonsillitis, it is taken with honey
-Tetanus with Chills and Fever (Ben Cao Gang Mu)
-antidote to some Poisons, such as Arrow Poison and Spider Bites (TCM, Dioscorides)

4. Moves the Blood, Resolves Masses: (TCM, West)
-commonly used in Europe for all sorts of Toxic Swellings, Scrofula, Poison Tumors and Cancer, especially of the Breast.
-‘From three to twelve were formerly given in Rhenish wine for a hundred days together to cure all kinds of cancers’. (Herbal Simples Approved for Modern Uses of Cure, W.T. Fernie, 1897)
-they have also demonstrated a strong effect in relieving Cancer pain (Chinese research)
-Leprosy (both internally and topically over lesions).

5. Calms Wind, Stops Spasms, Relieves Pain: (TCM, West)
-Epilepsy and Infantile Convulsions, Tetanus, Lockjaw
-Toothache from Wind or Caries; inflamed gums (TCM, West)
-Rheumatism, and all kinds of Muscle and Nerve pain (the Spirit of them was the preferred preparation for these purposes)

6. Stops Cough and Wheezing:
-with honey for Asthma, Coughs including Whooping Cough (Salmon; Arabic physicians)
-Cough, Chronic Bronchitis (TCM)
-Emphysema (when used for 2–3 months, the effects have been very effective in some cases: TCM)
-most effective for Lung and Kidney deficiency type, or cases with Cold
-Pleurisy, etc.

7. Clears Sight, Benefits the Eyes:
-‘dimness of sight, yea blindness itself’ (Salmon)
-in Weakness of Sight, they were said to be 'exceedingly efficacious'. (Medical Zoology, 1861)

8. Externally:
-Boiled in Oil or Goose fat and dropped into the ear for earache and deafness.
-Toothache, a fresh beaten Pill Millipede is put into the cavity or on the gum
-Stomatitis, Tonsillitis, Thrush, Gingivitis (powder blown directly onto the place)

Dose:
Of the powdered Pill Millipede: 500mg–1 gram (up to 2 grams), taken in wine, although some older writers said rarely over 1 Scruple (1.3 grams) because they ‘dissolve too much’.
The powder can be put into capsules, each capsule containing 100mg. 2–4 capsules can be taken as a dose, three times daily..
The Powder has also been pressed into tablets containing 500mg. Dose: is 2–5 tablets (for Chronic Bronchitis etc.)
For visceral obstructions, tumors and Cancer, 30–40 (up to 100) are infused over night to be taken over the course of the following day, treatment being continued for 1–3 months.
Up to 200 insects have been given per day. (Medical Zoology, 1861)

Preparations:
1. Steamed with alcohol to kill them; this also makes them better to move the Blood.
2. Sprinkle with Brandy, then dry.
3. They can be stir-fried until lightly yellowed.
4. Some practitioners burnt them until scorched, or even into ashes, then powdered them.

Cautions:
1. They are very opening and dissolve strongly. Avoid overdose.
2. Not used during Pregnancy.
3. Not suitable for marked Qi or Yin deficiency.
4. Some related species, especially in the tropics, are poisonous.

BRONCHITIS / ASTHMA
–Anti-asthmatic: effect takes 2 to 4 hours and lasts 4 to 6 hours
–Treatment of Chronic Bronchitis was effective in 81% of cases. (TCM)
© MedicineTradition 2015–2023