Snake Eggs, Druid's Egg, Thunderstone
Ovum Anguinis (Pliny), Brontia, Ombria
Heart-shaped Sea Urchin: Helmet Stone, Fairy Loave
Crown-shaped Sea Urchin: Shepherd's Crown, Button Stone, Porcupine Stone
Echinite is a Fossil Sea Urchin shell. However, the term was used for a group of similar fossils, not all derived from Sea Urchins. The image below shows a number of these fossils including Hysterolite, named because of its similarity to female genitalia, and Lapis Judaicus, the 'Jews Stone'. 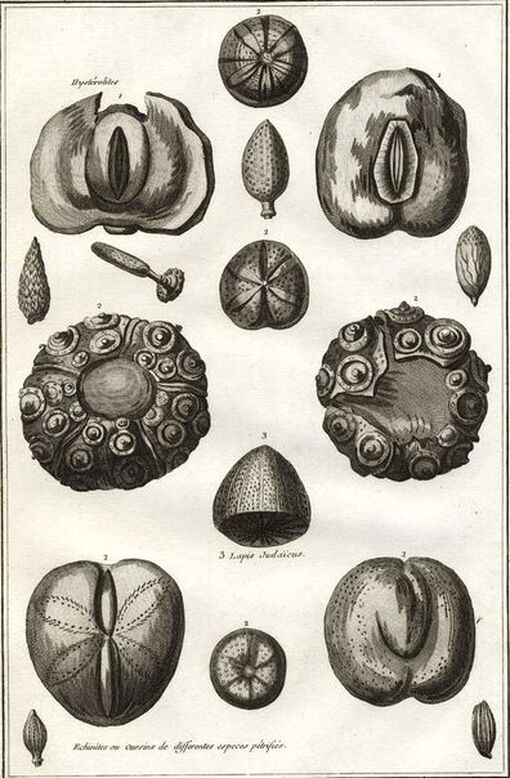 A collection of different Echinite including Lapis Hystericus at top,
and a number of Lapis Judaiacus 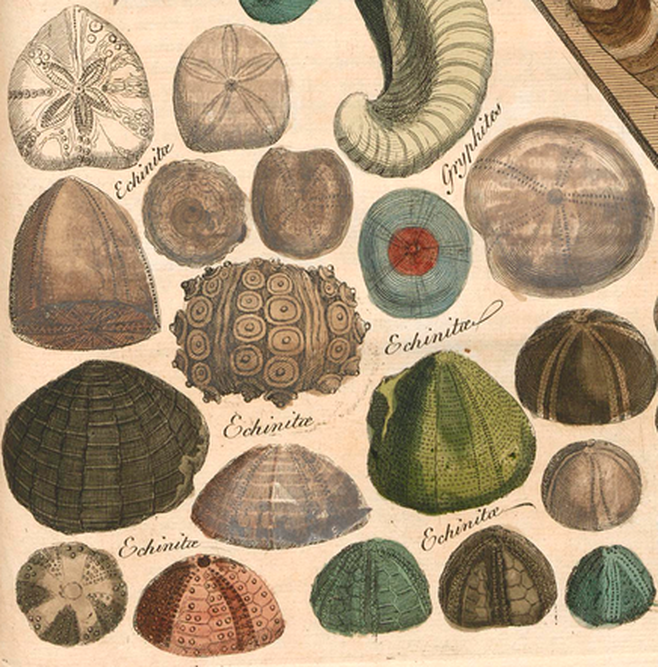 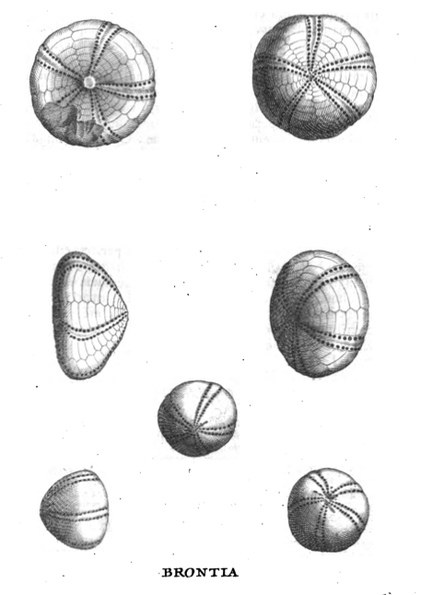 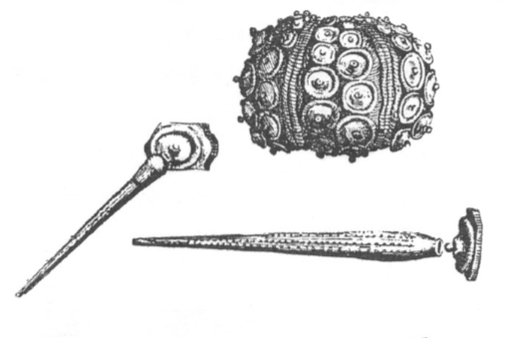 Despite being listed in various Materia Medica, rarely were any properties applied to it. Tollius in his Gemmarum et Lapidum Historia (1647) said it has the same effects as Ovum Anguinum and Belemnites.
© MedicineTradition 2015–2022