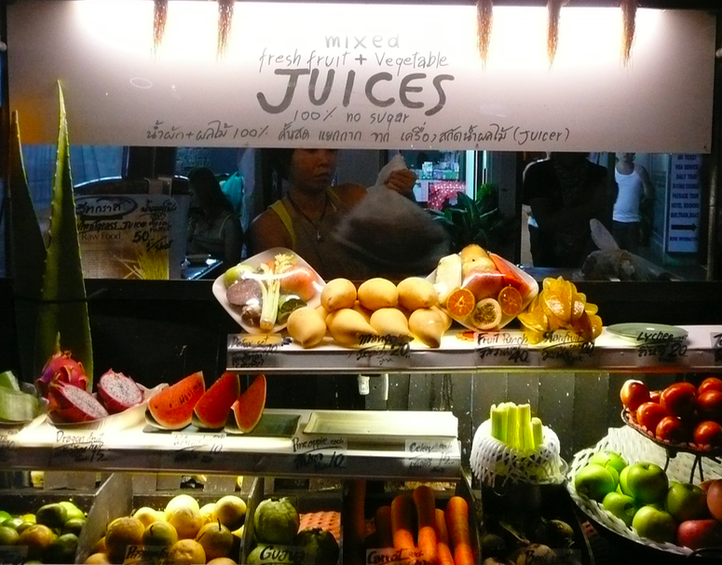 Examples of some Healthy Beverages recommended in Traditional Medicine


1. Ginger Tea
Fresh Ginger root            3–5 thin slices
Add to a cup of boiling water.
Ginger tea warms the Stomach and digestion, and is a rich source of digestive enzymes. It alleviates nausea and vomiting, promotes appetite and enhances digestion. It is good for the beginning of Cold and Flu and has proven anti-viral activity. It thins the blood, is full of antioxidants and is a good health drink, especially for Phlegm and Damp constitutions, of those who have a cold nature and during the Cold months.


2. Goji & Chrysanthemum
Chrysanthemum flowers, a pinch
Goji berries, 5
Put in a cup, add boiling water, then rinse off. Top up with boiling water and infuse for 5 minutes. More hot water can be addedover the day. Sometimes a few pieces of rock sugar are added to sweeten.
Chrysanthemum and Goji is a common health tea in China. Goji benefits the Liver and Blood while Chrysanthemum clears Heat from the Liver and Blood. Together, they work to optimise Liver function, keep the Blood clean, and thereby promote healthy, clear skin. The Chinese women are particularly fond of this combination, young schoolgirls and elderly women commonly seen drinking it.
Both medicines are regarded as benefiting the eyes, again Goji nourishing Liver Blood and Yin to support the Eyes while Chrysanthemum clears Heat and Toxin.
Snow Chrysanthemum can also be used in place of regular Chrysanthemum.


3. Barley Water.
Pearl Barley, 2 oz. (60 grams)
Water, 2 liters
Wash the Barley well. Sometimes it is boiled for a few minutes, and the water thrown away. Add 2 liters of Water, boil to half. Strain and keep.
Barley water clears Heat and Damp, clears Poison, and promotes Urine; it cools, cleanses and nourishes. Therefore, it is very good for Heat, Heat and Damp and Heat and Poison conditions.
Used for Fever and all acute Diseases from Heat Useful for Heat-type Cough and Consumption.
It is especially useful for UTI’s (Urinary Tract Infections) when used as common drink. Women who are prone to UTI's can drink nothing but Barley water for 24–48 hours as soon as they have any burning or urgency, and in such cases Barley Water will cure without need of antibiotics. Abscesses, Ulcers and Tumors of the Urinary system can also benefit from Barley Water.
Barley Water is also very useful for Heat-type Arthritic conditions.
It has also been used as common drink in other affections including Jaundice, Pleurisy and Psychosis.

There are 2 main variations of Barley water: Barley with Lemon and Barley with Cinnamon.
Barley Water with Lemon juice added is excellent for Fevers and Heat disease.
Barley Water with Cinnamon involves adding Cinnamon to the decoction in the last 10 minutes, and then leaving it to infuse once removed from the heat. This is very good for Cold-Damp conditions. It can be used for Edema, fluid swelling and Obesity with Cold and Damp and for Cold-Damp Arthritic conditions.
Barley Water is therefore very good for all Damp conditions, and for removing Toxin from the body. Heat or Heat-Damp can be treated with plain Barley Water while Cold-Damp conditions benefit greatly from Barley-Cinnamon Water.

There are numerous variations:
i. For Cough, add Raisin
ii. Arthritis or Constipation, add Prunes
iii. To clear Heat from the Liver, add Chicory
iv. For Cold-Damp, add Fennel and Parsley root or seed


4. Wort
Wort is a traditional drink often recommended in Europe in the past. It is effectively Barley Water, but prepared with Malted (Sprouted) Barley and once fermented with other ingredients, is what produces Beer.
Wort is rich in nutrition as well as having enzymes which promote and enhance digestion. It is good for young children with indigestion and vomiting, as well as for the old, weak and in recuperation.
It also helps stop Lactation, so should not be used by nursing mothers, but is good when weaning, or for breast engorgement, swelling and pain.
There are reports of Cancer patients being cured with the long and continued use of Wort for months, this being a type of enzyme therapy.
There are numerous ways to make Wort, sometimes other herbs are added. But a simple version can be made by boiling 9–15 grams of Malted Barley (Mai Ya) in 1 liter down to half, then having this in 2 equal doses over the day.

5. Rosemary Wine
Add a sprig of fresh Rosemary approx. 15 or 20 cm long to a bottle of red wine and let sit a few hours or overnight. Alternatively, a little sprig of a the leaves can be added to a glass.
Rosemary Wine was commonly used in the past and has numerous health benefits. It benefits the Heart, Brain, Memory and Digestion, benefits the Joints and helps Fertility in women. It is rich in antioxidants and is anti-viral. Rosemary has been regarded as a good tonic for the Elderly, and this is an excellent way for them to take it.
Rosemary added to average (or below-average) wine can make it taste better.


6. Wormwood Wine
Add a sprig of flowering Wormwood tops to a bottle of Wine and steep overnight. Alternatively, a small sprig can be added to a glass of red wine.
Wormwood wine was the most commonly used herbal wine for centuries in Europe. It is a bitter apertif that stimulates the digestion, activates the Liver and has numerous health benefits.


7. Standard Juice Recipe
Carrots              2–4
Beet root          1 medium
Celery               1 stalk
Lemon              1/4 with skin
Fresh Ginger    2–3 cm piece
Remove the Carrots and Beet from the fridge in the morning to warm to room temperature. Mid-to-late afternoon (around 4-6pm) juice the ingredients, beginning with the Ginger and Lemon.
This is a great basic juice recipe for general health. It has an abundance of vitamins, minerals and anti-oxidants. It will increase energy, help detox, and is good to regulate digestion, aids the bowels and liver, will clear the skin and improve complexion.
It is not overly sweet like a fruit juice, and is not damp-promoting like many juices.

NOTE:
–Never have a juice with food, nor just before or after. It should be taken at least an hour before food.
–For most people it is not good to have a juice first thing in the morning. Mid to late afternoon is usually the best time.
–Don't have the juice cold. Leaving the fruits and vegetables at room temperature for several hours before juicing makes the juice easier to digest.
–Drink quickly but slowly–ie. drink within a few minutes of making, but have mouthful by mouthful, rolling the juice in the mouth before swallowing.