Digestion, Humors & Spirits
At the foundation of Human Health is Digestion, and correct Digestion depends on the intake of the nutrition suitable for the constitution, season and age.


In the following diagram, the Four Elements, Three Spirits (Three Treasures of TCM) and 7 Tissues of Ayurveda are all comprehended into one understanding. 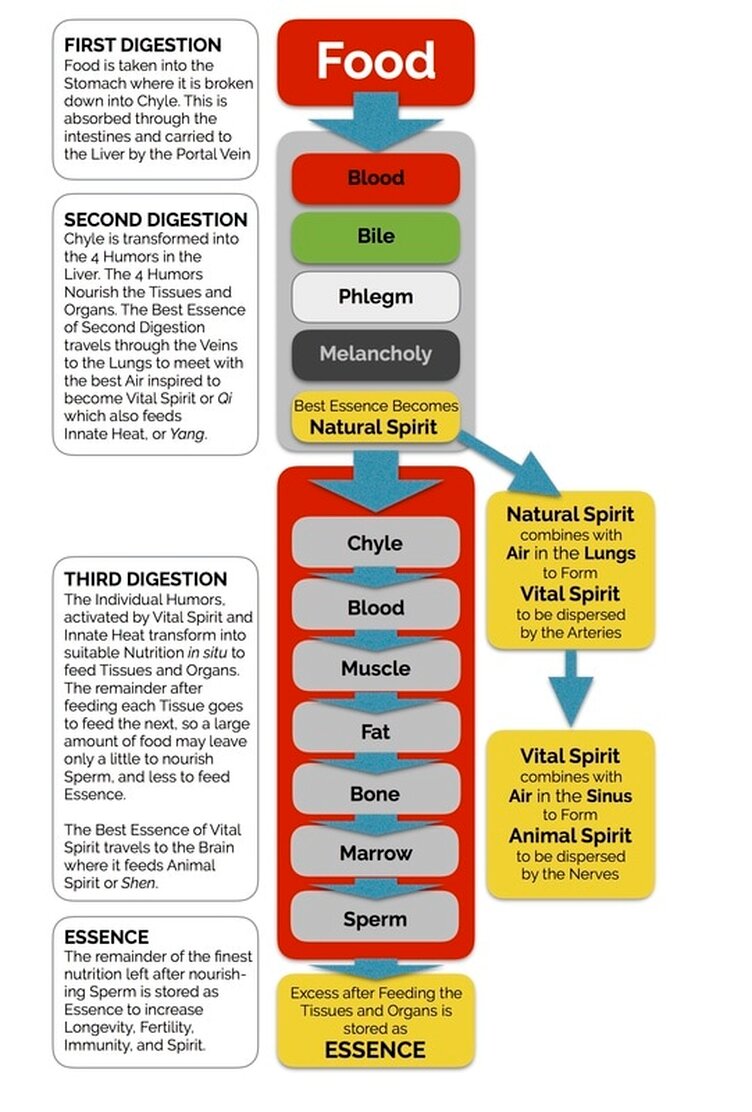