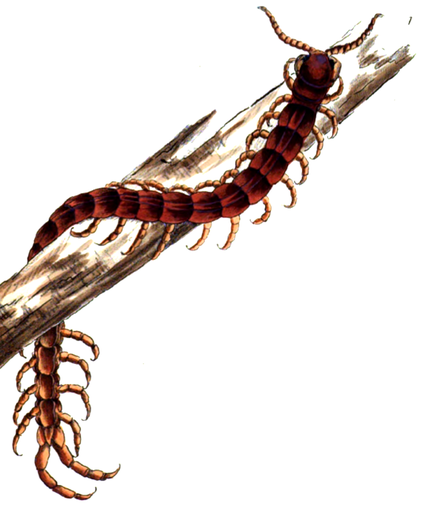 DOSE:
1. Traditionally, some sources regarded the head as toxic, and therefore ordered it to be removed. Other texts stated the head was the strongest part. In some cases the head and/or tail were used for specific conditions. Today, the whole dried Centipede with head is used for all functions.
2. When used in Decoction, it is best to take the powder with the decoction rather than decocting the Centipede.
Powder: 500mg–2, or 2.5 grams.
Decoction: 1.5–4.5 grams
It may be applied topically with vinegar or wine in the form of a paste.

COMMENT:
Scorpion and Centpiede are similar in use and often used together. Scorpion is regarded as strionger for Twitching and Tremors while Centipede is stronger for Spasms, Convulsions and Toxic Swellings.

PREPARATION:
1. Legs are removed, usually the head also. It is often dry-fried gently.
2. It may be stir-fried with a little alcohol to make is stronger to move the Blood and clear obstructions
3. Sometimes, they are dry-fried until yellowish.
Main Combinations:
Usually Centipede (Wu Gong) is combined with Scorpion (Quan Xie) in TCM. Together, they are strong to stop spasms and convulsions, relieve Wind diseases, resolve Toxic swellings and relieve pain including severe Headache and Migraine.

Cautions:
1. Not used during Pregnancy.
2. Not used in those with Kidney or Liver disease.
3. Toxic in overdose. Side effects include nausea, vomiting, abdominal pain, diarrhea, unconsciousness, slow heartbeat, difficulty breathing, decreased body temperature, low blood pressure. Hemolytic effects cause brown urine, black stool, and hemolytic anemia usually follows. Overdose has been associated with Liver dysfunction and acute renal failure. Therefore, dosage should be strictly adhered to. Long-term use should be avoided, or a break in treatment every 2–3 weeks. Periodic Liver and Kidney function tests could be indicated with long-term use, or in the elderly, or those susceptible to Liver and Kidney dysfunction.
4. Allergic reactions may include rash and anaphylactic shock in severe cases.