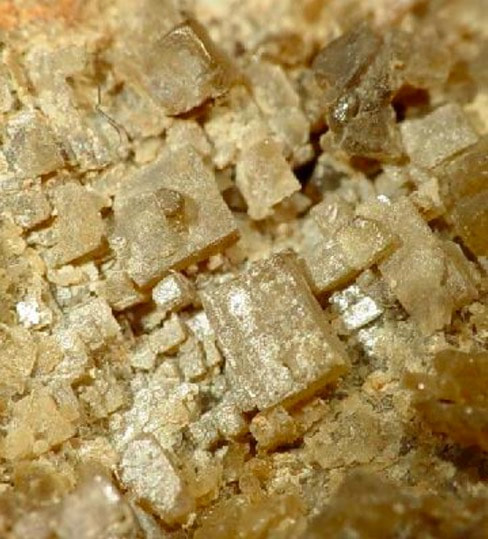 3. Clears Heat and Phlegm:
-early stages of Pleurisy or Pneumonia only when the patient is strong
-chronic Pharyngitis (Squires)
-‘along with usual antispasmodic remedies, of great benefit in Asthma’ (BMJ, 1909)
-‘half grain every half-hour for 12-28 hours always aborts a Quinsey [Tonsillitis]’ (BMJ, 1912).
-swollen lymph nodes, glandular enlargements

7. Externally:
-various diseases of the Eyes including Cataract
-non-healing Sores and Ulcers (TCM, West, Unani)
-Eczema
-topically as a wash for Scabies, Syphilis and Syphilitic chancres

Dose:
1. Toxic, and largely obsolete in modern practice. It should not be used (internally or topically) for more than 2 weeks without a break.
2. Small repeated doses (10–25mg) are effective as an alterative, larger doses (100–250mg) are used as a purgative.
3. It is either taken with purgatives, or a purgative is given the morning after administration. Rhubarb, Castor oil or Saline purgatives are commonly used. This prevents absorption of mercurial salts in the intestine.
4. It must not be heated. Don't mix into hot water or decoction, or into a hot ointment base.
Dose: 60–150mg in Pills or Powders. Maximum single dose: 250mg; Maximum daily dose: 500mg.
Many practitioners said the best way was to give doses of 10–15mg every 15–30 minutes until 6–12 doses had been given (60–180mg). ‘The best effect is obtained by giving divided doses of 0.25 grain [15mg] half-hourly until about 3 to 4 grains has been administered’ (Extra Pharmacopeia, Martindale, 1977)
Used topically in powder or paste form.

Substitute:
1. Indian Podophyllum (P. emodi, Papri) has been called 'Vegetable Calomel', and is regarded as a suitable vegetable substitute.
2. Sulphur is a less toxic mineral with similar qualities.

Purification:
1.  Crude Calomel is steeped in a decoction of Pepper and Betel leaves for 3 days. It is then submitted to Dola yantra with the decoction of the same ingredients. The Calomel is tied up in cloth and suspended into the decoction by means of a string which is attached to a horizontal stick sitting across the mouth of the pot. (Siddha Medicine)
2. It is important to wash Calomel well with boiling distilled water to remove toxic mercurial salts (mercuric chloride).
Main Combinations:
1. To Purge:
i. Calomel form into pills with Red Date paste (Da Zao) (TCM)
ii. Rhubarb (1500mg), Calomel (200mg). Form a bolus for a dose. This was used as a mild mercurial purge at the Edinborough Hospital during the 18th century.
iii. Calomel, Rhubarb, Mastic
2. To purge Water:
i. Calomel, Euphorbia Da Ji, Daphne flower (Yuan Hua), Pharbitis seed Qian Niu Zi
ii. Calomel with Euphorbia Gan Sui, Pharbitis seed Qian Niu Zi, Rhubarb (Da Huang), Immature Citrus peel (Qing Pi), Betel nut (Bing Lang), Costus (Mu Xiang) (as in Zhou Che Wan)
3. Biliousness: Manifested as Headache, yellow tongue coat, bitter taste, Liver area tender. If stools are light, give one-sixth of a grain [10mg] of Calomel in powder every 15 minutes until 6 doses have been taken. Follow in 4 hours with salts.
4. Chronic Liver inflammation: Calomel 2 grains (130mg), Sodium bicarbonate 1 scruple (1200mg). Take as a dose morning and night.
5. Fibrosis of the Liver, Calomel (1 part) with Aloes and Gum Ammoniac (2 parts each) (Riverius)
6. Abdominal masses with pain and distension, Calomel, purified Croton seed (TCM)
7. To prevent infection during Epidemics, Calomel, Guiaiacum, Camphor, Aloe (Pharmacopeia Pauperum, Hamburg, 1781)
8. Elephantiasis, Calomel with Calotropis
9. Cancer:
i. Diascordium (1 scruple), Calomel (3 grains). (Physical Vade-mecum, Philanthropos, 1741)
ii. Extract of Black Hellebore 1 scruple, Calomel half scruple, Essence of Myrrh sufficient to form 12 pills. (Theatrum Praxeos Medicae, Zuingerus, 1710)
10. Tapeworm, Male Fern root is taken, followed by a purge of Calomel and Scammony (or Aloe)
11. Gonorrhea:
i. Confectio Hamech with Calomel.
ii. To prevent Gonorrhea: Calomel 10 grains, Lanolin 2 drams, Cocoa butter 4 drams. Rub together to form an ointment.
This (or a similar version of it) was formerly made and given to the Army and Navy personal of various countries. It was given to them in a tube with a nozzle suitable for inserting into the urethra. A small amount was squeezed into the urethra, and some was applied externally to the genitals also. This was issued as a standard part of their kit, and was said to be very effective in preventing Gonorrhea.

Cautions:
Considered obsolete in the West, it is still used in other traditions.
1. Not used during Pregnancy, the very young or debilitated people.
2. If used internally, not used for more than 2 weeks without a break.
3. Avoid in those with Kidney or Liver disease.
4. Some people, especially young children, may have allergic symptoms to Calomel including rashes. Such effects normally occur in those susceptible after 6-8 days of administration, and disappear within a few days of discontinuing treatment, and do not effect general health.
5. Rinse the mouth well after ingesting to prevent inflammation, or preferably use in pill or capsule form.

Toxicity:
1. Overdose manifests with a metallic taste, gastritis, redness and swelling of the mouth and throat, thirst, nausea, hematuria, difficulty breathing; it may lead to acute nephritis and kidney dysfunction.
2. May cause dermatitis in some people when applied.
3. LD50 in mice is 410 mg/kg and in rats 1740 mg/kg.

Incompatibles:
1. Calomel is incompatible with Bromides, Iodides, Mineral Acids, Hydrocyanic acid, Alkaline Chlorides, Soap (even when neutral), as well as Solutions of Lime.
2. It must not be used internally with Bitter Almond

Main Preparations used:
Purified Calomel
<
>
Click the Tabs above for more information on this Medicine
1. Calomel depresses tubular mechanisms responsible for the reabsorption of Sodium and fixed ion. After an average dose, there is an increase in the urine flow after 1-2 hours, peaking after 6-9 hours, and is usually complete in 24 hours. On average, there is a loss of 2.5% of the body weight.
2. Anti-fungal.
3. It has been used in the treatment of Syphilis. Research has shown it cannot kill Spirocheta pallida, although it does show slight inhibitory action. However it does increase the resistance to Syphilis, as well as causing the rashes to disappear, and the swollen lymph nodes to decrease.
4. The soluble salts formed in the small intestine stimulate peristalsis, promote intestinal secretion, and have a purgative effect.
© MedicineTradition 2015–2022