Thunderstone, Belemite, Dactylus, lapis Lincis
Lynx Stone is an ancient stone that was classically said to be the solidified Urine of a male Lynx, although later authors disputed this. By the 16th century, Belemnites were commonly accepted as 'Lynx Stone'. 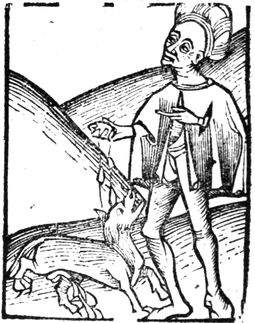 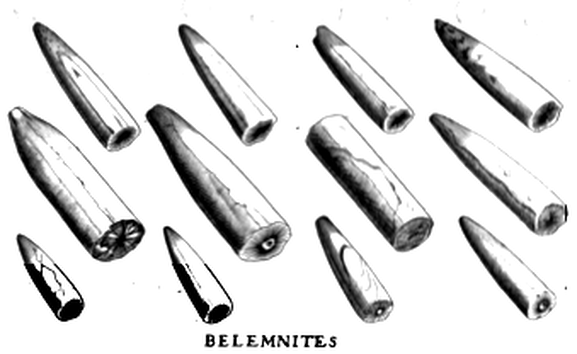 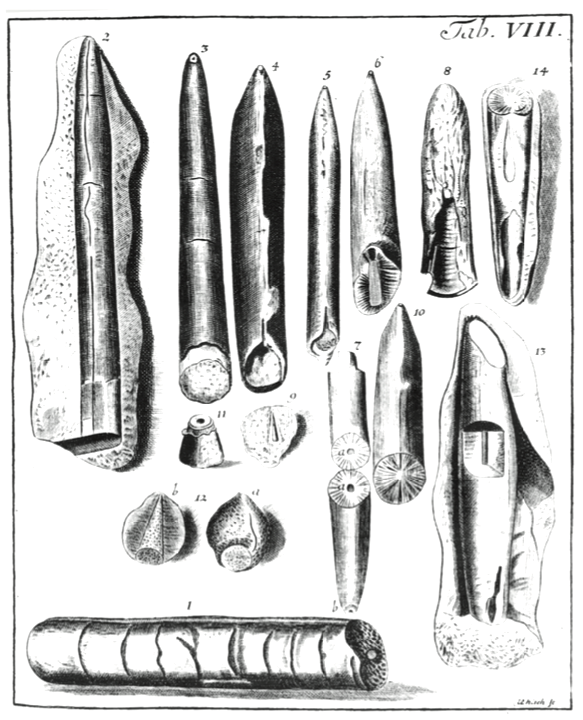 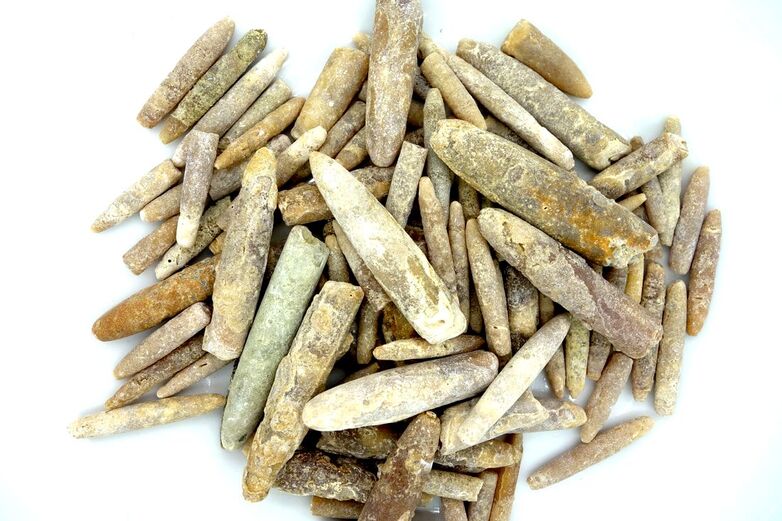 Belemite Fossils (Adam, 2021)
Zoological name:
The Belemnitida are an extinct group of squid-like cephalopods. they existed from the Late Triassic to Cretaceous periods. They contained an internal pointed bone-like structure, the fossil of which was the Belemnite used in medicine.

5. Externally:
-when burnt, they smell like burnt horn, some even like Amber
-fumes were used by some to promote Labor, and for Hysteria
-the fine powder was put into the eyes for Sore Eyes

PREPARATION
It is finely levigated with Water of Pellitory of the Wall, or another suitable distilled water.

NOTE:
Despite its uses being expanded over the centuries with various writers making various claims to its efficacy in different diseases, its prime use for Stones and Urinary diseases.

PREPARATION:
The Stone is levigated in a suitable distilled water.
Cautions:
None noted

<
>
Click the Tabs above for more information on this Medicine
Salmon, Seplasium:
GENERAL / REVIEW
–Fossils as drugs: pharmaceutical palaeontology
© MedicineTradition 2015–2022