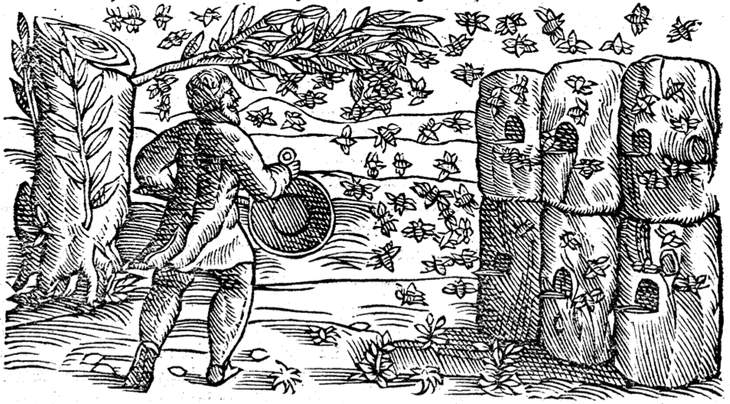 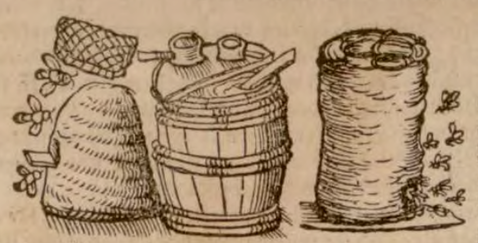 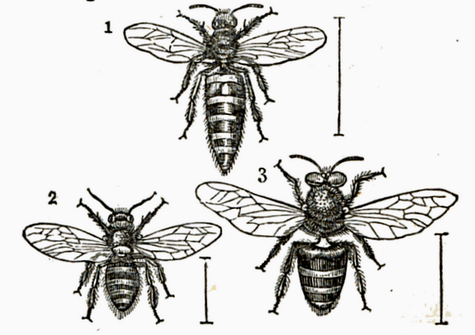 Temperature & Taste:
Warm, dry. Sweet. Some said they are Warm and Moist
Uses:
1. Warms the Kidneys, Promotes Urine, Clears Damp:
-Edema, urinary Obstructions, Strangury, Cystitis
-Urinary Stones
-‘The agent is prescribed in Dropsy which appears suddenly’, as well as ‘sudden suppression of Urine’ (Ellingwood).
-‘Apis is one of the most certain diuretics in the materia medica’, having been used in such conditions as chronic Nephritis, Ascites, Anasarca and Hydrothorax (King’s).

2. Clears Wind, Cold and Damp, Eases Pain:
-rheumatism (internally and topically).
-various pains and neuralgias including Lumbar Pain, Sciatica, and Trigeminal Neuralgia.
-distilled water has been used for Apoplexy, Paralysis, Childhood Convulsions
-Sometimes a Bee is made to bite the painful area in arthritis etc.
-In Russia, it is also used as an effective remedy for Hypertension.

3. Moves the Blood, Promotes Menstruation (TCM, West):
-menstrual irregularity and dysmenorrhea accompanied with urinary difficulty
-Menorrhagia, Amenorrhea
-Ovarian pain and congestion for which it is said they give ‘prompt relief’ (King’s).
-Leukorrhea and genital puffiness with irritation.
-‘If they be given to any barren creature, they shall conceive in a short time after’ (The English Unparalleled Physician, Border, 1651).

4. Clears Toxic Swellings (TCM, West):
-Fibroid Tumors, Scrofula, Cancer and other toxic swellings; it was said to ‘prevent the wasting of the preternatural humors causing these diseases’.
-Ovarian Tumors were reputedly cured in 5 or 6 weeks by drinking a tea of 12 Bees every day. (Fernie, Animal Simples, 1899)
-Effective against Rheumatic Fever, Hives, Rubeola and Scarlatina and has been used for Lupus and Malaria
-vesicular Erysipelas, and all subcutaneous inflammations with itching and burning
-inflammation of the tongue, mouth and throat; Eclectic physicians used it for edema of the throat accompanying Diphtheria and Scarlet Fever, and for effusion from Pleuritis

6. Externally:
-Applied topically to promote hair growth, including Alopecia (often the ashes were used for this purpose).
-Bees have been made to sting locals areas for acute pain, neuralgia, rheumatic and arthritic complaints. In China, Bees are sometimes made to sting specific acupoints for these purposes.

DOSE:
To promote Urine, 10–20 grains of the powder, or one dried and powdered Bee, taken twice daily often promotes copious water.
2–12 Bees in powder are taken in beer or wine for Stones and Edema (1–2 Bees for mild cases, 10–12 for severe cases.
In Infusion: a teacupful of boiling water is poured over 12 Bees, this taken over the course of the day for Tumors.
Main Combinations:
1. To promote Urine:
i. Bee with Parsley root
ii. 5 bees powdered and taken in wine
2. To strongly promote Urine, and for Fibroid Tumors, combine Bee with Pill Millipedes
3. Gravel and Stones, Bee with Egg shell powder and Thyme
4. Toxic swellings and Fibroids, combine Bee with Winter Cherry
5. Infantile Convulsions, Bee with Peony root
6. To promote Hair growth:
i. take a handful of Bees, powder and mix with Olive oil to be applied topically.
ii. Bee ashes, Southernwood ashes in Almond oil
iii. Bee ashes were combined with mouse dung in oil of Roses
iv. Bees, Cantharides (equal parts), boil with Oil of Camomile and apply (Border, 1651)

Cautions:
1. Bee powder (and especially Bee venom) should be used cautiously.
2. Very drying, so not suitable in Yin deficiency.
3. Avoid in Pregnancy.
4. Bees and Bee venom are generally not used in Diabetes, Tuberculosis, congenital Heart disease and Venereal diseases.
5. Side effects may include fever, headache, rash, tinnitus, diarrhea etc. In these cases, use should be discontinued
6. Bee ashes were said to cause hematuria if an overdose was taken. It should not be used in heat or inflammation of the Urinary tract.

Main Preparations used:
Bee ashes, Distilled Water and Spirit of Bees
Case Histories
1. 'Dr. Marcy, 1847, told of a lad long afflicted with dropsy [Edema] of the belly and chest, who had been treated in vain by several physicians, and had been tapped, but the fluid filled up again with great rapidity. Then a strolling Indian woman suggested the use of the Honey bee each night and morning. She put some bees in a covered tin pail, and placed them in a heated oven until they were killed, and then after powdering them gave one twice each day. After about twenty-four hours there was a decided increase in the quantity of urine; and from this time the Symptoms continued to steadily improve, whilst the dropsical effusions diminished day by day, and at the end of a few weeks the patient was entirely cured'. (Animal Simples approved for modern Uses of Cure, Fernie, 1899)
Research
DIABETES
–Therapeutic Potential of Peptides Derived from Animal Venoms: Current Views and Emerging Drugs for Diabetes
© MedicineTradition 2015–2022