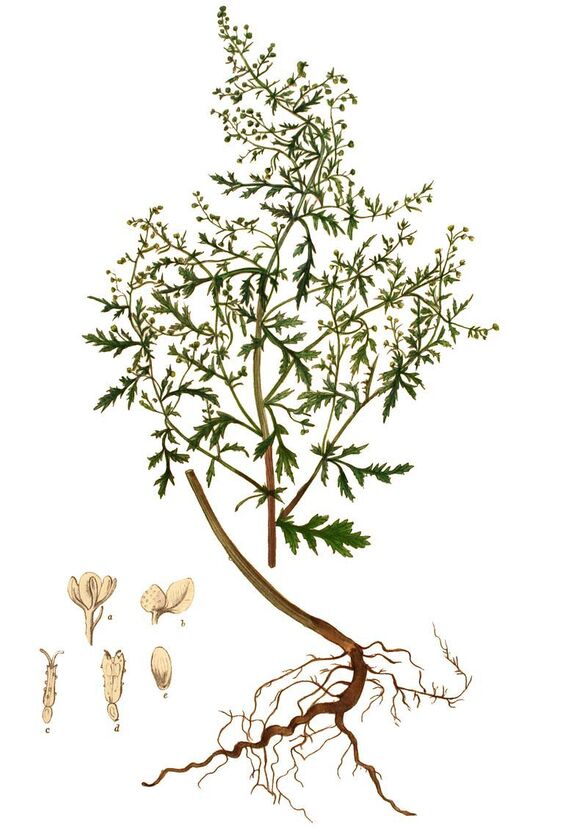 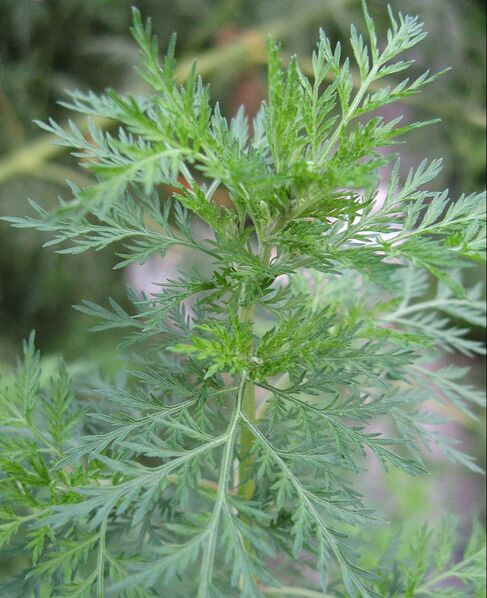 Botanical name:
Artemisia annua
Several related species have been used including A. japonica.

2. Clears Heat and Toxin from the Blood:
-boils, abscesses, itch, scabies
-Bleeding from Heat; Purpuric rashes during Fever
-red, sore and inflamed eyes
-has been used for Lupus, SLE (Duke)
-Malaria (the whole herb has been stated to be more effective than artemisinin and can be taken as an anti-malarial preventative: Duke)

3. Clears Summer-heat:
-a special herb in TCM for 'Summer-heat'; heat disease during the hotter months with Fever, headache, dizziness

DOSE:
3–9 grams (20–40 grams for Malaria and SLE) in decoction; added in the last 5 minutes (do not boil for long)
Artemisinin is given in doses of 300mg/day for SLE and Malaria

COMMENT:
This is a special medicine in TCM for a few reasons. 1. It clears Deficient Heat without damaging Yin, Qi or Blood. Its bitterness drains Heat, but its aromatic nature clears Heat from the deeper parts to the surface while supporting the Spleen Qi. 2. It treats 'Summerheat', a special type of Heat disease occurring during the Summer. 3. It is also a traditional treatment and preventative for Malarial disorders, and has been used as the source of artemisinin, a recent wonder-drug for drug-resistant strains of Malaria.

PREPARATION:
1. Dry-fried Qing Hao:
The cut herb is dry fried until yellowed and slightly scorched. This lessens its aromatic, dispersing nature and by some is believed to be better for Deficient Heat and Steaming Bone Disorder. It is not common today.
2. Turtle-Blood Qing Hao:
The cut herb is moistened with diluted Turtle Blood, then left to absorb. It is then dried by stir-frying in a Wok with a low heat, or in an oven. This is better to clear Heat and nourish Yin and is used for Night Sweats, Consumption and Steaming Bone disorder.

Cautions:
1. Use cautiously in those with weak digestion and diarrhea from Cold and Weak Stomach and Spleen.
2. When larger doses have been used, some people experience nausea, vomiting, abdominal pain and diarrhea.