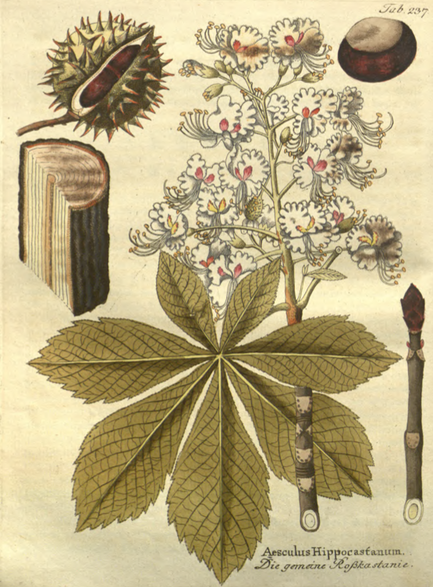 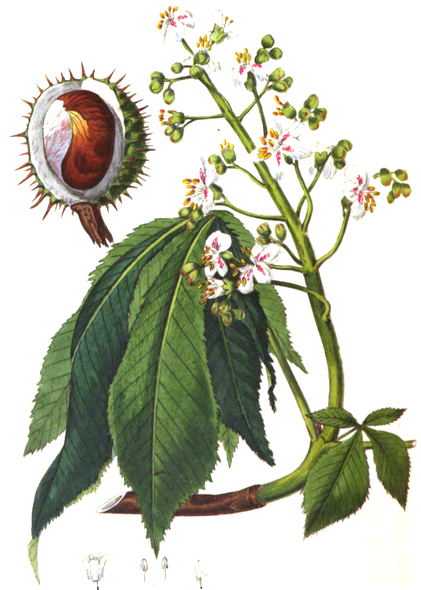 Comment:
1. The Chinese and Western Aesculus species are synonymous in use (Encylopedia of TCM). However, the TCM use focuses on moving Qi,, while Western use focuses on Moving Blood, the blood-moving effects of Aesculus being well researched. Despite the focus of use being different, they may be used interchangeably.
2. The fact that overose leads to redness of the face and thirst suggests a warm medicine, not cool.

Cautions:
1. Not used during Pregnancy
2. Toxic in overdose. Some people may experience itching, nausea and stomach discomfort.
3. Caution in those with Qi or Yin deficiency.
4. Should not be applied to broken or ulcerated skin.

Drug Interactions:
May potentiate anti-coagulant medication such as Warfarin

Toxicity:
Oral LD50 in mice as 134 g/kg (Duke)
Overdose causes vomiting, diarrhea, redness of the face, thirst, dilation of the pupils, leading to loss of consciousness.