A review of Aconite Species of the West 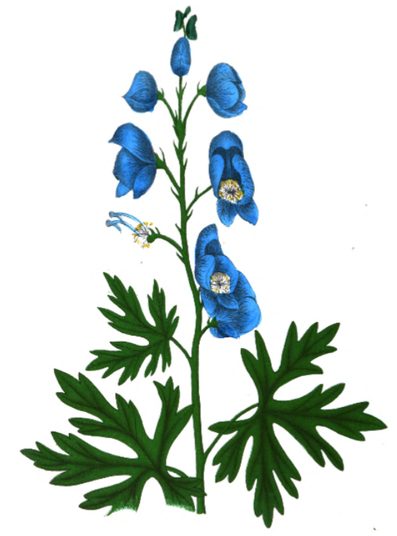 Introduction
The Aconite family is one of the most enigmatic, interesting and useful medicines of Traditional Medicine, and is also potentially one of the most dangerous. All Medicine Traditions recognise the Aconite family, although they were not generally used medicinally in the West. In the Eastern systems, however, they have a long history of Medicinal use. Ayurveda, Tibetan Medicine and Chinese Medicine all have a long history of using the Aconites.

Controversy
Despite the fact that the alkaloids in most of the Aconites are highly toxic and lethal in small doses, there are some 'non-poisonous' (less toxic) species of Aconite, and these are also used medicinally in Ayurveda and Tibetan Medicine.

In addition, the Western Tradition refers to Anthora, being a type of Aconite useful against all Poison including the toxicity of the toxic Aconites (which were termed Thora, a reference to their great toxicity).

When we look at the Aconites used in Tibetan Medicine, we see there are 4 Broad categories: Black, Red, White and Yellow. The 'Black' Aconite equates with the dark blue flowered species such as A. carmichaeli of TCM, the A. napellus of Europe and the A. ferox used in Ayurveda. In all systems, these require processing until the numbing effect is removed.

However, the 'White' and 'Yellow' varieties are non-toxic, or at least far less toxic. These are obtained from A. heterophyllum and A. lycoctonum respectively, and related species. The former is used widely in Ayurveda, even in the treatment of small children, and without any preparation. It is intensely bitter, but not numbing.

The Aconite family
A number of plants carried the name Aconite, some being plants not classified as Aconites today. Delphinium species were often classed as Aconites, and this family is closely allied with Aconite. Then there are others such as Aconitum pardalianches, the Leopards Bane, or Doronicum species which are quite separate and look quite different from the true Aconites. Winter Aconite, shown below, is also obviously not a true Aconite.

The following illustrations are from Theatrum Botanicum of Parkinson. 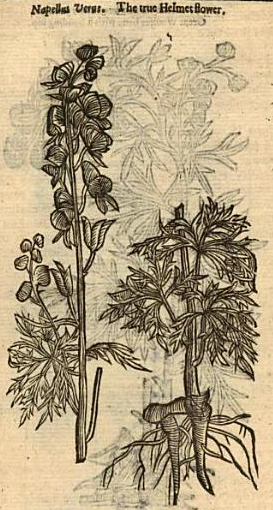 This is the true, blue-flowered A. napellus
commonly found throughout Europe. As can
be seen from the roots it is a true Aconite,
equivalent to the Chinese Fu Zi and Cao Wu,
and is very toxic. 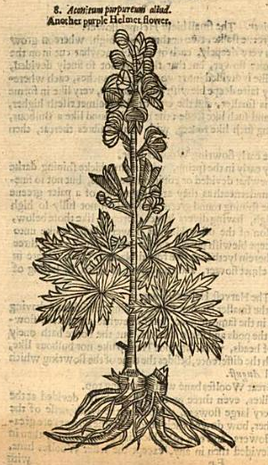 This is also a related species of true
Aconite, the leaves being said to be
relatively larger, but otherwise it is
very similar.
ADVERTISEMENT: 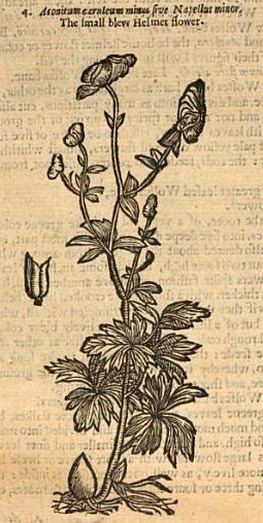 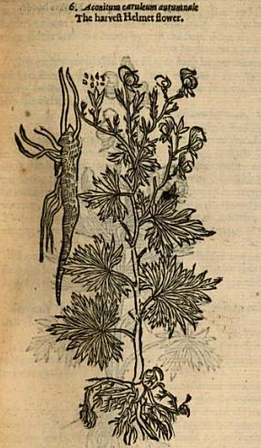 This also has Blue flowers which
flower later than the other varieties.
Parkinson notes that the roots are
quite different from the other species
having no tap root, but more a cluster
of fine thready roots..

This is another Blue flowered species
which rises earlier in Spring than the
others. It also has less flowers.
The roots are the same as
the Greater, above.

A late-flowering variety with Yellow
flowers. This could be similar to the
non-toxic Yellow variety used in Tibet
and which is regarded as an antidote
to the toxic Aconites, but this is
conjecture.
ADVERTISEMENT: 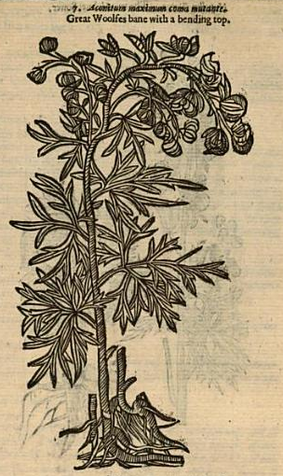 This appears to be a true Aconite in a
larger form. The flowers are larger and
a paler blue color than the others. The
leaves are also larger and more deeply
divided. 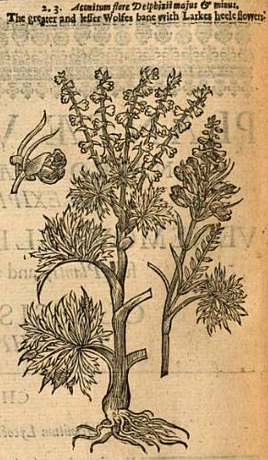 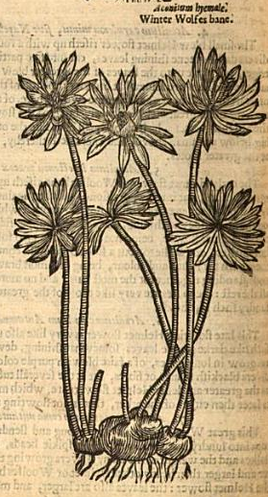 This is another plant traditionally
classed as an Aconite, but which is not
a true Aconite, in fact bearing no
resemblance to the true Aconites.

The following are taken from Icones Plantarum Medcio-oeconomico, Vietz, 1806 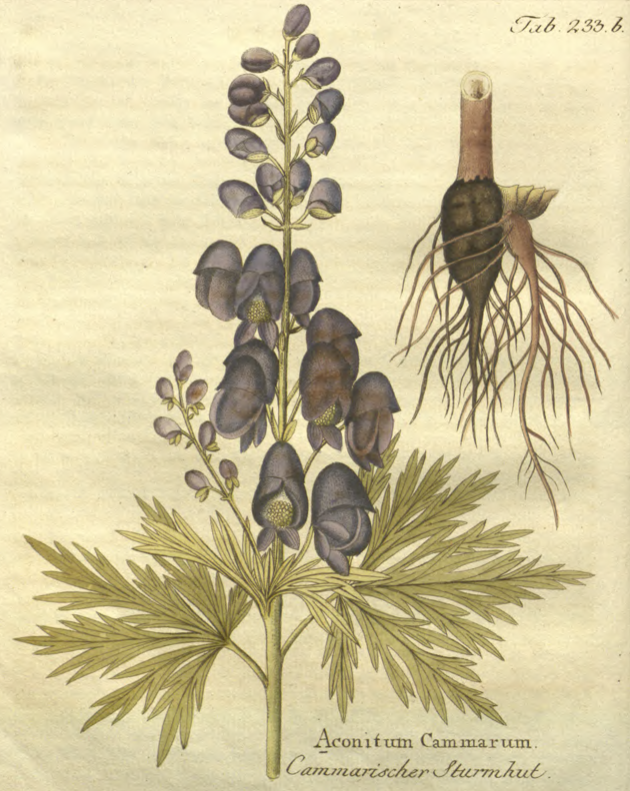 A. cammarum, a blue-flowered variety, similar in appearance and effect to A. napellus 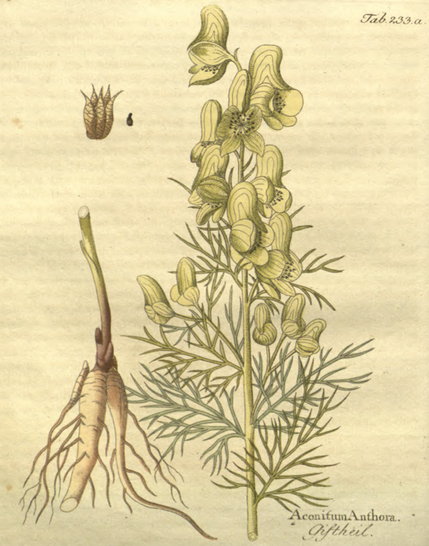 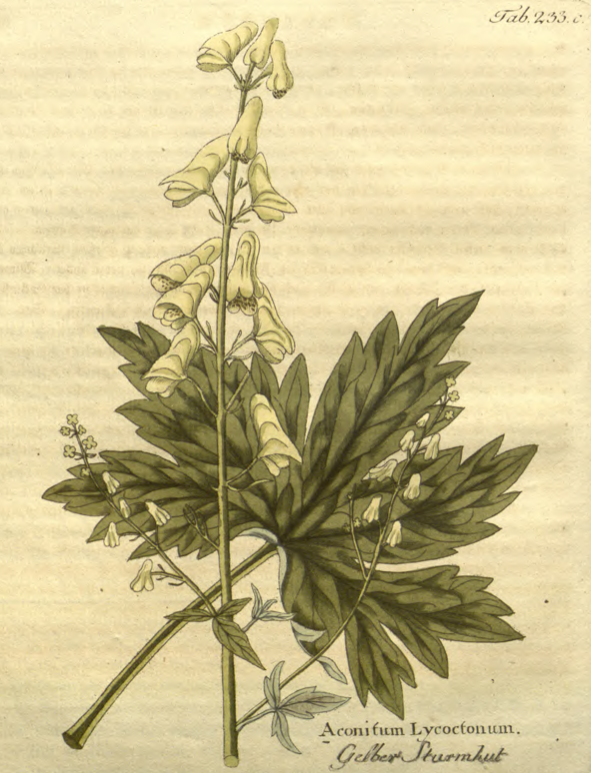