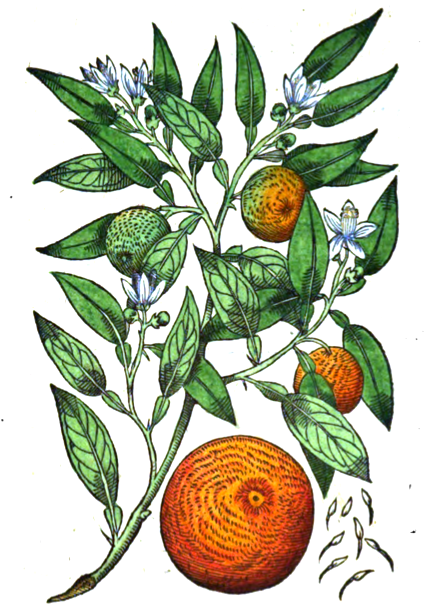 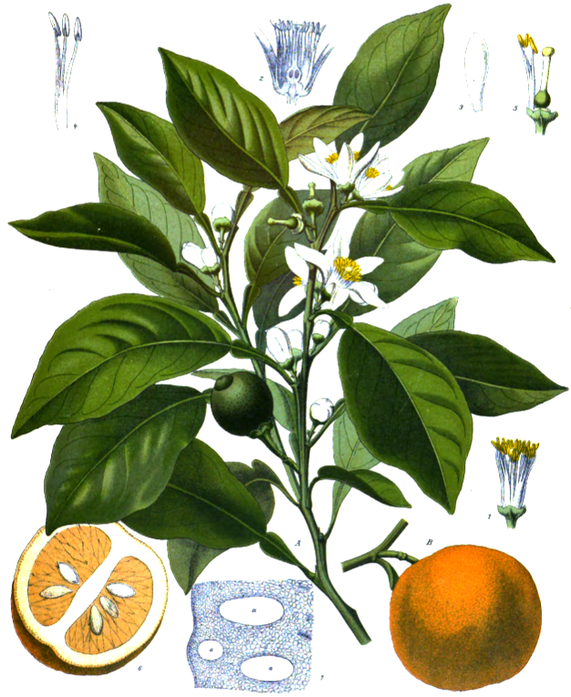 3. Clears Phlegm, Stops Cough:
-as with its Chinese cousin, Tangerine peel Ju Pi and Chen Pi, it can be used for Cold-Phlegm Cough and obstruction of Phlegm in the Chest.

2. Moves the Qi, Calms the Mind:
-nervousness, anxiety, depression
-distilled water of Orange flowers was a favorite of French women to promote calm and peaceful sleep
-an infusion of green Orange buds is also taken before bed to promote sleep

DOSE:
Of the Peel: 1–3 grams in Powder; 3–6 grams in Infusion or Decoction
Of the Flowers: 1–2 teaspoonfuls in infusion; 1–2 spoonfuls of the distilled water.

Cautions:
The peel is drying, so it not suitable for Yin deficiency.