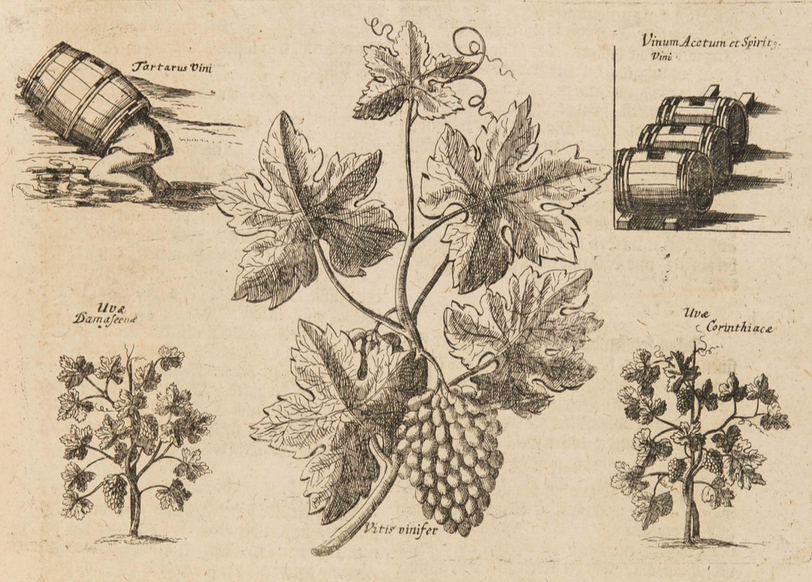 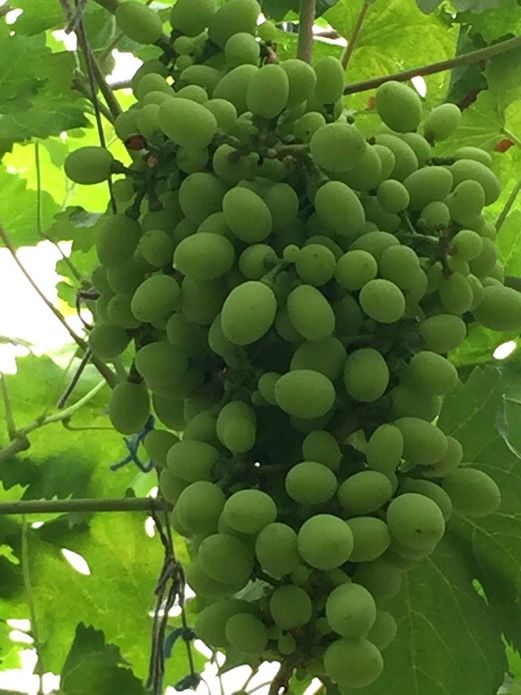 2. Clears Stomach Heat:
-vomiting and heartburn, as well as all hot fluxes of the belly from heat;
-Stomach heat with Fever, thirst, constipation, toothache or headache;
-mouth and tongue sores and ulcers.

5. Clears Heat and Poison, Resolves Masses:
-used in the treatment of Cancer (leaves, tendrils and fruit)
-Conjunctivitis and Redness of the Eyes topically (Korea)


SAP and SALT FROM THE ASHES:
Used for Urinary stones

JUICE of the UNRIPE FRUIT:
‘Better in all hot diseases than Vinegar’.

NOTE:
'... take this Rule in general, that in all cathartic or detergent Compositions, those which the Grocers sell by the Name of Raisins of the Sun, are most proper; because they are sharp, and attenuating: But in all Pectorals and Vulneraries, the Malaga Raisins are much to be preferred ; they being more fat, soft and emollient. Which by the Way is a Difference very few attend to, to the great Detriment of many a good Prescription.' (Dr. Quincy, out of A Treatise on Foreign Drugs, Geoffroy and Thicknesse, 1749)

PREPARATION:
1. Raisins are ‘stoned’ (seeds are removed) for use as the seeds ‘so much the harder pass through the body, and do quicklier and more easily cause obstructions’.
2. In Unani, they are roasted for Cough. Likewise in Tibetan Medicine, they are commonly used in powders and pills for Cough and Lung disease in which case they are roasted to facilitate powdering.

DOSE:
Of RAISINS: 6–8, every 2–4 hours during the day, and up to 9 can be added to a decoction. As a laxative, soak 12 or more Raisins in a cup of warm water, leave overnight, and drink in the morning;
FRESH GRAPES: 5–8 ounces can be taken once or twice daily;
GRAPE JUICE (Dark Grapes are best): 100–300mls., usually diluted, 1–2 times daily.
Of the ASHES of the BARK, TWIGS or ROOT: 1–2 teaspoonfuls in plenty of water, 2–3 times daily;
Of the SALTS of the BARK, TWIGS or ROOT: ½–1 teaspoonful of the salts can be added to a wineglassful of Wine, and this taken in teaspoonful doses.

SUBSTITUTE:
Figs; Sultanas and Raisins may substitute each other (Unani)

1. Cough, Raisins with Dates and Long Pepper made into a paste with Ghee and Honey (Ayurveda)
2. For Lung diseases, Raisins with Dates, Figs and Licorice.
3. Cough, Hoarseness, Asthma, Lung weakness, Raisins with Dates, Figs, Licorice, Barley, Maidenhair, Hyssop, Coltsfoot (as in Pectoral Decoction)
4. For diseases of the Throat including Hoarseness, Laryngitis, Tonsillitis, Raisins with Cyperus rotunudus, Ginger, Picrorhiza, Black and Long Pepper, Barberry, and Triphala (as in Drakshadi Churna, or Powder of Raisins, of Ayurveda)
5. Chronic Lung disease, Cough, chronic Asthma, difficulty Breathing, Raisins with Tabasheer, Safflower, Licorice, Cinnamon and Pomegranate (as in Raisin 7 Powder of Tibetan Medicine)
6. Catarrh, combined equal parts of Decoction of Raisin and Lime Water. (A Treatise on Foreign Drugs, Geoffroy and Thicknesse, 1749)
7. To strengthen the Stomach and promote Digestion, Raisins with Clove, Cardamon, Valerian, Cinnamon, Saffron (as in Syrup of Raisins of Unani)
8. As a Restorative Tonic in Anemia, Debility, as well as Cough and Bronchitis, Raisins with Cinnamon, Cardamon, Ginger, Long Pepper, Black Pepper, Nutmeg, Coriander seed, Sandalwood and Saffron
9. To cleanse and strengthen the Brain, Raisins with Coriander seed, Yellow, Black, Belleric and Emblic Myrobalans (as in Electuary [Itrafal] of Raisins of Unani)
10. Biliousness, Raisins with Chebulic Myrobalan and Sugar (Ayurveda)
11. As a mild laxative:
i. Raisins decocted with dried Figs and Licorice. It can be enhanced by adding Senna or Rhubarb with Aniseed if needed.
ii. Decoct Raisins (2 oz.) and Licorice (1 dram) in Water (3 lbs. down to 2 lbs.), adding Senna (3 drams) towards the end.