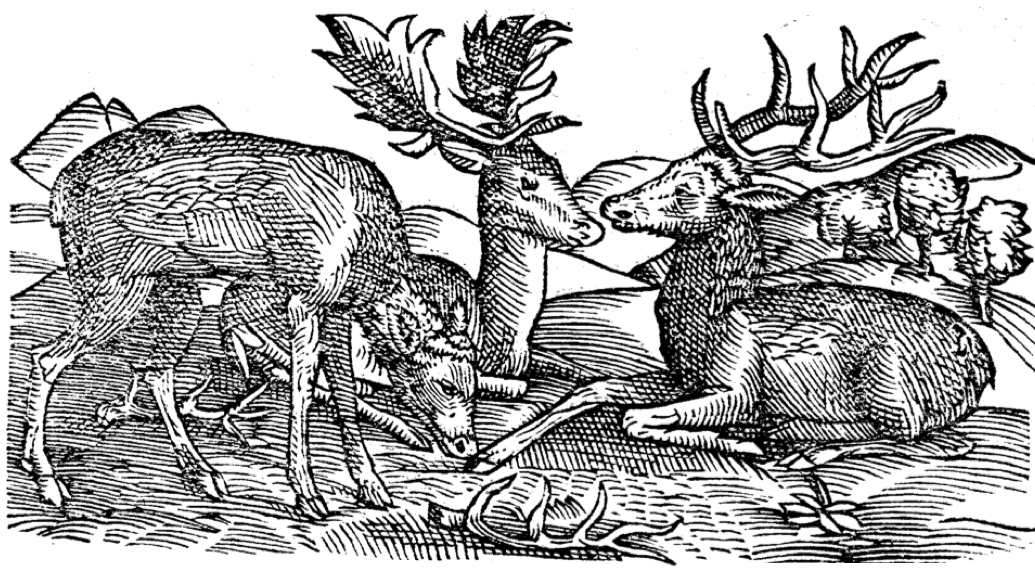 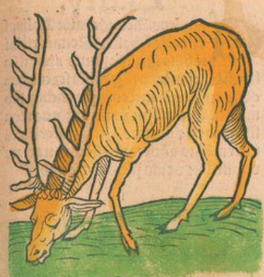 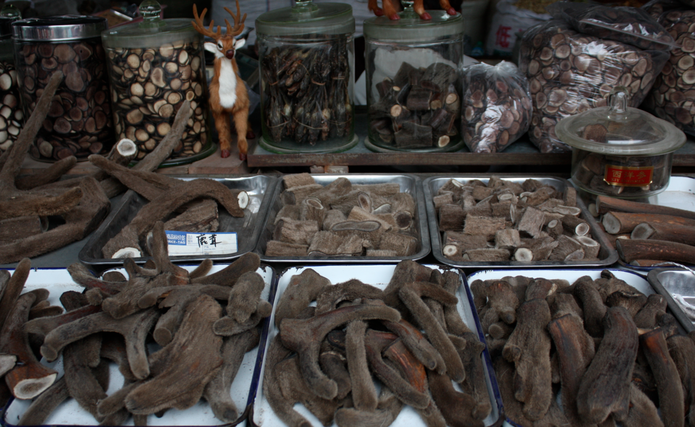 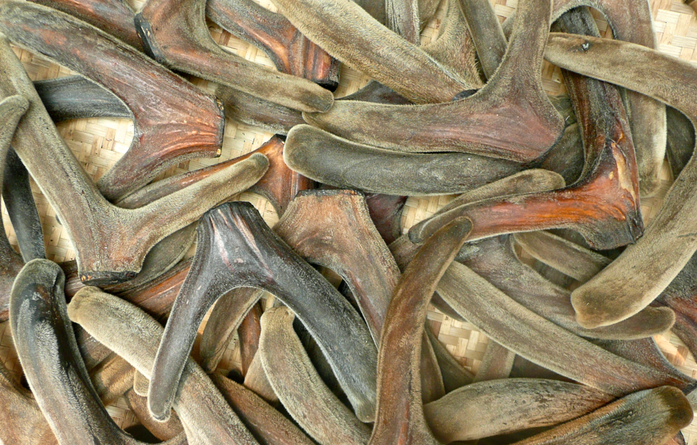 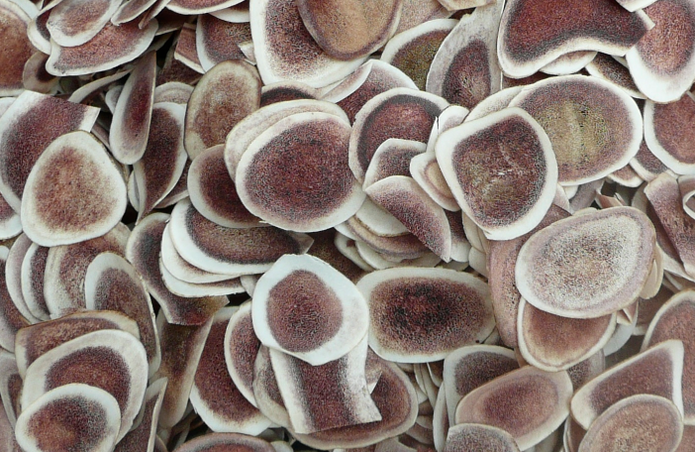 2. Benefits the Blood and Essence:
-debility, old age disorders etc.
-Consumption and similar conditions of debility in the West
-Tonifies the Yang, Blood, and Essence, while benefitting the Qi and Yin; it is therefore useful in all cases of Debility.

4. Warms and Strengthens the Uterus:
-leukorrhea, uterine bleeding, menorrhagia from a Cold and weak uterus.

NOTE:
1. All the forms of Deer horn have an effect of strengthening the Kidneys, restoring Yang and benefiting Bones and Joints.
2. The best tonic is Velvet Deer horn, harvested while still growing, and therefore contains Blood, marrow and growth factors. It strengthens Yang and Qi, nourishes Yin, Blood and Essence. It is a sex tonic and restores degenerated Bones and Joints.
3. Ossified (Mature) Deer Horn, shed by the Deer naturally is weaker to strengthen the Kidneys and Yang, but stronger to move the Blood, and also strengthens Bones and may be use for toxic sores and swellings.
4. Burnt Deer horn (most used in the West and Ayurveda) also strengthens the Kidneys and Yang, although weaker than Velvet Deer horn. It was highly regarded as a medicine to Resist Poison, and is used in Antidotes. In Ayurveda it is also used for Cough, Bronchitis, Pleurisy and Pneumonia. It also stops Bleeding.
5. Deer Horn Glue more gently strengthens Yang but also nourishes Yin and Essence. Its main use is to stop Bleeding, especially Uterine bleeding associated with Kidney weakness and Blood deficiency.

SUBSTITUTE:
1. Mature Deer horn is a cheaper substitute for the expensive Velvet Deer Horn. While it is not nearly as strong, it is still useful for Kidney Yang deficiency with lower back pain etc, and is considered stronger to reduce swelling and promote Blood circulation.
Main Combinations:

Cautions:
The Velvet horn is generally not used in Deficient Heat conditions.