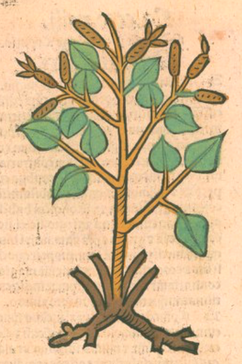 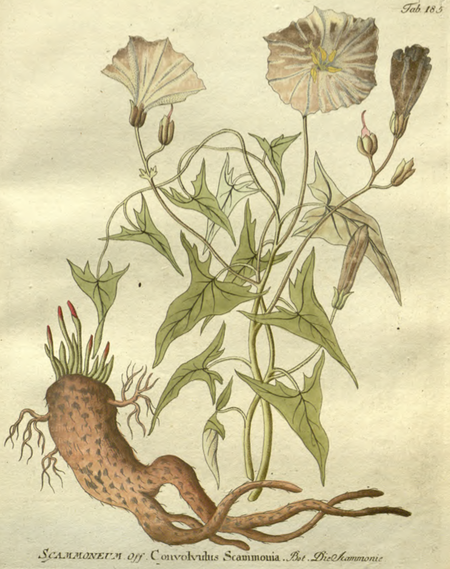 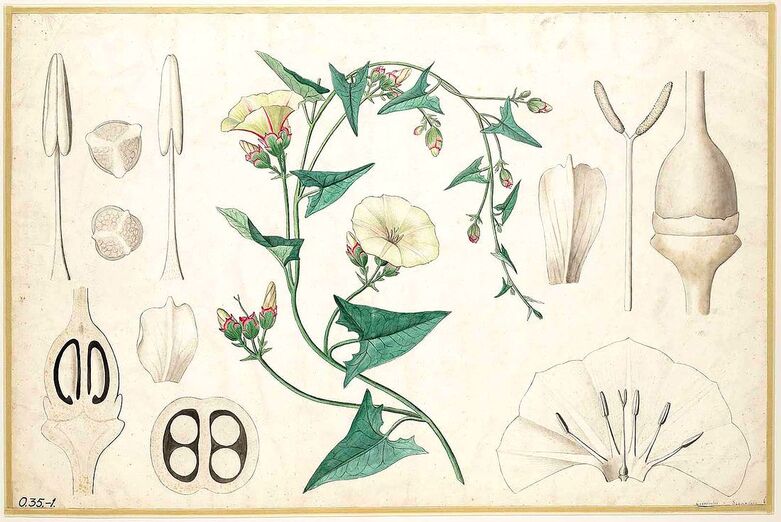 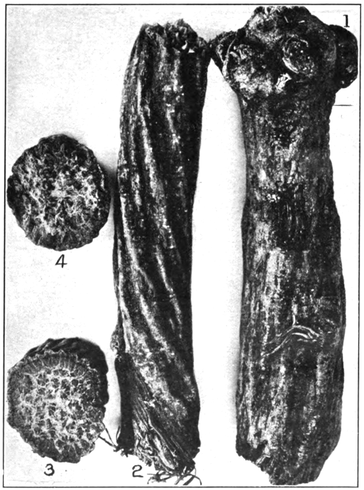 Parts used:
Gum-Resin; Root
‘Scammony’ and 'Diagrydium' actually refer to the dehydrated juice of the root which was the most used part. Good quality is light, clear like resin, grey, brittle, resinous, appearing greyish when powdered, a bitter taste, and unpleasant smell. The best quality came from Aleppo. Thick, heavy and very black is poorer quality, either being the juice of the whole plant, or adulterated.
Three main types were known: The Root is used similarly, but is weaker.

3. Kills Worms:
-Used for Broad worms by Celsus.
-used like this in Unani also, but the effects are not as strong as other anthelmintics. However, it is effective if combined with Turbith.

DOSE:
1. 'Aged Scammony in smaller doses, proves to be diuretic without causing purgation'. (Avicenna)
2. Avicenna noted its action (strength) varies from place to place. That's why some physicians prescribed larger doses.
3. 'Scammony will act only feebly if at all when the patient is living in a cold climate, unless a large dose be administered'. (Avicenna)
In Pills: 125–325mg (traditionally 5–10 grains, equivalent to 325–650mg)
Always used in formula, so follow proportions of the formula.

NOTE:
1. Scammony has been called one of the 'Pillars of Physick', so important it was in the humoral-purging school of medicine. However, it must be used in experienced hands. For that reason, the only possible use of Scammony in the modern world would be in some of the elegant formulas of Mesue and Nicholas in particular where a small amount is added to an otherwise gentle formula which also tend to be well corrected.

CORRECTIVES:
1. Scammony is corrected by preparing with Quince juice; it maybe roasted in a quince, or heated in Quince juice and dried. Avicenna also said it can be roasted in an Apple.
2. Scammony is corrected with Licorice, Cloves, Ginger or Cinnamon (Salmon)
3. Myrobalans and Mastic also correct its harshness.
4. In Unani, Rose is regarded as corrective.
5. Aloes was often added to ‘temper’ Scammony, 2 drams of Aloes to 1 Scruple of Scammony. (This was first recommended by Pliny)
6. 'The severity is, however, reduced by fifty percent when it is mixed up with the seeds of Celery'. (Avicenna)
7. 'it can be corrected by decocting it with the water of Sour Quince, Apple or Rose'. (Avicenna)
8. Some said the best correction was to dissolve the Scammony in clarified Lemon juice in B.M., then strained while hot. This was said to remove the ‘gross and impure substance that does nothing but hurt’.

SUBSTITUTES:
1. Aloe and Colocynth are used as substitutes. (Unani)
2. Prepared Castor seed
3. Elder root bark was an accepted substitutes classically.
Main Combinations:
Usually combined with a greater proportion of Aloe (in a ratio of 6:1 or more)

Cautions:
1. Caution must be taken in using these medicines. Severe intestinal irritation can follow even therapeutic doses. Death can result from overdose. It should never be used alone and should be used with Aloe, Rhubarb etc. in formula..
2. Not to be used in Pregnancy, by Children, the Aged, or in marked Weakness.
3. Never used in Heat and Inflammatory conditions of the Stomach or Intestines.
4. ‘Used immoderately and in time not convenient, it causeth swoonings, vomitings, and overturnings of the stomach... ’ (Gerard)
5. Taken frequently, it can produce hypokalemia, sodium depletion, and dehydration.
6. 'Harmful for the Heart ... Stomach and Liver'. (Avicenna)
7. Scammony should not be hot to taste; if it is, it was said to be adulterated with Spurge juice or Euphorbium.

TOXICITY:
'half dirham (1.75 gm), it would initially cause retention of fluids followed by pain, nausea and cold perspiration. Sometimes its purgative action is so severe that it becomes fatal.' (Avicenna)