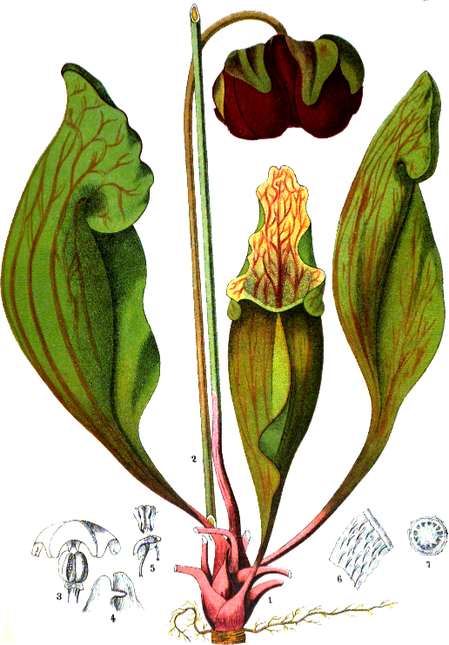 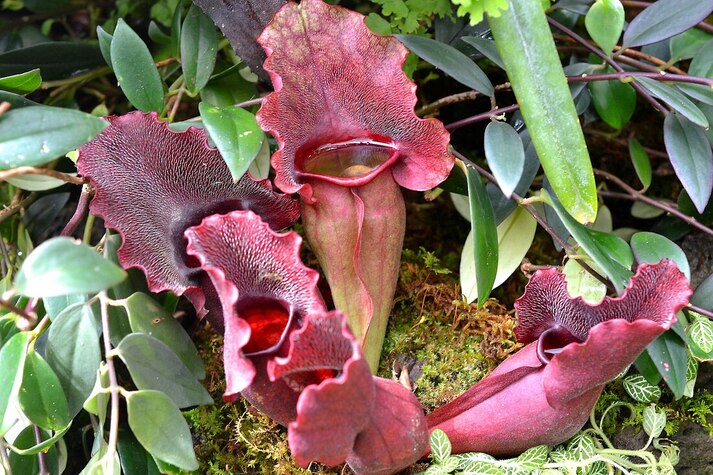 Botanical name:
Sarracenia spp. Some claimed the only active species was S. pururea (Morris), while others suggested a number of other species probably possess similar properties including: S. heterophylla, S. flava, S. rubra, S. variolatus, S. drummondii, S. psyttacina (King). The three species listed above were generally regarded as equivalent in effect, with the other species listed by King probably also equivalent.

Parts used:
Many authorities recommended using only the fresh plant.
Whole fresh plant when budding, before the leaves have fully expanded, or the fresh root gathered after fruiting.
King said the leaf was equally effective as the root, and also recommended the powder.

COMMENT:
A number of authors regarded this as specific for Small Pox, both to prevent and to cure (for example, Family Botanic Guide, Fox, 1924). However others, and specifically many European practitioners found it to be inert, and certainly ineffective against Small Pox. This was almost cerainly due to the dry material being too old and therefore to have lost its strength. This led some to say only the fresh plant or root should be employed to make a Tincture of Fluid Extract. However, others (King's) regarded the powder as effective. We may therefore assume fresh and dried products to be effective, as long as the dried product is freshly dried and prepared. In any case, the fresh plant or root appears to be more certain and effective, and therefore, should be used where possible. A number of modern sources (including PDR for Herbal Medicines) regards it as obsolete.
Main Combinations:
1. Promote Menstruation, Pitcher plant (Sarracenia), Blue Cohosh
2. Chicken Pox, Calendula with Pitcher plant (Sarracenia), Pennyroyal (1 oz. each), Senna (half oz.). Steep in 3 pints of boiling water and drink freely. (Family Botanic Guide, Fox, 1924)

Cautions:
None noted. The plant is said to contain traces of the toxic alkaloid Coniine (Hoffman).