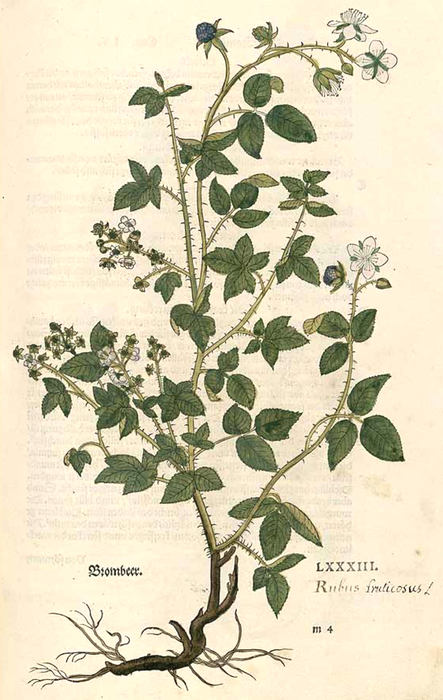 3. Externally:
-fruit juice was used for mouth, gum and throat diseases
-Blackberry wine and Jam is used for Sore Throat

3. Externally:
-as for external uses of the leaf, but stronger
-in ointment or fomentation for Prolapse of the Rectum (Salmon)
-Dislocations, Fractures
-applied to painful eyes

4. Externally:
-used as the leaf

SUBSTITUTE:
1. Unripe Raspberry fruit (Fu Pen Zi) may replace Unripe Blackberry fruit.
2. Blackberry and Raspberry may generally substitute one another, fruit for fruit, leaf for leaf. Raspberry is generally considered a little more tonic, Blackberry is more Astringent, but they are very similar in effect.

COMMENT:
Blackberry and Raspberry are similar in effect and use. Raspberry is considered more tonic. Dried Raspberry

Cautions:
The ripe fruit are cool and moist and cause nausea and indigestion if eaten too much.