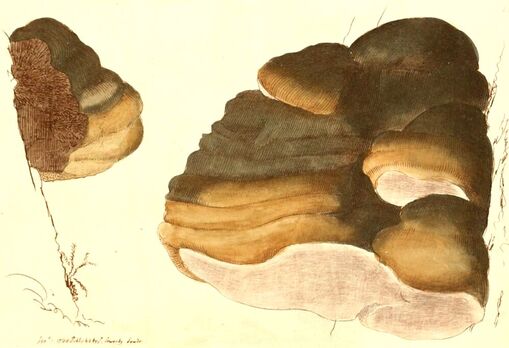 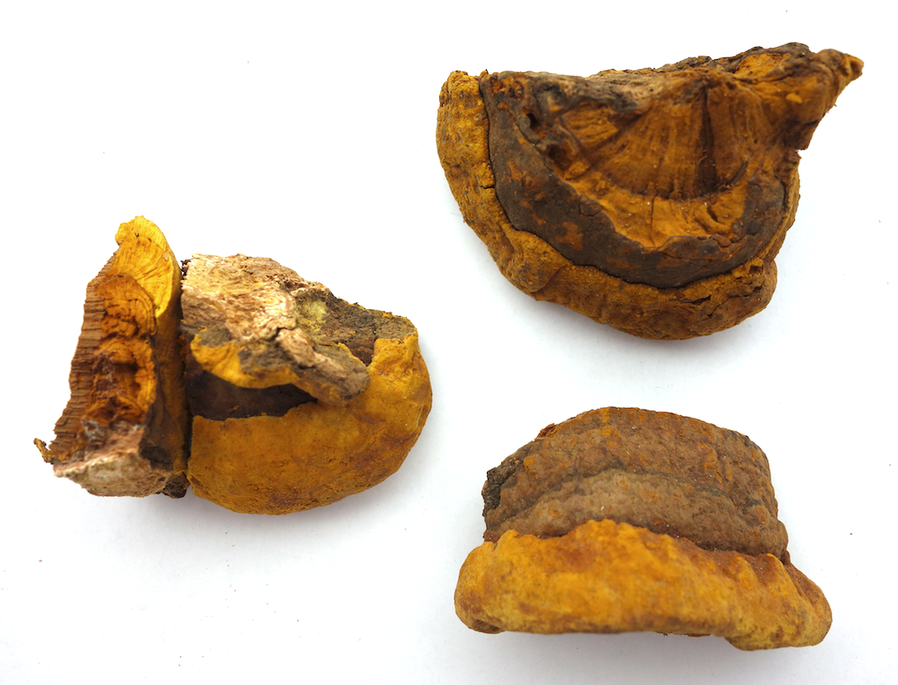 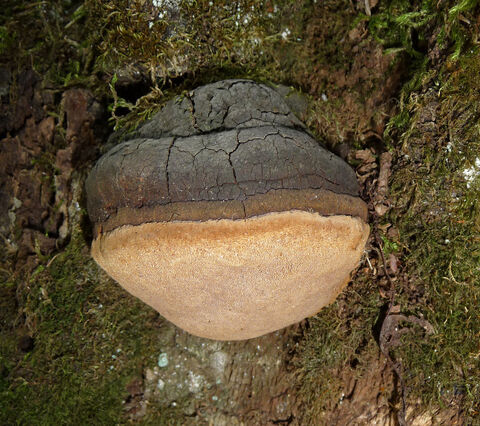 Botanical name:
Phellinus linteus (syn. Bolteus linteus)
The supply of Sang Huang on the Chinese market is diverse. There are over 250 species of Phellinus with over 60 being found in China. Recently, an investigation was undertaken to identify the various species supplying Sang Huang on the Chinese market. A number of varieties were found to be used.
The three primary species are:
1. Phellinus linteus
2. P. igniarius
3. P. baumii
P. igniarius and P. linteus are mostly cited as the official species, The latter is claimed to have stronger therapeutic effects of the 2 but this may be due to having had more research on it.
Other species which appear to be used indiscriminately include P. vaninii, P. pini, P. yucatanensis, P. yamanoi, P. laricis.
Chinese researchers such as Liu Bo believe Phellinus yucatanensis may be more appropriate as it is apparently mostly found on growing on Mulberry, and that tree is the traditional preferred source of Sang Huang. However, it appears the various species listed are probably synonymous in effect.

For our purposes, we will considered P. linteus and P. igniarius as synonymous with the current monograph relating to both species. Research has shown both species to have comparable anti-inflammatory and immuno-modulatory effects. Further, there appears to be little or no difference in their medicinal use.

Parts used:
Dried Mushroom; collected any time of the year; in China it is preferred to be collected from the Mulberry tree.

Cautions:
None noted.
It is regarded as totally safe, even in large doses, or when combined with other medication.

<
>
Click the Tabs above for more information on this Medicine
A number of cases of advanced Cancer with secondary metastasis have been recorded as having marked clinical results, some using Phellinus Sang Huang as a solo medicine. While these are not part of clinical trials and may be viewed as poor or biased reports, they are nevertheless compelling, and supported by research:
1. A case of hormone refractory prostate cancer with rapid progression of bone metastasis had a dramatic remission.
2. A 65 year old man with advanced Hepatocellular cancer and bone metastasis with no other treatment except localised radiation for painful sternum tumor had spontaneous regression of tumors.
3. Hepatocellular cancer with multiple Lung metastasis likewise achieved spontaneous remission and had no other conventional treatment other than Phellinus Sang Huang.
NOTE: The following research is for 'Sang Huang', Phellinus linteus, and Phellinus igniarius.
© MedicineTradition 2015–2022