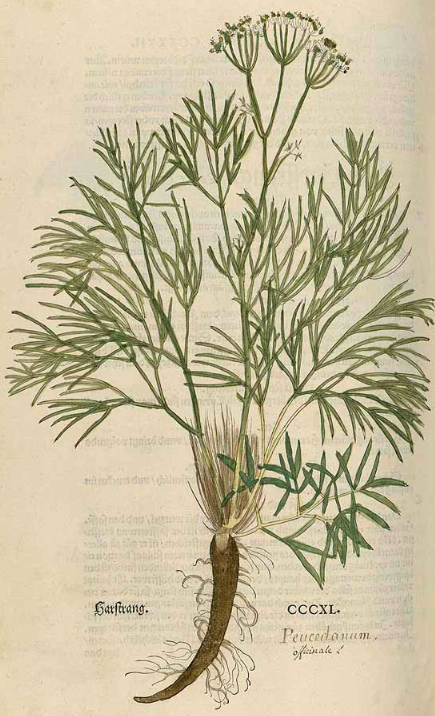 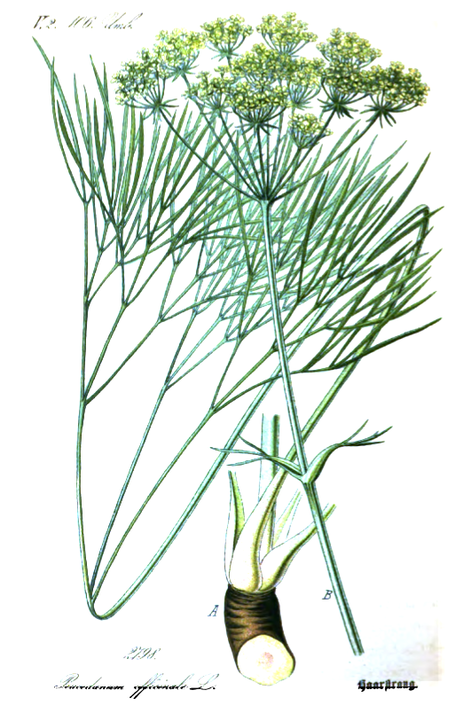 2. Warms the Stomach, Eases Pain:
-Colic, Flatulence, Meteorism and other digestive disorders
-the Chinese species has been shown to inhibit gastric ulcers and stop gastric spasms
-‘causes an Appetite’.

5. Moves the Qi and Blood, Promotes Menstruation: (West)
-Amenorrhea and Dysmenorrhea
-cramps and pain of the Uterus; Hysteria.
-Expels a Dead Fetus.
-Bruises, Trauma, and all cases with ‘Congealed and Clotted Blood’.
-the Chinese varieties have been shown to increase blood flow.

COMMENT:
1. The European and Chinese species are very similar. This is seen in the fact that P. officinale (the European variety) is called Yao Yong Qian Hu, ie. a variety of 'Qian Hu' (the Chinese name of Peucedanum).
2. In TCM, Qian Hu is accounted slightly Cool, and is primarily used for Phlegm obstructing the Lungs with Cough and Wheezing. It is believed to have a special function of promoting downward movement of Qi. This leads the Fire back to its source in the lower abdomen while simultaneously clearing Phlegm. in the West, Hog Fennel (also called Sulphurwort) is classed as Warm, and therefore more used for Cold Phlegm. We believe Peucedanum can be used for both Hot and Cold Phlegm disorders depending on the herbs its used with.
3. The primary function is to clear Phlegm obstructing the Chest. The Chinese Qian Hu is a suitable substitute for the rarely available Hog Fennel, used in the Western Tradition. It is also likely that the Chinese species can be used for the other functions listed above.

Major Formulas:
Electuary of Horehound Diaprassium
Electuary for Back Pain of Galen
Tincture for Vertigo

Cautions:
1. Not used for Yin deficiency.
2. Caution during Pregnancy