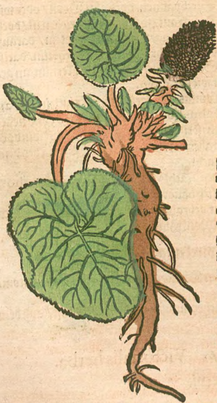 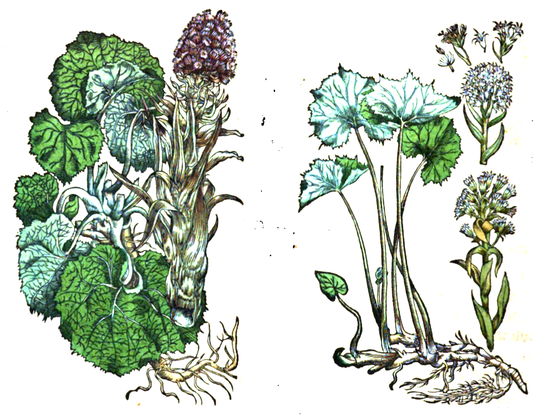 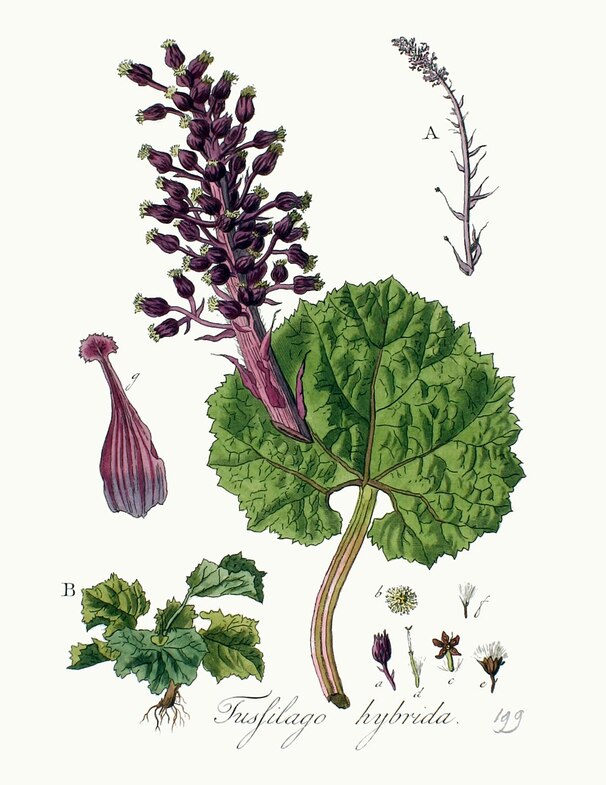 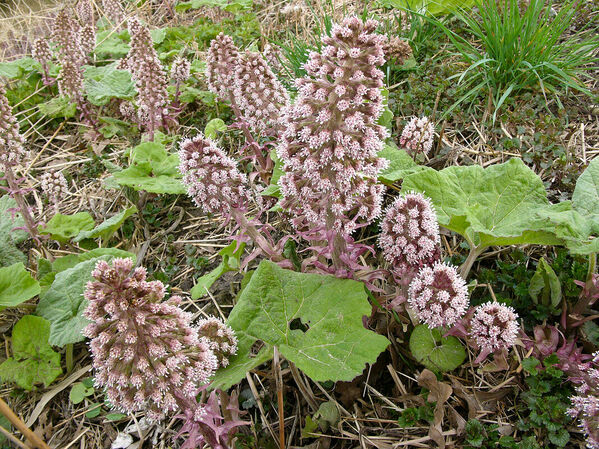 NOTE:
Although Butterbur is used for some similar respiratory diseases to its close relative Coltsfoot, they work in quite different ways. Coltsfoot is more of a mucilaginous antitussive which soothes the membranes to stop Coughs, while the action of Butterbur is more strongly Spasmolytic, thereby stopping spasm of the smooth muscles of the airways, associated with both Coughing and Wheezing. The two may be combined for spasmodic coughs, but the combined pyrrolizidine content means that half to two-thirds of a normal dose of each should be used.

DOSE:
Usually, dosage should begin small, and be increased as needed.

Of the ROOT in POWDER: 300mg–3 grams, taken in wine against poison;
Of the ROOT DECOCTION: 3–9 grams (to 15 grams); occasionally, up to 1 oz. was used in decoction to clear poison (this being taken in 2–3 doses over the day);
Of the ROOT in TINCTURE (1:10): ½–4 mls. Some recommend adding 1 drop of the Tincture to a glass of water to be taken throughout the day as a starting dose, this being repeated for the first week. Then one or two drops can be added every second day until a moderate to strong dose is being given. This method of administering is especially good for toxic conditions, tumors, and cancer, as well as those with chronic Lung disease.
Of the LEAF in INFUSION: 1–3 grams per cup of water;

SUBSTITUTE:
‘it has the vertues of Costus, and may be used instead thereof’. (Salmon)
Main Combinations
1. Asthma, with Elecampane, Licorice and Coltsfoot
2. Fevers and Epidemic diseases, with Angelica, Zedoary, Rue, Balm, Calendula