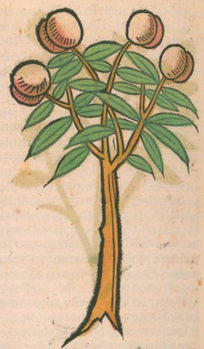 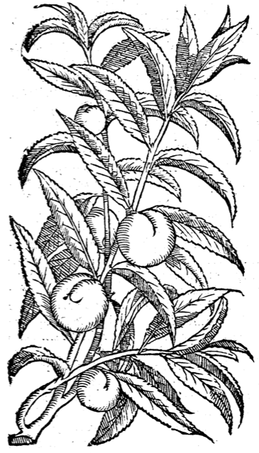 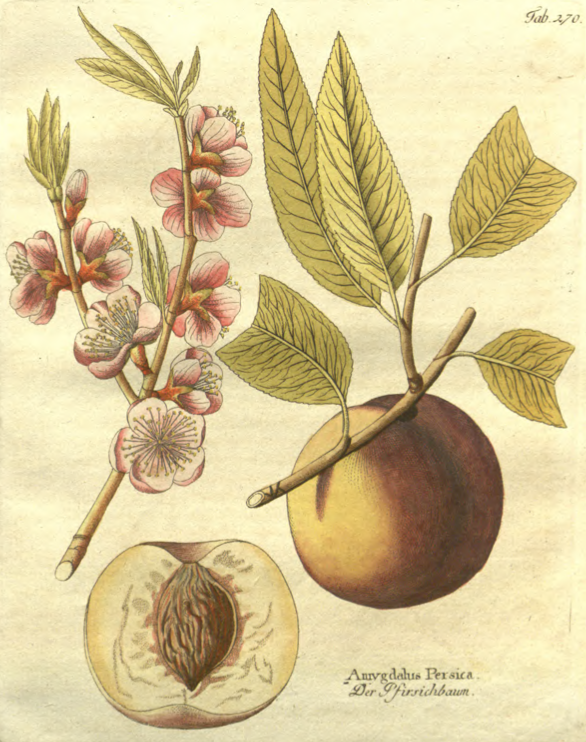 Parts used:
Kernels; Flowers; Leaf; Fruit
The twigs were occasionally used the same as the Leaves in the West.

2. Promote Urine, Breaks Stones:
-Gravel and Stones (West)
-regarded as very useful for Stones, both to pass and relieve pain

6. Externally:
-externally used in Emulsions against Headaches
-kernels bruised and boiled in vinegar until it is thick, is applied to bald places to promote hair growth. (Culpeper)
-in Tibet to promote growth of hair (oil or decoction topically)

NOTE:
Peach kernel is an important herb to treat Blood Stagnation in TCM. It is also used in TCM as a laxative for Constipation from dryness and weakness. In Europe, it was used for Blood stasis including Apoplexy and Tumors, and was also commonly used for Stones and to Kill Worms.

4. Moves the Blood:
-amenorrhea and abdominal masses and tumors.
-Palpitations.

6. Kills worms:
-boiled in milk and taken, or a plaster of the leaves laid to the navel of young children was used to kill Worms

7. Externally:
-used in douches for Uterine prolapse, Vaginal Trichomoniasis
-the leaf and been beaten and applied to Cervical Cancer in TCM.

2. Moves the Bowels:
-loosen the Belly, opens obstruction of the Mesentery, purges Water


PEACH TREE RESIN:
1. Used for hoarseness, loss of voice, and other defects of the Lungs, including spitting of blood.
2. Considered specific for Stones. (Usually used with Honey)
3. Used as a substitute for Gum Arabic

SUBSTITUTE:
1. Bitter Almonds have similar opening, blood-moving effects to Peach kernel, and were also used similarly for Stones. They are regarded as stronger and were more commonly used than Peach kernels in the west.

Cautions:
KERNEL:
1. Not used during Pregnancy.
2. Avoid overdose of the kernel; overdose can be fatal.

TOXICITY OF THE KERNEL:
7-10 pieces can be fatal to children; 50–60 pieces for adults. This is due to hydrolysis of amygdalin which results in small amounts of hydrocyanic acid which inhibits the respiratory center. Symptoms of overdose include difficulty breathing, spasms, dilated pupils; serious cases may cause coma and death.