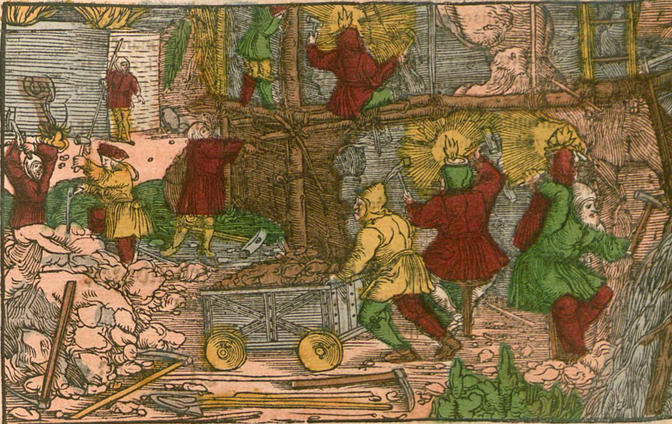 Illustration from the Chapter of Mineral and Metal Medicines,
Krauterbuch, Lonitzer, 1578
Minerals have long been used in medicine in all traditions. There are around 4900 described minerals, about 200 are classed as 'common' and 20 of them, 'very common'.

Major categories of minerals include:
Categorization in the Traditional Mineral Materia Medica typically include:
We have divided Mineral Medicines into the following categories:
In the Traditional Materia Medica some animal by-products (shells, pearls etc.) were classed with minerals while some medicines thought of as animal by-products were actually fossils (Toadstone, Lynx stone etc.).

In our clasification, some minerals are listed twice in different categories, for example Pearls can be classed as a Gem, Stones from the Sea, and Stone of Animal Origin.

A list of Primary sources for the Mineral Materia Medica can be found here.

Stones and Shells from the Sea

Other Resources related to Minerals: