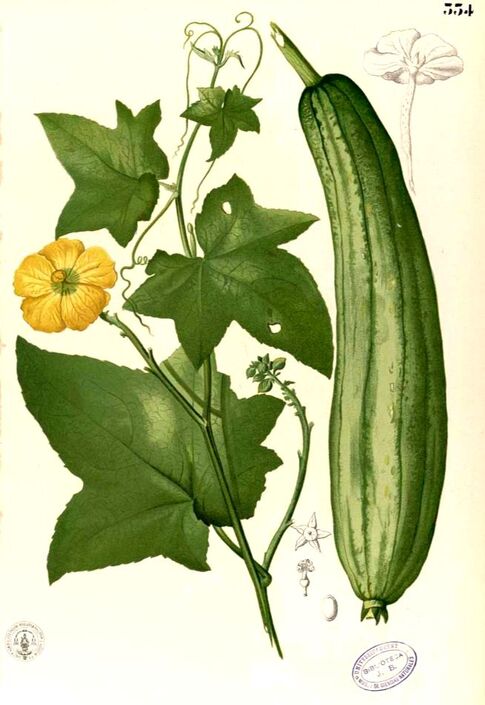 
SEEDS:
In Unani, the seeds are used, primarily as a purgative.

COMMENT:
1. The fine network-like skeleton of the dried fruit resembles capillaries, and this is why it was traditionally noted to open the fine capillary circulation.
2. Like other members of the Cucurbitaceae, such as the Cold seeds, it is useful for clearing Phlegm-Heat conditions including those with stagnation. Its slightly moist, slippery nature means it doesn't harm the Yin.
3. This medicine originated in India and was introduced into China in the Song Dynasty (960–1279 CE).

Cautions:
Generally safe.
1. Excessive use can cause Diarrhea due to its mildly moistening nature.
2. Commercial Luffa, used as a sponge or to scrub the skin while showering should not be used medicinally as it has usually been bleached.