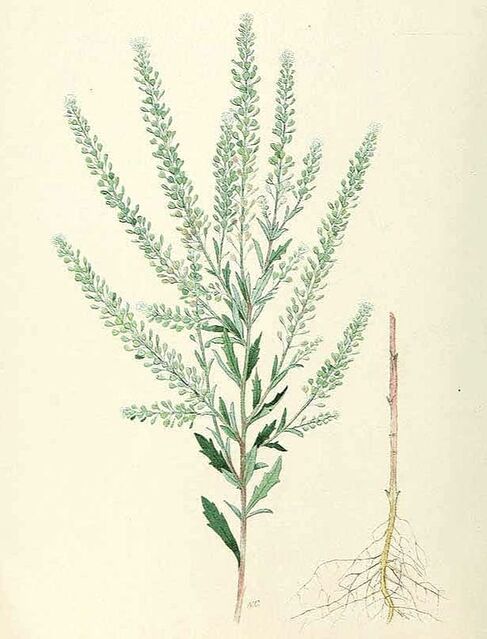 Temperature & Taste:
Cold (Warm), dry. Bitter, Pungent
This is definitely Warm in nature as its relative Garden Cress, or at least should be regarded as Neutral. This is evident in its burning irritation in large doses, and the fact that high doses have been associated with blistering, and even in its common name Pepperwort. The classification as a Cold herb is due to its effectiveness against Heat-type Cough.
Uses:
1. Clears Phlegm, Stops Cough and Wheezing:
-Cough, Wheezing from excess Phlegm, or Lung Heat

Cautions:
1. Avoid in Cold and weak Stomach
2. Avoid in Yin deficiency. Large doses or excess use can cause excess diuresis which may lead to hypokalemia.
3. Allergic reactions have been reported.