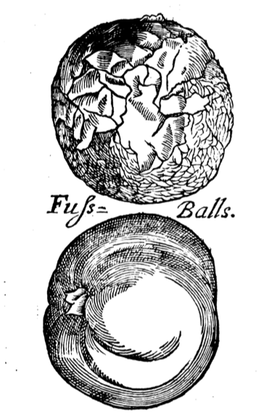 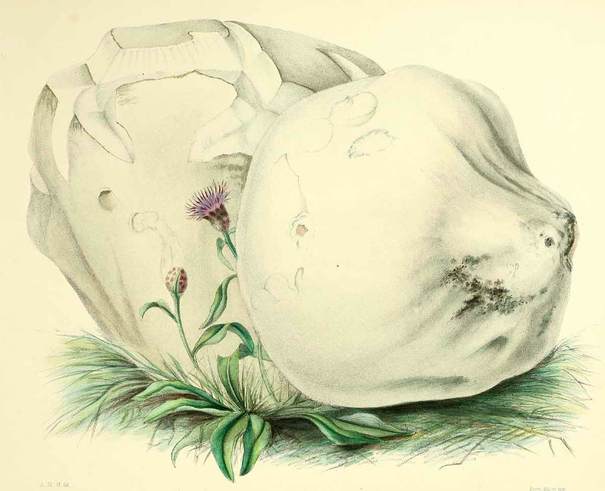 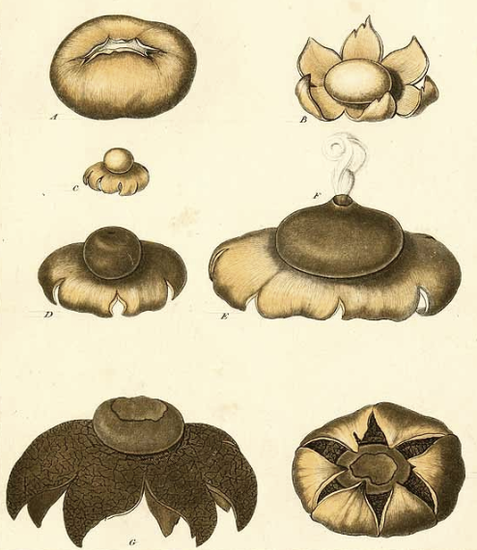 3. Clears Heat, Settles Wind:
-tincture has been used for Nervous affections (King's)
-some claimed them to have a mild narcotic effect.

DOSE:
1.5–3 grams (up to 6 grams) internally
Tincture (1 in 4, 40% alcohol): 1 dram for nervous diseases
In TCM it was classically taken by mixing the powder with Honey to a paste, then mixing the paste with water and drinking.
It can be blown directly onto the Throat or applied to stop Bleeding, or dry moist sores and wounds.

COMMENT:
1. This was widely used previously by Surgeons to stop Bleeding hence its name Fungus Chirurgorum.
2. When young, and still firm, they have been used as food in various cultures, including throughout Europe. Slicing finely, dipping in egg, then bread crumbs, and then shallow frying was a common way to prepare.
3. The smoke was used to stupify Bees to collect the honey.
4. It was also used as a form of tinder, smoldering spores remaining for a period, allowing people to carry fire.
Main Combinations:
1. Throat Swelling and Pain:
i. 'Take off the peel and blend it with honey. Mix it with water and sip it to treat inflammation of the throat'. (Kou Zong Shi)
ii. Heat in the Blood, Puffball with Figwort (Xuan Shen)
iii. Heat and Toxin, Puffball with Belamcanda She Gan, Licorice
iv. Heat and Toxin, Puffball, Lonicera Jin Yin Hua, Forsythia Lian Qiao
v. Heat and Toxin, Puffball with Isatis Ban Lan Gen
2. Loss of Voice from Wind-Heat and Toxin, Puffball, Lonicera Jin Yin Hua, Gardenia Zhi Zi, Figwort (Xuan Shen), Isatis Ban Lan Gen, Mint (Bo He)
3. Nose-bleeding or Hemoptysis during Pregnancy, 1 ½ grams of Puffball powder is taken with Rice Congee.
4. Bleeding, mix with Bile and applied topically. (Tibet)
5. Snake Poison, mixed with Musk and applied (Tibet)

Cautions:
Generally safe.
1. Some reports of allergic reactions have occurred. Symptoms may include nausea, vomiting, chest oppression, throat constriction, papular eruptions, facial edema. (Bensky)
2. Beware of getting the powder in the eyes which is greatly irritating.