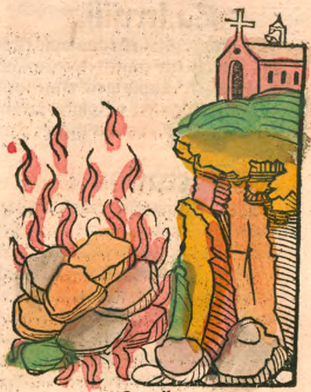 Minerological name:
Two different minerals have been suggested as the source of Memphites: As one of the old names is Ophites ("Serpent Stone"), we believe it to be a variety of Serpentine.
Porphyry has also been suggested as the possible stone. Best and Brightman, Editors of the translation of the Book of Secrets (Albertus Magnus) suggested the stone may have been Dolomite.

Parts used:
Small pebbles from Memphis, Egypt, described as 'fatty' (pingous) and mottled.
Seems to be green stone, although some said white, black or grey

Temperature & Taste:
Cold, dry.
Uses:
1. Stops Pain:
-said to relieve severe pain of Burning, Trauma, Amputation or Torture
-said to induce Stupor
-made into an ointment and smeared on a part to be cut or cauterized to relieve pain

Dose:
To relieve pain, the powder was taken with water, or it was macerated in vinegar and taken.

Comment:
An interesting viewpoint has been made about the possible nature of this stone. It has been postulated that the stone was primarily calcium carbonate, and when mixed with vinegar produced carbonic acid which has been used as an anesthesia. While some sources, such as Dioscorides, suggested taking the powder directly, some said it was to be mixed with vinegar. Perhaps some of the older sources knew of its uses without knowing the correct method of using it.
Main Combinations:

<
>
Click the Tabs above for more information on this Medicine
MEMPHITES LAPIS --- Memphite Stone, found near Memphis, in Egypt, and deriving its name from the locality, and the size of the pebbles. It is thick, of the colour of the worm, according to the description of Dioscorides and Pliny. In fact, however, its nature is now unknown. (Rulundus, Lexicon of Alchemy, 1612)
If thou wilt that a man suffer no pain, nor be tormented
"Take the stone which is called Mempbites, of the city which is called Memphis, and it is a stone of such virtue as Aaron and Hermes say: if it be broken, and mixed with water, and given to him to drink, which should be burned, or suffer any torments, that drink induceth so great unableness to feel, that he that suffereth, feeleth neither pain nor tormenting'. (Albertus Magnus, Book of Secrets)
© MedicineTradition 2015–2023