Cranesbill is the common name of the Geraniums; Gratia Dei 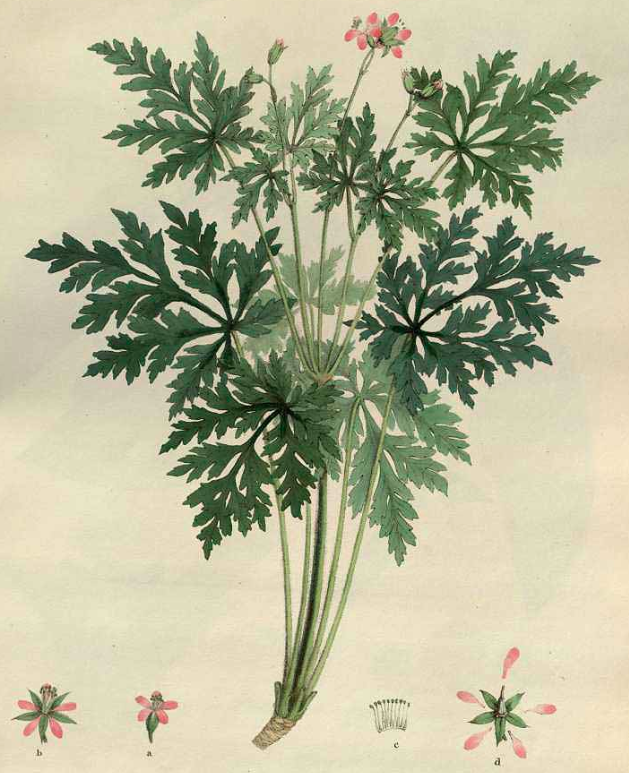 Royle, J.F., Illustrations of the botany and other branches of the natural history
of the Himalayan Mountains and of the flora of Cashmere, Plates, 1839 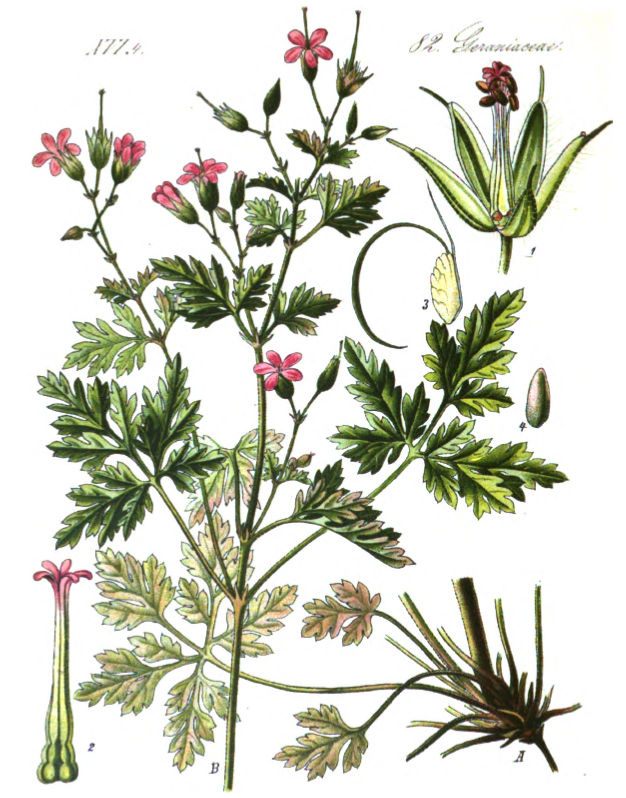 3. Clears Wind-Heat:
-Fevers (internally, and with salt and vinegar applied to the soles and pulses).
-various skin conditions coming from heat.

5. Clears Heat, Settles Wind, Calms the Mind:
-Large doses (2 drams of the powder) were given to Lunatics. (Fioravanti)

6. Externally:
-applied to fresh Wounds, Tumors and Ulcers, including old Ulcers of the Genitals.
-concentrated decoction or ointment can be applied to chronic non-healing sores and cancers
-poultice for Rheumatism.
-the decoction made with lye is used as a wash for putrid Ulcers.
-all Cranesbills are used externally to allay the heat of Fever (applied to the Soles with Salt and Vinegar)
-also to ‘discuss’ Milk, and for ‘Clefts’ of the Breasts

Cautions:
1. Not for Cold and weakness of the digestive system.