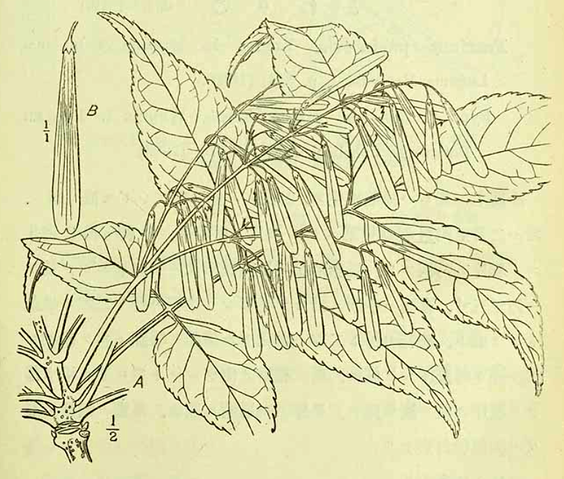 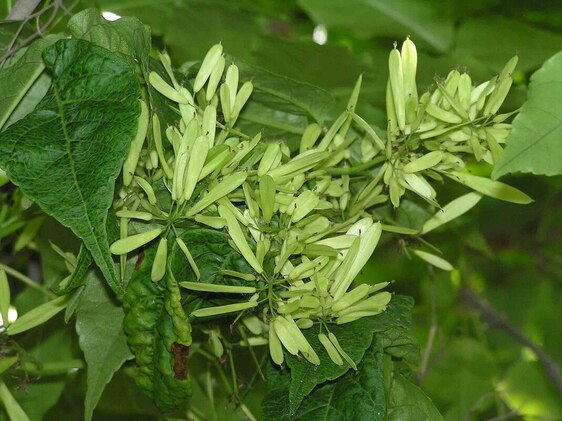 COMMENT:
This is an interesting medicine as its use in TCM and Tibetan Medicine is quite different. In TCM it is primarily used as an astringent that clears Heat, for Diarrhea, Dysentery and Leukorrhea. It benefits the Eyes, and clears Liver Heat.
In Tibetan Medicine, it is primarily indicated for Fractures, hence the recommendation of Eucommia Du Zhong as a suitable substitute. However, older TCM texts list it as having an Essence-tonifying action, suggesting a strengthening effect on the Kidneys. Its Essence-building quality was noted as being due to both its astringency (which stops loss of Essence), along with a tonifying action of its own. Thus, it also strengthens the Kidneys, Bones and Lower Back which is also related to its TCM indication of being useful for Wind-Damp pain (arthritis and rheumatic pain).
It's also worth noting that Ash tree 'keys' (seed pods) were highly regarded as an aphrodisiac Kidney tonic in the Western Tradition, indicating a Kidney tonic action of the tree.

SUBSTITUTE:
1. Eucommia Du Zhong has been listed as a substitute by Tibetan sources (in Russia). This is an effective substitute for one of the primary indications in Tibetan Medicine, to heal fractures, and for weak and aching lower back. It is not a suitable substitute to clear Heat and Damp in Diarrhea and Dysentery, however.

Cautions:
Caution in Cold and Weakness of the Stomach