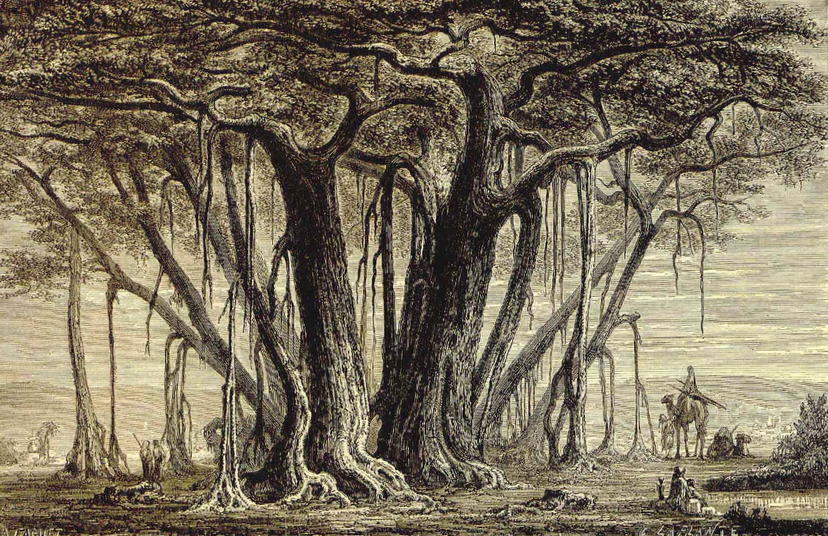 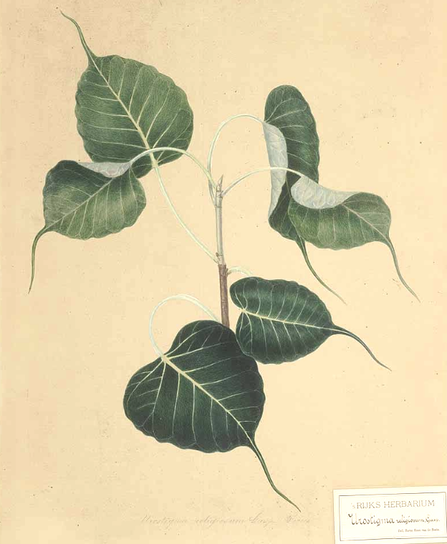 COMMENT:
This is revered as a sacred tree and is used in ceremonies and ritual for protection, fertility, wisdom, development, and to raise the character of a person.
Main Combinations:
Four Figs
In some Ayurvedic preparations, the leaf and/or barks of the '4 Figs' are combined: Ficus religiosa, F. bengalensis, F. racemosa/glomerata, F. lacor/retusa).
Panchkshiri Vrkshas: the Five Latex-Bearing Trees
A fifth is added to the above group, traditionally Thespesia populnea (which is replaced by Salix caprea in some texts). These five are called Panchkshiri Vrkshas (the five latex-bearing trees). Together, they are astringent, hemostatic and anti-inflammatory, used for diarrhea, dysentery, skin diseases, ulcers, leukorrhea etc. They are also regarded as promoting Fertility and are useful in Diabetes.

1. Aphrodisiac, fruit, leaf-bud, bark and root are together boiled in milk with sugar and honey added.
2. Blood diseases, Syphilis, non-healing Ulcers, Ficus religiosa bark with Neem, Catechu, Adhatoda, Triphala and Bdellium (as in Varadi Guggulu)
3. Severe colic, decoction of the root-bark with Salt and Jaggery.
4. Topical oil for Skin diseases including Erysipelas, Eczema, Itching and Boils, Ficus religiosa bark with Costus, Madder, Red Sandalwood and Triphala, decocted in Sesame oil with juices of Fumitory and Turmeric root (as in Nalpamaradi Taila)

Cautions:
1. Avoid in constipation. Long-term use dries the body.